An open-and-shut case, or so they thought. The mess made of the Neeraj Grover murder case. 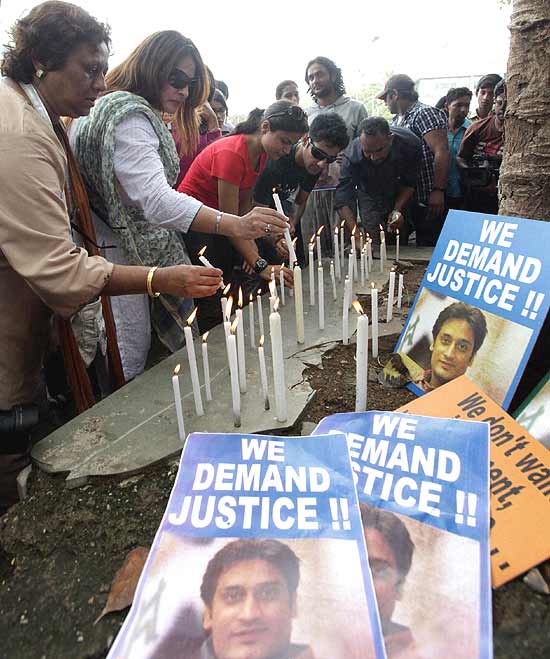 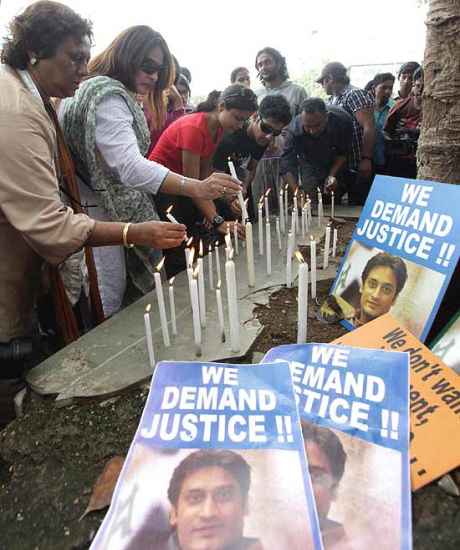 Three years ago, it was a case that shocked the country. Neeraj Grover, a senior executive at TV production firm Synergy Adlabs, was stabbed to death in Kannada actress Maria Susairaj’s flat, supposedly by her fiance, Emile Jerome Mathew, a bright naval officer. The couple then hacked the body to pieces, stuffed it in two bags before driving to the Manor jungles in Thane to burn the body using petrol they bought on the way. As days passed, the evidence started piling up, so did the witnesses. It looked like an open-and-shut case. Both Emile and Maria were put behind bars and their bail applications rejected.

Now, three years on, people are even more shocked to see Maria walk free. Apparently, her only crime was “destruction of evidence” for which she’s already served the maximum sentence of three years. No life term or death penalty for Emile either—he got 10 years, of which again three are already over. The judge ruled it was a crime of passion and not premeditated murder. Friends of Neeraj are aghast. “Aren’t all murders crimes of passion? Then why not let all murderers go free,” asks documentary filmmaker Ashok Pandit, who was present at Maria’s press conference (organised so that she could stress the fact that she was innocent) with a group of friends to protest against the verdict.

Neeraj’s other friends like Chetan Morada are also dismayed. “This is not a case of temporary insanity. Maria called Neeraj over and then called Jerome. How do you let your fiance into the house when you have another man sleeping in your bedroom? Would anyone do it unless something was planned? We will be appealing in the high court,” he says. Vibhav Krishna, a criminal lawyer who has promised Neeraj’s parents legal help when they appeal, makes a similar point: “In such cases, it matters how evidence is presented. The outcry over the miscarriage of justice is because Maria seems to have encouraged Jerome by calling him over to her house. Also the subsequent events—the way Maria coolly went to buy the knife used to hack Neeraj, and how, according to Maria’s confession, they made love next to the corpse. It shows a certain criminality.” Indira Jaising, well-known lawyer and rights activist, also points to the brutal way in which the body was disposed of that could have aided the prosecution’s cause. “Maria is guilty of conspiracy because there was a meeting of minds. She agreed with the murder because she took steps to get rid of the evidence. That shows that she was complicit with the crime. Whether or not she actually killed the victim or hacked up the body comes later,” she says. 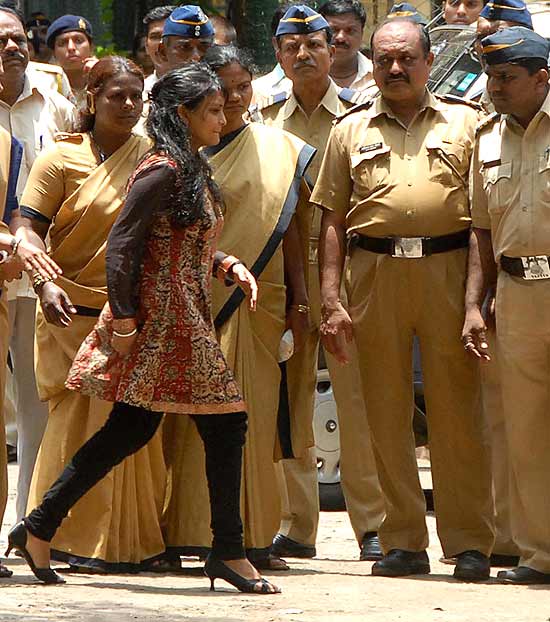 There is support pouring in for Neeraj’s father Amarnath Grover and he is hopeful that the HC will give his son justice. “The law is so delicate that everything is open to interpretation. But given the crime committed, we are wondering at the judgement,” he says.

Neeraj’s family and friends, quite predictably, feel that the murderers got off scot-free. Others closely associated with the case, like Meenal Baghel, editor of Mumbai Mirror, who has followed the case in detail since it first broke and has written a book on it, Death in Mumbai, feels the judgement has to be looked at dispassionately. She points out that both Emile and Maria have been convicted once. “Had there been an acquittal, I would call it a travesty of justice but at present people are simply enraged by the quantum of punishment handed out.” Baghel has spent a lot of time with Maria and Jerome and their families. What sort of people are Maria and her fiance? “They were bright, middle-class people who were very ambitious like any other young people in a metro. They were not criminals,” she says. But they got rid of the evidence, like washing Maria’s room with detergent and acid to remove any tell-tale signs after killing Grover, in such a calm and calculated manner? “A strong survival instinct kicked in, which is why they disposed of the body and the evidence in the way they did,” is her answer.

The line is undoubtedly fine between Section 304, which is culpable homicide not amounting to murder, and Section 302 (Part I) that deals with premeditated murder. “In crimes like murder or rape, the mystery and brutality is highlighted by the media. As a result, there is an expectation that the harshest possible punishment be meted out. But in the courtroom, it is up to the prosecution to convince the judge using hard evidence,” says criminal lawyer Amit Desai. On the judgement itself, Indira Jaising feels the judge took “a stereotypical view that a man would not be able to stand his woman sleeping with another man and would therefore be driven to murder and also of casting Maria in the light of the eternal temptress. Holding such notions is simply archaic”.

The police, meanwhile, claim they did a thorough job. According to investigating officer Satish Raorane, all possible evidence was collected and there was nothing more that “science or investigation” could have done to prove the case. In addition, there were several strong witnesses, like Emile’s friend and roommate Lt Vasanth Kumar, who deposed that the former was upset and angry when he boarded the flight for Mumbai. And that Maria had called Neeraj over to her flat—supposedly to “help her with shifting”. Phone records also show that Emile called Neeraj and also that he knew he was with Maria that evening. Raorane believes this shows premeditation and Maria’s motive for arranging the murder. “She was annoyed and suspicious because she felt Neeraj was fooling her by not getting her an acting job despite sleeping with her,” he claims.

Public prosecutor R.V. Kini says his side presented 48 witnesses—from the watchmen who saw Emile and Maria load the car with two bags to the petrol pump attendant who sold loose petrol to Emile to the roadside seller who sold Emile the lighter used to set the corpse on fire. According to him, the prosecution’s case did not rely on Maria’s confession at all and was building a case based on the evidence to show premeditated murder. Well, all this will again come up for hearing as the state and Neeraj’s father knock at the high court’s doors. Will the prosecution be able to convince another judge that his murder was premeditated?