Margins Of The Mind

Bollywood bamboozles all, but regional directors still make cinema for cinema's sake, not for the cash till 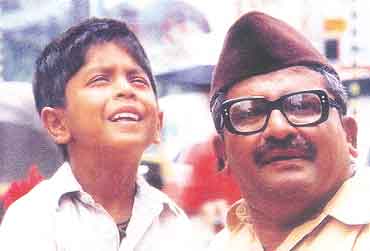 outlookindia.com
-0001-11-30T00:00:00+0553
The script couldn't have been worse. Troughs overshadowed the highs. Fadeouts interrupted flashes of brilliance. Dampeners doused flickers of hope. Yet the last 10 years saw the independent strand of India's regional cinema negotiate the ups and downs of life with composure even as commercial rewards and critical accolades eluded it.

Bollywood bamboozled all. Buffeted by costly flops and impelled by the multiplex culture, Mumbai cinema's pan-Indian narrative idiom promised to give way to greater experimentation within genre parameters. But strangely it became increasingly fashionable in influential quarters to dismiss non-mainstream films as ponderous and pretentious.

So, Bollywood remained trapped in the formula rut. As sugar-coated, feelgood designer romances, starting with Hum Aapke Hain Koun (1994) and Dilwale Dulhaniya Le Jayenge (1995) and stretching up to Kal Ho Naa Ho (2003), overran the collective mindspace, truly inventive cinematic voices could only dream of breaking through the hi-jinks hubbub. 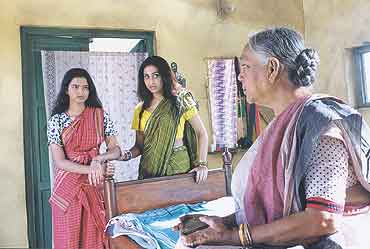 Shwaas (Breath), a small Marathi film by unknown debutant Sandeep Sawant, went all the way to Los Angeles in quest of an Oscar this year. It fell way short but did make quite a dent in the hegemony of mucky mainstream Mumbai movies.

Profit-driven, glamour-oriented regional films, often replicating Bollywood-style masala fare, continued to think and act local. They thrived in Tamil Nadu, Kerala, Andhra Pradesh, Bengal, Assam and Maharashtra without quite managing to keep Bollywood at bay. Non-commercial regional filmmakers kept their noses just above the water. They pushed for an increased national, even international, profile, tying up with big-time Mumbai producers, even seeking financial backing from world players. In that strategy was their only hope of survival and salvation.

While mainstream cinema, for the most part, peddled candyfloss, offbeat regional films chased the truth. No prizes for guessing who found more takers. Big budget Hindi flicks delivered escapist love stories and comic capers; low-budget language cinema addressed disturbing contemporary themes: the guilt of a hangman, the Graham Staines killing, the plight of a Gujarat riot victim, complexities of sexual and gender identity, and the troubles of a sex worker's daughter seeking escape from her benighted world.

Mercifully, these films did not keel over under the weight of mainstream Hindi cinema's misplaced and mounting global ambitions. The emergence of Bollywood as a brand undermined the diversity inherent in Indian cinema and reduced it to a fount of exotic fantasies featuring much singing, dancing and melodrama delivered by flamboyant, nattily attired, larger-than-life stars in picture-postcard settings.

Song-and-dance extravaganzas may inveigle India's masses but they just aren't good enough cinematically to rank alongside the world's best. So, while votaries of Mumbai masala made tall claims of imagined global conquests, China, Hong Kong, Iran, Taiwan, South Korea and Thailand, with a stunning range of cinematic expression, made all the inroads.

In the '90s, the world's perception of Indian cinema went into a warp. For most cineastes, Indian films once meant the work of the likes of Satyajit Ray, Mrinal Sen and G. Aravindan. Today, Bollywood kitsch dominates all discourse about Indian cinema to the latter's detriment.

The right-wing bjp's ascent and the exodus of Indian software professionals, besides the demise of Satyajit Ray, opened the sluice gates for Bollywood. Popular Hindi cinema mirrors the Sangh parivar ideology. Both thrive on myths and selective amnesia. Bollywood enforces stereotypes, defends status quo and perpetuates deeply ingrained, insular mindsets about virility, gender identity and morality. The right-wing loves Bollywood. No wonder Sushma Swaraj, one-time I&B minister, went out on a limb to glorify Hindi potboilers on the world stage, notably at Cannes. She's out of the picture now but Bollywood continues to seek deliverance in vain in the French Riviera sun.

The growing size of the expat community in the West has given Bollywood a false sense of its global appeal. Hindi blockbusters routinely break into the US and UK charts. But that's where the story ends. Conventional Mumbai films are hardly known outside the confines of the NRI communities. Films like Shekhar Kapur's Bandit Queen, Monsoon Wedding, Mani Ratnam's Kannnathil Muthamittal (A Peck on the Cheek, 2002), and Mondo Meyer Upakhyan are. But neither mainstream Mumbai industry nor the media that parrots every word that emanates from there will ever admit as much.

Yet, look around the country today and you are unlikely to find a single 'serious' regional filmmaker who is out of work. Some are not as prolific as the others, but they are all doing fine. Adoor and Shaji N. Karun in Kerala; Girish Kasaravalli in Karnataka; Mani Ratnam in TN; Dasgupta, Goutam Ghose, Aparna Sen and Rituparno Ghosh in Bengal; Palekar and the Sumitra Bhave-Sunil Sukthankar team in Maharashtra and Jahnu Barua in Assam continue to make films at their own pace and on their terms while seeking to inch close to the mainstream national production-distribution network structure without compromising on their independence. 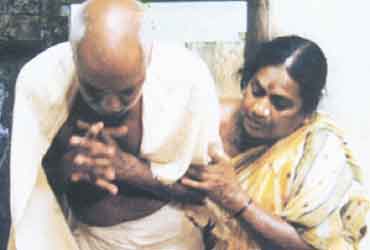 Adoor's last two features—Kathapurushan (1996) and Nizhalkkuthu—were part-produced by Japan and France respectively. Shaji's lush 1999 film, Vanaprastham, had French backing and he followed it up with a Hindi-language effort, Nishaad. Palekar, coming off three Marathi films—Bangarwadi, Dhyaas-Parva and Anaahat—joined forces with actor-producer Shah Rukh Khan to direct his most 'commercial' film to date, Paheli.

In Bengal, Dasgupta is in the middle of a two-film deal with Mumbai financier-producer Jhamu Sugandh. A Mumbai company produced Aparna Sen's critically acclaimed Mr & Mrs Iyer. Rituparno Ghosh has Bollywood producers and stars queuing up at his door. Barua too has begun helming Hindi films.

So, away from conventional Bollywood movies, there still exists an Indian cinema far richer in thought, substance and diversity. But the boundaries are blurring. Socially realistic films do not spring only from outside India's moviemaking epicentre, Mumbai. Numerous filmmakers in the city of dreams are far closer in spirit to the Kasaravallis and Adoors than they are to Yash Chopra and Subhash Ghai.

The gradual regionalisation of a segment of Mumbai cinema, a trend that began in the early '70s, picked up momentum in the last 10 years. The advent in Mumbai of creative talent from small-town India as well as the steady rise to national prominence of several regional filmmakers helped the process along.

A growing number of Mumbai films are today located in clearly defined cultural spaces. My Brother Nikhil, set in Goa, is no less a regional film than, say, Nizhalkkuthu.But owing to Bollywood's money power and crowd-pulling stars, cinema that matters languishes on the fringes. Hindi cinema isn't about lives; it's about lifestyles. Independent regional cinema captures live experiences. Sadly, good cinema and successful films are still two separate regions of the mind in India.

Who's The Fairest Of Them All?