Desp­ite my grave problems with the film, I could not help rooting for Rani. 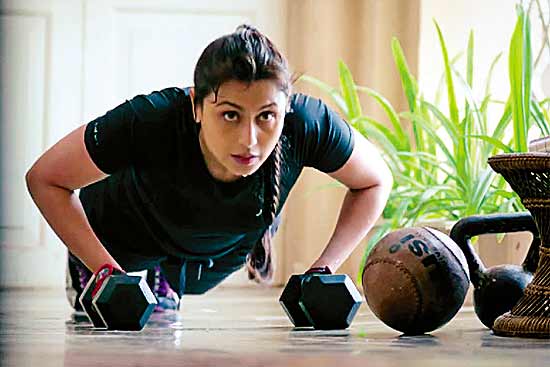 Mardaani didn’t come with any great hopes riding on it. A director with a disaster of a last film called Laaga Chunari Mein Daag, sho­ddy promos and an indecorous title that seemed to suggest at a heroine trying to ‘bec­ome’ a hero/man to prove herself than just be confident in her own skin.

The film then comes as a pleasant surprise in the way it breaks away from, while still remaining squarely within, the conventions of mainstream Hindi cinema. Yes, the background score grates, the Hanuman chalisa irritates, the slo-mo walks towards the camera make you cringe and yes, the climax is intens­ely gory and problematic in the mob just­ice solution it offers. But most of the film itself, thankfully, stays...