‘Mao Said If We Seized Power, There Would Be No Borders Between India, China’

After 1967's farmers' uprising in Naxalbari, Khundan Mullick fled to China to escape arrest. He recounts his meeting with none other than China's Mao Zedong... 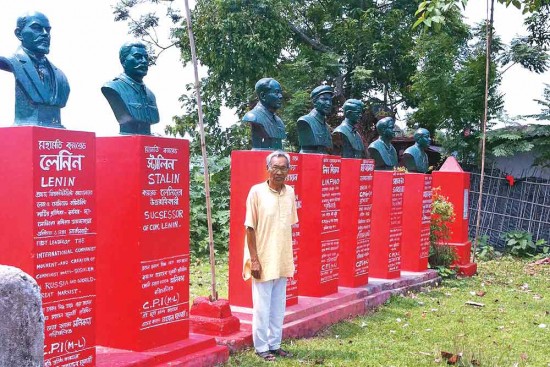 In the winter of 1967, the year the small area of Naxalbari in northern West Bengal erupted in the flames of a violent peasant uprising, a group of rebels fled India to escape arrest. Among them was a farmer named Khudan Mullick. Fifty years later, it emerges that while on the run his comrades and he had had a secret meeting with none other than their hero, China’s Mao Zedong. The only one alive from that group, Mullick recounts the meeting in an interview with Dola Mitra.

So you met China’s Mao Zedong. Who all were there?

(Smiles broadly) Yes, I and my comrades. There were four of us. Kanu Sanyal, Khokon Majumdar, Dipak Biswas and I.

Out of all of the Naxal rebels, why were only four of you chosen?

Actually, we were on the run. We were fleeing arrest. We crossed over to Nepal through the Bihar border. An arduous journey...we had to walk without food or water for miles. Eventually, we reached Kathmandu. There we sought help from the Chinese embassy. We...