In hometown Chandigarh, Manu runs quite wild thanks to Papa's clout 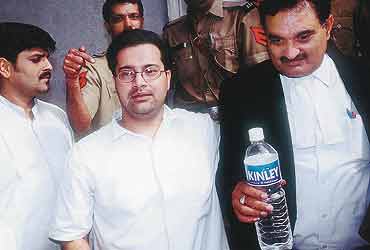 outlookindia.com
-0001-11-30T00:00:00+0553
Not many people in Chandigarh are surprised at the acquittal of Manu Sharma, son of Haryana power minister Venod Sharma, because the family’s clout and money power are well known in Punjab, Haryana and Chandigarh. Even now, when the entire country is baying for Manu Sharma’s blood, his associates (and there are plenty in Chandigarh) are reluctant to speak, either due to his political influence, or because they want to steer clear of any trouble Manu could create for them.

Till a few days before the judgement, 29-year-old Manu was seen attending parties in the town, and running his popular disco-cum-pub, Blue Ice, in Chandigarh’s posh Sector 17 market. Apart from the Piccadily hotel and the Piccadily cinema hall in Chandigarh, the family owns four other joints in town, and at least three more in Raipur, Manali and Jammu, besides a host of other properties and businesses in the region. Soon after the verdict in his favour, Manu and his father went to Vaishno Devi in Jammu. But ever since the public outcry against Manu’s acquittal, the duo is lying low, to the extent that Venod skipped a crucial Haryana cabinet meeting this week to avoid uncomfortable questions.

An out-and-out Chandigarh lad, Manu did study for a while at Ajmer’s Mayo College but passed out from Sector 16 Government Model School and later went to SD College where he met Vikas Yadav, the other accused in the murder case. His collegemates say that initially, Manu was like any other spoilt brat of a rich father: fond of good living, girls and partying, but not really given to violence. It was in Yadav’s company that he changed, and began flaunting a weapon. "He is a party animal and regularly organised parties in and around the town," said a classmate of his. Most parties would be at his farmhouse in Hallomajra on the city outskirts. Incidentally, it faced the demolition squad a couple of years ago, as it was built in violation of building norms. Blue Ice too was a culmination of his love for partying: the joint is known for its music and cocktails.

In the last one year, Manu had begun taking considerable interest in politics too. He campaigned extensively for his father from Ambala during the Haryana assembly poll but partymen say his arrogant behaviour and ill temper irked many. He also got into a scrap with some policemen during the campaign and backed down only when a small mob collected. A month-and-a-half ago, he invited much criticism for inaugurating two roads in Ambala town built from municipality funds. Opposition BJP members took umbrage at his ‘official’ activities in the constituency, and wanted to know in what capacity he was inaugurating roads, since it’s his father who represents the constituency.

That the Sharma family is known for manipulating and ‘managing’ things is evident from the fact that though Manu got into several brawls in recent years, the family intervened each time to prevent any case from being registered. A Congress councillor in Chandigarh said that a compromise would be worked out in most cases. Soon after he was released on bail in 2003, there was a fight between employees of Blue Ice and some customers; Manu too was reportedly involved. "But eventually, he was taken out of the picture and the disco’s manager was booked instead," said a Youth Congress leader. 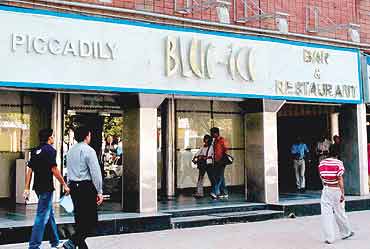 Manu’s grandfather, Kedar Nath Sharma, was a small-time Congress worker from Banur in Patiala, and later became a liquor contractor. Venod Sharma too, in the early days, dabbled in the liquor business; the family at one time controlled much of the liquor trade in Punjab, Himachal and MP. Today, the family has interests in the construction business, are real estate developers, own two sugar mills and Piccadily Agro Industries. The late president Shankar Dayal Sharma’s daughter Jayshree is married to Venod’s sibling Shyam Sunder. Venod is said to have made it to Narasimha Rao’s cabinet as Union minister for food and supplies due to the late president’s influence. For several years after that, Venod’s political career stagnated because though he was president of the Chandigarh Territorial Congress, the Lok Sabha ticket went to present MP and minister, P.K. Bansal. Venod lost no time in turning his attention to Haryana where polls were due in February 2005 and managed a ticket from Ambala despite protests from opposition and partymen for being an outsider.

Today, Venod is the second most powerful minister in the Bhupinder Singh Hooda cabinet and heads the high-powered purchase committee responsible for sanctioning major projects in the state. Sharma’s Piccadily hotel in Chandigarh’s Sector 22 is a frequent haunt of Haryana ministers, including CM Hooda.

Squeeze Of Tamarind, Pinch Of Salt