Dalit businessmen are taking baby steps, in spite of small-town malice and the walls around India Inc. The fortress is breached. 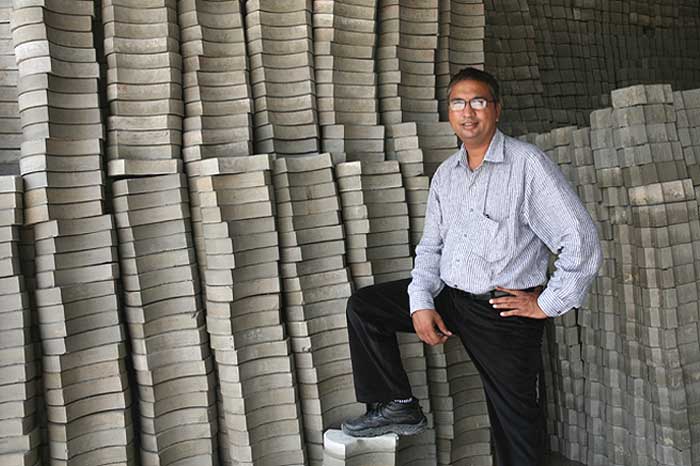 “People don’t care about caste anymore. Perhaps being academically and financially better off helped me,” says 29-year-old Mahesh Kamble, one of the promoters of Mumbai’s L.N. College of  Management and Technology. An IIM-K graduate who turned entrepreneur with friends seven years ago, Mahesh says, “In 99 per cent cases, caste is no issue. Maybe at corporate gatherings one or two questions are asked but I have never faced an adverse situation because of my background.”

A slightly different picture emerges in speaking to Mukund Kamalakar, who runs Suryatech Solar Systems, a flourishing business of solar water heaters. “A small percentage of clients, well-off upper-caste people, delay their decision once they come to know my caste...so I prefer to keep quiet about it,” he says. 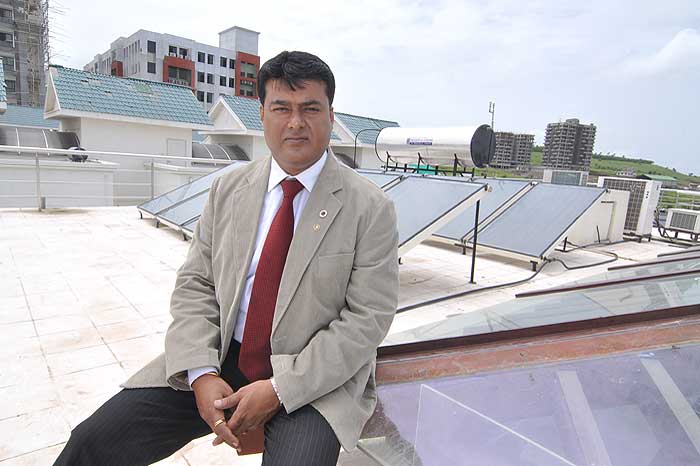 “I know the difficulties of an entrepreneur...I now plan to give financial and tech help to others from my community.” Mukund Kamalakar, Founder, Suryatech Solar
When Mukund (who changed his surname from Kamble) quit a secure government job to turn entrepreneur in 1999, he didn’t tell anyone at home for a full three months. Today, the economics PG is happy he took the risk to venture into a field far, far away from his traditional family occupation, that of a cobbler. Having installed 4,500 solar-water heating systems, his firm currently has a turnover of Rs. 1.5 crore.

It’s hardly surprising that there are many shades of grey in the India growth story. After over 60 years of independence, the gulf between the haves and have-nots still runs wide. And barring some rays of light, this socio-economic divide continues to work to the detriment of marginalised communities like Dalits. This particularly applies to India’s villages, where the Dalits—who officially make up some 17 per cent of the population—are largely landless labourers. Has the high economic growth of the last two decades brought no benefits to the marginalised? More importantly, is the government mantra of inclusive growth bringing no social mobility?

Understandably, there are differences of opinion here. Planning Commission member Narendra Jadhav, for one, believes that economic reforms have proved to be both a challenge and an opening up of new vistas for some of the most backward of communities. “There is a silent revolution taking place. From painting and sculpture to neurosurgery, in every sphere of economic activity you will find a Dalit making his or her place in society,” says Jadhav.

For triggers, he points to the government decision to reduce and even freeze recruitments in state-run institutions in the ’90s, which forced many educated Dalits to look beyond their preferred secure employment avenue. The dismantling of the licence raj also opened the door for many prospective entrepreneurs. “A lot of talent which was suppressed has suddenly blossomed with opportunity, and this is with or without education. Those traditionally on the outskirts of the village are now in the mainstream,” stresses Jadhav.

Alas, tellingly, there is as yet no authentic data available on the number of enterprises owned by Dalits. At last count, the Dalit Indian Chamber of Commerce and Industry (based in Pune) had over 400 enterprises on the rolls, in sectors like construction, engineering and manufacturing as well as specialisations like offshore platform installation.

When it comes to India Inc, despite the promises of affirmative action little has happened on the ground.

Set up in 2005, the chamber fulfils the need to bring Dalits together on a common platform for sharing experiences and leveraging strengths “as till then we had not been approached or entertained by any other business forum”, says Milind Kamble, chairman of DICCI. He admits that “we are still on the fringes despite having proved our capabilities”. Today, though, some of the other chambers are extending DICCI a helping hand with various events. DICCI now has plans to set up regional arms to cater to its scores of members from outside Maharashtra. And though it may not compare to the bigger chambers, DICCI does have some impressive patrons. Ranging from those with a minimum Rs 25 lakh turnover, the majority of the Dalit chamber members have annual turnovers of over Rs 100 crore. A few are in the big league with over Rs 500 crore worth of annual business. Kamble himself heads two firms, a construction company and one that does turnkey infrastructure projects—with a combined turnover of Rs 70 crore.

The fact that Dalit entrepreneurs are growing in number is substantiated by Dalit writer and researcher Chandra Bhan Prasad who’s working on a study on Dalit enterprises for the Centre for Advanced Study of India, University of Pennsylvania. “We are profiling Dalits with over Rs 1 crore turnover. We will soon be raising the bar to over Rs 10-crore turnover...the list is too big below that,” he says. Chandra’s data has mostly first-generation entrepreneurs who set up shop in the ’90s. After an initial struggle, these companies are finding unlimited opportunities to not just grow within the country but also expand overseas. “Today, Dalits say people are more worried about money than caste because competition is severe,” he says. 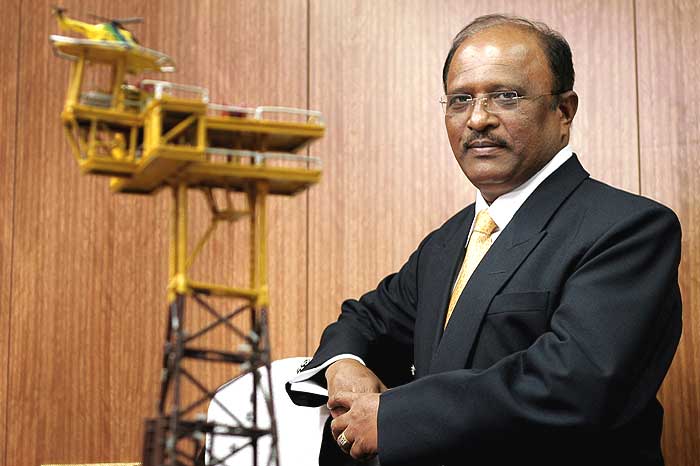 “Once you cross the crore boundary, attitudes change...poverty and caste end up having no meaning.” Khade Ashok, Director, Das Offshore Engg
Born in a poor Dalit family in Sangli, Maharashtra, 55-year-old K. Ashok says family support, hard work and the loyalty of his workforce helped build the Rs 130-crore company. With 4,500 employees, Ashok’s firm, which erects deep-sea platforms and pipelines, has Rs 550-crore worth of orders in hand.

But for all the successes, there are many parts of the country where caste barriers continue to be a wall. A survey of Dalit entrepreneurs in urban centres of Haryana and Punjab by JNU’s Prof Surinder S. Jodhka shows that invariably Dalits lack economic resources. Sometimes despite having economic resources, they are crippled by lack of social resources. “Business works through cartels and they are mostly formed on caste and kinship lines. This is particularly true about small-scale businesses/industries in small towns. These cartels are invariable controlled by the traditionally dominant business caste groups of the region,” says Jodhka, a former director of the Indian Institute of Dalit Studies.

If there is change happening, one of the pointers is the slow disintegration of the village social order in some parts of the country where Dalits are seeking education for upward mobility. (The literacy level among SCs has gone up from 10.27 per cent in 1961 to nearly 55 per cent in 2001). The number of Dalits pursuing higher education has also been increasing steadily. This is clearly evident in government jobs, where though their overall share has remained steady at 17 per cent, they now occupy more positions in higher categories of jobs.

However, when it comes to corporate India, there is consensus among experts that despite business houses and lobbies promising affirmative action, not much has happened on the ground. “Social mobility in the private sector is still minimal. Voluntary affirmative action has not happened. In terms of jobs too, discrimination persists. In addition, hemmed in by labour laws (which don’t favour hiring and firing) and the Scheduled Caste Commission, sme entrepreneurs too are wary of employing Dalits,” says Pratap Bhanu Mehta of the Centre for Policy Research.

Clearly, there has been improvement in the material existence of Dalits. But mobility is still at a nascent stage, and the glass ceiling at the higher echelons endures. The fact that “the image of Dalits is changing from Gandhi’s Harijan to a more assertive, politically aware, rights-oriented individual who is not scared to demand or move to a diverse range of occupations”, as Jodhka puts it, gives room for hope. The question now is, is corporate India ready for competition?