On Manna Dey's birth centenary, a diary about the legendary singer. 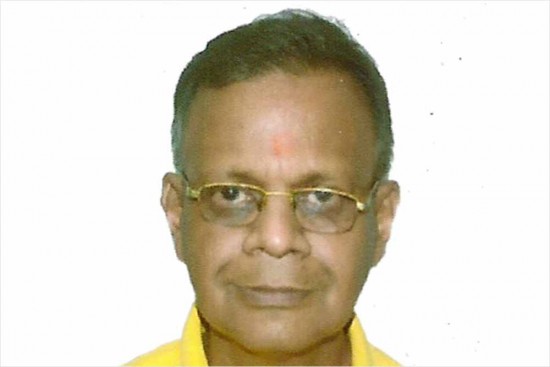 Even if you are an artiste of supremely protean talent, life can throw unexpected challenges at you. For Manna Dey, whose birth centenary falls on May 1, that moment came when he was asked to do Ketaki Gulab Juhi with Bhimsen Joshi for the 1956 film Basant Bahar. Problem was, he had to defeat Bhimsen! He could not stomach that—how could he, a mere playback singer, win over a full-fledged khayal maestro? It took all the persuasive powers of Shankar Jaikishan to move him. Bhimsen himself told Manna Dey, with gentle wit, “I’ll teach you how to defeat me!” The song was finally recorded in five takes, and ended with Bhimsen complimenting Manna. Even for someone who became an iconic figure in playback singing, that would have been a most cherished ketaki-gulab in his bouquet. A mark of his proverbial versatility, which he acquired with great effort, as a kind of compensation for not being the typical “hero’s voice” in Hindi films (like, say, Rafi, the only male singer who could match his vocal range). What helped him was early classical training. He was the nephew of singer-composer K.C. Dey—‘Kaana Keshto’—who was S.D. Burman’s mentor. Listen to KC’s soaring melodies in the original Devdas (1936) and you know which heaven Manna came from!

While most of India knows his Hindi oeuvre, Manna Dey created his niche in the golden era of Bengali songs, with distinctive singer-composers like Satinath Mukherjee, Shyamal Mitra and Hemanta Mukherjee (aka Hemant Kumar). But it was Manna Dey who could bridge the gap between a plaintive Tumi Aar Deko Na, the breezy Ami Tar Thikana and the classical-based Ami Je Jalshagharer with balletic ease. His rendering of raga-based songs could make them sound simple—till you tried singing them! No wonder, everyone from SD to Salil Chowdhury and Nachiketa Ghosh chose Manna Dey for their difficult compositions (even if, tragically, Naushad and O.P. Nayyar never experimented with him). But then, he could rock too. When Sudhin Dasgupta conceived of the rockabilly-style classic Jibane Ki Pabo Na in 1969, it was Manna Dey he turned to. Eight years bef­ore, Manna Dey had done Aao Twist Karein for R.D. Burman. But understanding that Sudhin was a harder taskmaster than RD, Manna Dey incorporated a kind of romantic flow on the second mukhra, Bhalo Aar Mander. The groove and the melodic delicacy together…that was the magic.