‘Manmohan Is Decent, Don’t Scoff At Him’

Ahead of the four-cornered fight for the Brihanmumbai Municipal Corporation, Shiv Sena supremo Uddhav speaks about Sena's campaign against BJP and more... 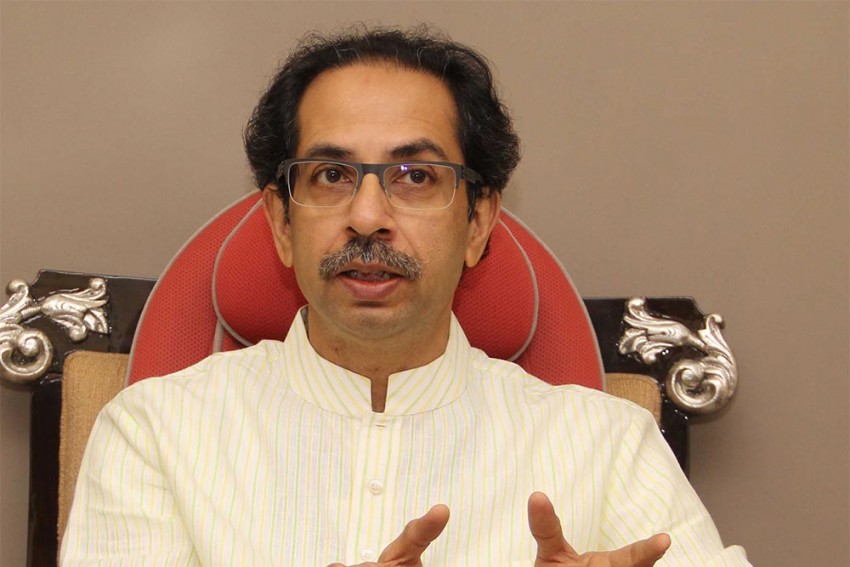 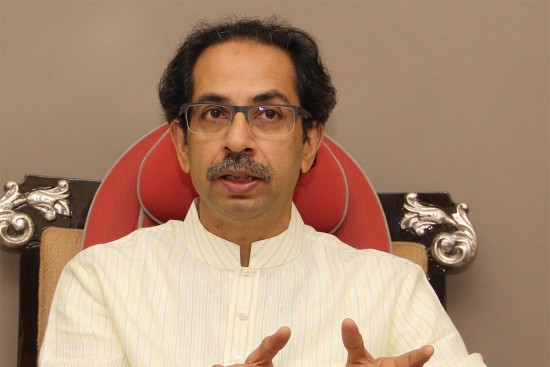 Shiv Sena supremo Uddhav Thackeray ended his party’s 25-year-old alliance with the BJP at the level of civic bodies in Maharashtra. Not only is the Sena actively campaigning against the BJP, its chief is also praising Indira Gandhi and finding virtues in Manmohan Singh. Ahead of the four-cornered fight for the Brihanmumbai Municipal Corporation, Uddhav speaks to Prachi Pringlay-Plumber.

When did you first sense trouble in your alliance with the BJP?

It actually started after the (2014) Lok Sabha elections…the way they behaved with us then and, later, ahead of the state assembly polls (in October that year). Even then, I remained patient and allied with them because the Congress had, after many years, lost power at both the state and centre. I didn’t want to jinx our victory. That’s why I did not insist on the Sena getting the deputy chief minister’s post or important portfolios. More than actively joining a government without the Congress, I felt it was important to support it. But our experience over the past two years—especially at local levels like the Kalyan Dombivli Municipal Corporation—show only a tendency of them eating up our space (seats). There needs to be respect for an alliance partner; we don’t see that. They keep on talking about waves; how long can you go on riding an empty wave? After the (last) Lok Sabha elections, the BJP has not won majority in a single state. We did not let that happen here either.

In the last few local elections, we decided that if we ally with the BJP, then we won’t go with anyone else. But they went ahead with every party, including the MIM. So the BJP became number 1. The atmosphere has changed over the past couple of months. After all, once the ‘wave’ subsides, you have to show the actual work that is done. This time, asking for 114 seats (out of 227) was too arrogant. If we had given 114 seats, would we have been transparent? Then Mumbai would appear like London or New York and, because we didn’t, it is being compared to Patna! All this is only to grab Mumbai. You cannot win Mumbai by stripping it; they have insulted the city.

What happens now at the state and national levels?

From now on, we will fight all elections solo. But, before that, the transparency they were talking about at the BMC level is something I want now at the state level. This wasn’t the reason for the split, though. Now, given that the standing committee has got all its members, we want it to figure the Opposition leader (who has the rank of a cabinet minister) to be part of cabinet meetings, which should also be attended by the ministers of state, the Lokayukta and journalists as well. That will make it transparent. All the notings of the commissioner are made available in the BMC website; similarly we want the remarks of all the ministers and their secretaries on different files to online. Whether it is land acquisition, chikki (a scam that names minister Pankaja Munde), the notings must go online.

You spoke about making alliance with regional parties to counter the BJP. Wouldn’t there be a conflict of political ideologies?

There is a sugar-coated term to tackle that problem. Common minimum programme. So, that should work but our common maximum programme is to work for the good of the country.

In trying to avoid the Congress, did you land yourself in bigger trouble with the BJP?

Yes, I think so. But I congratulate the CM (Devendra Fadnavis) for taking the blame on himself when it comes to the allegations they have made against us. It needs courage. The CM is actually accusing himself because the chief accountant, commissioner and all come from the state government. Whatever decisions you make, we have to follow. Even (ex-CM) Prithviraj Chavan had said that there was no problem in the BMC. Now I don’t know who my opponent is: the Congress or the BJP? The people are with us.

You said you joined with the BJP on the cause of Hindutva. Won’t the Hindu votes split now?

I don’t think so. The BJP has left the Hindutva agenda. Earlier, there used to be saints on the stage of the BJP: Sadhvi Ritambhara, Uma Bharati. Now the party has criminals. Those who voted for them will vote for us. There won’t be any splitting of votes.

Are you disappointed that of the “Shiv Shakti-Bhim Shakti”, Bhim Shakti leaders have gone with the BJP?

Only the leaders have gone, the people forming the real bhim shakti (titan power) are with us.

What was meeting (Patidar agitation leader) Hardik Patel all about?

He hasn’t launched a political party. Can a 23-year-old contest elections? He had messaged me several times, saying he wanted to pay tribute to Balasaheb (Thakre, the Sena founder). That’s all he did: Hardik came here and offered respects at the memorial.

There was a suggestion about the grand Chatrapati Shivaji memorial (coming up off the Mumbai coast).

People can build as many statues or memorials of Shivaji Maharaj (17th-century Maratha warrior). We can’t create history like he did, but the symbols of the history, the way he ruled, the forts and fortresses are there for us. Preserving them is our duty. We don’t know how much can be repaired; we can’t reconstruct, as some people suggest. But we must ensure that they are not spoilt further—be it Raigad or Sindhudurg. It need not be an either-or situation.

With regard to Coastal Road, which is now delayed, environmentalists and traffic experts have said that a water transit system may be better than constructing the road.

No, they have not said that. There are objections regarding mangroves. We want to make a presentation before them. We will incorporate their suggestions, and the project will go forward only after everyone is satisfied. We will not do anything that will affect the fishermen, their housing or livelihood. In fact, the road will not go through their villages or where it may affect them.

After Mumbai hosted much-publicised Make in India week a year ago, many projects were announced. What has come to the metropolis? What has materialised so far?

Yes there was a lot of response to Make in India (February 13-18, 2016). MoUs worth of lakhs of crores of rupees were signed. But the willingness of people to come here went down; there are many administrative obstacles. Also, demonetisation (of November 8) has created fear that this PM can do anything. If he makes his own people suffer so much for their money, he can do anything. Investors are worried.

Over the past few days, it seems as if you are criticising the BJP and praising the Congress.

Former PM Manmohan Singh is a decent person. He is not just anybody. We have also criticised him about his silence earlier, but to make such twisted allegations that he is luccha lafanga (raincoat etc) is not good. He had in fact come forward to support (RBI governor) Urjit Patel—you have created bubbles without soap and they are saying such things. Indira Gandhi had rejected demoneitisation. (Her successor) Morarji Desai went ahead with it. Why did corruption and black money increase despite that? If Indiraji was unpatriotic by rejecting demonetisation, then Morarji showed patriotism, right? Surgical strikes were done across PoK. Well, Indira had gone into Pakistan. I am not praising her. I am just stating facts. I am trying to get people out of a spell they are under. I am just trying to show the truth. Whoever speaks against them is an antinational.

The metro they show in their photos is done by the Congress. We are showing people what we have done. We are in economic paratantrya (slavery) because of demonetisation. It is terrible. The Shiv Sena Pramukh dam (hydroelectric project) was completed in three years: power generation is ready, but there’s no permission. The coastal road is stalled at the centre. Rs 2 lakh crore is what Mumbaikars pay as taxes, but they say they don’t have money to shift the Arey car shed (metro-III project inside forest land). The PM Awas yojana is an election gimmick. Where is the land to build these houses? In Navi Mumbai, when we brought out a no-confidence against the commissioner (last October), did they remove him? No. So they are not taking action against their own. Since 1992, we hear that Ram Mandir will be built.

Does this tussle result in more problems for the common man?

The BMC’s work is not entirely in the control of corporators. Many things are dependent on the administration. The commissioner and his team are brought by the government and the mayor is elected by the corporators. I am not saying people are into scams; there is also a lot of traffic making repairs difficult, not to mention the utility lines that go under the roads. We are also trying to do ducting for the new roads.

Actually they are blaming themselves, without realising it. The entire process comes under the CM, and the corporators also belong to the BJP. If there has been scam, then the CM is responsible. For the first time, I see a chief minister who blames himself.