Andhra Pradesh chief minister Chandrababu Naidu looks back at his seven-and-a-half-year stint as CEO of the state. Excerpts from an interview: 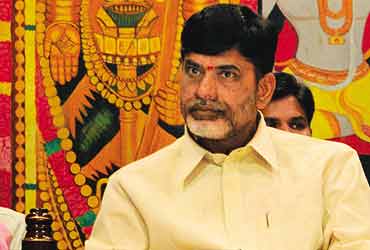 outlookindia.com
-0001-11-30T00:00:00+0553
Looking back, what has been your biggest success?
My biggest success has been empowering women. We've been able to organise 4.5 lakh women's outfits and reach out to 60 lakh women. They have been able to mobilise Rs 1,500 crore of revolving funds. It's become one of the best-organised sectors and they are doing a lot of employment generation. My mid-day meal scheme has become a success because of them.

While Hyderabad is flourishing, a recent World Bank report shows that basic civic amenities are not being provided in smaller towns and AP has the country's second-highest number of urban slum-dwellers...
Yes, there is urban poverty. There are more urban poor than rural poor because of migration from the villages. But we are working on this problem.

Your blueprint for Andhra's economic revival is based on the Southeast Asian model in which FDI is vital to boosting export-oriented manufacturing industries. But FDI is shrinking everywhere. What now?
Everywhere there is only one mantra—economic reforms with a human face. What is reform? It is improving efficiency, whether it's labour reforms, administrative reforms or municipal reforms. If you look at the Hyderabad municipal corporation, establishment cost that was once 48 per cent has dropped to 20 per cent. We are saving money, which we are spending on building capital assets.

But with FDI drying up and the growth rate below expectations, is it time to review strategies?
I want to have a mid-term review of Vision 2020 this year. One area of concern is FDI which is a worldwide crisis. Plus, locally we have been having a drought for the past four years. I want to have a review and prepare a revised vision document.

Are you concerned about the negative mood because of the drought?
People's perception apart, what is more important is how the government reacts to a crisis. I've had two major crises in my time—the 1996 cyclone and now this drought. We're doing all that's humanly possible.

Another criticism against you is that you've concentrated on new industries such as IT and biotech and ignored traditional sectors such as agriculture.
That's not correct. Whatever we are doing in the new sectors has not required any money. Because of IT, real estate value has gone up in Hyderabad. I managed to create a hi-tech city on barren land. Now investments are coming in. The employment it has generated has boosted Hyderabad's economy.

Your opponents call you a master manipulator and an opportunist.
If they think I am manipulating people, I am very happy. To manipulate, I have to work very hard. To win people's support isn't easy. I have to motivate people. I take it as a compliment if my critics accept that I am working hard.