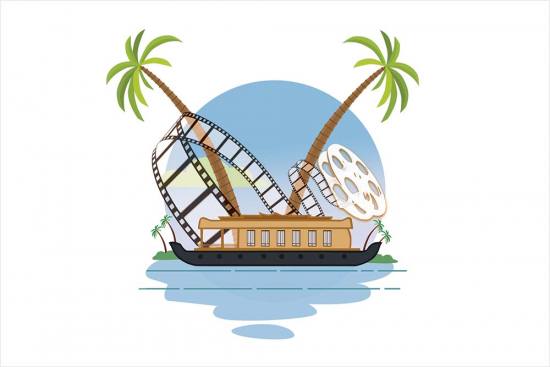 Across the Border, Honourably

My introduction to Malayalam cinema came in the form of a group dance performed at the annual day of my school in Madurai. Dressed like fishermen and fisherwomen, a few of my juniors dan­ced to the song Kadalinakkare Poo­nore. I later learnt that it was from the critically acclaimed film Chemmeen—the first South Indian movie to win the President’s Medal for Best Film, in 1965. In those days, each South Indian state had its own acting icon—we Tamils had Sivaji Ganesan, Telugus flau­nted Nageswara Rao, Kannadigas had Rajkumar and for Malayalis, Prem Nazir was “simbly the best”. Otherwise, for a Tamilian engrossed in Tamil movies, with a monthly dose of Hindi cinema (credit: R.D. Burman) during the ’70s, the brush with Malayalam cinema was only an annual affair—when some film from Kerala would win national honours, finding honourable mention in The Hindu.