Making You, In Your Own Image 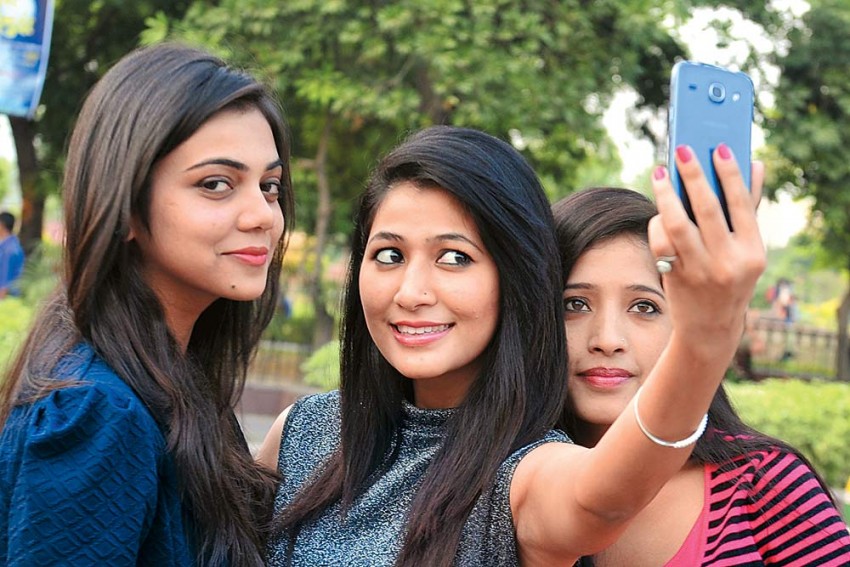 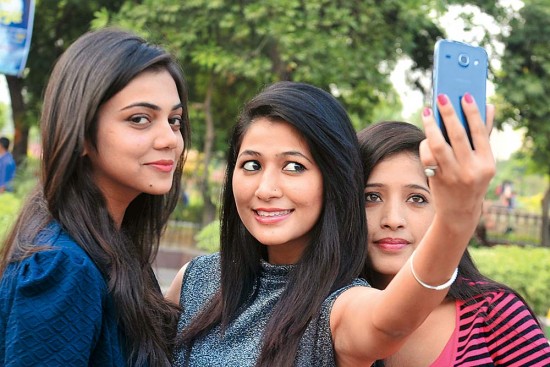 I have sworn to myself that if one more op-ed writer goes for the strapline ‘are selfies a dangerous narcissistic fad’, I will find them and throw a print of Egon Schiele’s filthy, beautiful Nude Self-Portrait in Gray with Open Mouth at them. So it’s really funny that I am now addressing exactly that question in this essay. I do still reserve my right to throw other things at you (maybe Amrita Sher-Gil’s Blood-Lipped Smiles?) if you make a sanctimonious point of it.

So let’s start with the material conditions: selfies assume wealth. You need a camera or a smartphone to be able to take them. You need internet to upload them on Facebook or Instagram. For all these things, you need a fair amount of money. If you are planning to circulate these selfies, you also need to live in a place with access to internet. In other words, selfies, like most other things to do with visibility, req­uire a lot of privilege. Selfies are also often about being in expensive clothes at expensive places, doing expensive things. They are often about feeling good by INS­piring envy and giving meaning to consumption by making it conspicuous.

So yes, sure, selfies can be narcissistic. But so can be the decision to own a car, to wear a particular piece of clothing, write, have sex, marry, have children (why ind­eed, are your genes and jawline so special that you cannot adopt?) and work for an NGO. That does not mean that those practices are necessarily doomed to that one motivation. People write, have sex, marry, have children and work for NGOs for all kinds of reasons—some admirable, some dubious. But I do not remember anyone asking if the spike in owning cars is a narcissistic fad.

So, short answer: they probably are narcissistic for many people on many occasions. But I am not interested in that. I am interested in the radical possibilities. In what selfies are capable of; not the lowest common denomination of their practice.

Selfies are, at their core, about self-­making and, as a feminist, I see that as an insurgent capacity. I live in a world where the bodies of both men and women, especially women, have been held, shrunk, bent, elongated and penned by others. Byron rhapsodised how “she walks in beauty, like the night”. Marquez’s Remedios the Beauty is so beautiful that she must end­ure men ­climbing onto her bathroom roof as she takes a bath. Neruda was so ­enchanted by a “Tamil of pariah caste” that he proceeded to rape her. He then narrated the said rape as “the coming of a man and a statue” because she was completely unresponsive (and probably dying inside).

Always a Galatea to some Pygmalion.

And, of course, these are the artist-­creators we study in college. The great masters of artistry, so to speak. In the realm of a lower brow, Donald Trump boasts about grabbing women by the pussy.

Tell me, dear reader, how is taking a selfie and uploading it more narcissistic than giving yourself the right to describe, to rhapsodise and to seize another person’s body, pleading the right of desire?

The arguments against the selfie, of banality and ­narcissism, fail to convince me as they are ­applicable to most practices of global contemporary existence.

Self-portraiture, on the other hand, has the capacity to create intimacy and witnessing. As Gitanjali Rao’s joyful selfie project showed, selfies have the capacity to make and fulfil wishes: sometimes ones as surreal as being in the company of the luminously departed, like Smita Patil and Madhubala.

Pramod K. Nayyar gets it right when he asserts that “the selfie represents the move to make the lived experience ­participate in the process of visual spectacle that is the digital world.” I would like to add to that and offer an explanation as to why this act pisses off so many. The twin arguments of banality and narcissism fail to convince me because they are both ­applicable to most practices of the urban, global contemporary existence. If the ­so-called Anthropocene is marked by anything, it’s the imperialism of normality. And the cult of normality insists on repetition, replication and individualism to establish itself. Selfies, at the most banal and boring, are simply a symptom of that imperiali­sm. At their best, however, they are projects ­of reclamation.

Artist Gitanjali Rao’s selfie project, where she ­transports ­herself to the frames of her favourite historic figures

If I am to be resigned to be experienced as an aesthetic object—if you must comment of the long curlicues under our arms, if you must lob the word ‘fat’ at us like a rock, if you must pity our darkness, pity our flat chests, pity our dark skin, gawk at our paleness, if you must slurp at our breasts, if you must grope us, burn our faces with acid and strangle us to death ­because of our faces—then it is important we keep speaking, writing, painting and, yes, taking selfies as a chance to determine the conditions of our aesthesis.

Selfies, like other forms of art, can be more than insurgency. Sometimes they can be notes of love. My partner and I live an ocean apart. When I dress up to meet my friends or cook dinner or try a new haircut, I send him selfies. When we find T-shirts from each other in the mail, we take selfies wearing them. It is how I document and invoke an absent, intensely present love that others before me caught and put down in letters, in grainy daguerreotypes, in tokens and gifted amulets. Sometimes, when we are both too tired to talk to each other or the internet is too choppy, we hold our phone up in the air for that one moment of Wi-Fi and send a selfie with a silly face.

I have chronic depression and PTSD. On days when getting to work is too much to even think about, I set myself the humble aim of getting out of bed so I can put on a pretty dress and take a selfie. For me, it’s occasionally an act of self-care. This is, of course, not to deny that over-documentation of the quotidian can be dull business for involuntary witnesses. But, exposure, especially on soc­ial media, is easily controlled. You are a witness by choice.

Asked later about her relationship to the woman in those photos, Weems called it her ‘constructed’ self. Although each photo suggests biographical subtext, they have no compulsion to correspond to the real life of Carrie Mae Weems. Is that narcissistic? Yes. Does that devalue it for me? No, because it does that most sacred duty of art: it renders the familiar interestingly unfamiliar, and it disrupts the balance of representational power, because it is so seldom that I get to see a Black woman stand her own aesthetic ground and contour how she is seen.

I love this series because it demonstrates the exact nature of selfies. They are constructed, deliberate wish fulfilments about ourselves, and like all self-making projects, they run risks: risks of obsession, ­addiction and ent­renchment of aesthetics norms, yes. But also the risks of bringing new forms of seeing that drag into being the realities that we can otherwise only ­aspire to. Sometimes it’s as small as getting out of bed during a depressive episode, and sometimes it is as explosive as representing a black female body as not a ­‘diversity’ photoshoot but a universally enviable figure of self-enclosure.

To Put Faith In Secularism