A New Ripple, yes. A Wave, no. Mostly, it is a tweak here, a pinch there of The Formula. 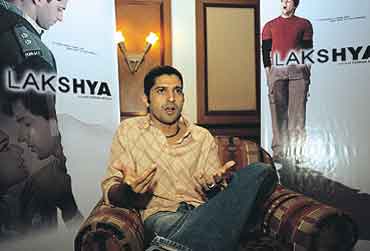 outlookindia.com
-0001-11-30T00:00:00+0553
Back in Mumbai after five months, one is hit by a terrible bout of cynicism. Last December, when Outlook was trying to profile Bollywood badshah Karan Johar, a nameless, uncelebrated friend had begun shooting his modest first film. Now, in the May heat, I am informed that the project has been shelved. Like innumerable others. Meanwhile, the media has already celebrated the innovation and energy of the so-called offbeat multiplex movies and then also quickly written them off as vacuous and pretentious. And here I am trying to cast a glance at the spunk and spirit of our new brigade of directors, those who are trying to bend every possible rule of mainstream Hindi cinema and emerging victorious. Are they being able to push the proverbial envelope at all? Do I really have a story here?

The beginning of my journey into "alternate" Bollywood ominously indicates that, perhaps, I don't. Rajat Kapoor, director of Raghu Romeo, compares the New Gen cinema to the India Shining campaign. "It's just hype. Same old rubbish is getting made and watched, small cinema is getting a bad name." As if on cue, Tigmanshu Dhulia's hallucinatory take on drug-dealing, Charas, has come a cropper at the box office. It has also broken the collective heart of critics who swooned over his portrayal of small town student politics in Haasil.

Dhulia is a National School of Drama-trained actor who grew up on a healthy diet of Hindi films—Sholays as well as Jwala Dakus. At the moment he is dejected. So one gets a liberal dose of angst along with the apple juice at the Sun'n'Sand coffee shop. "Good, issue-based cinema flourishes in times of crisis and we are living in too content and complacent an age. I can't find my hero, I don't have a Vijay," he cribs, referring to the angry young man Amitabh Bachchan played time and again in the '70s. "Ek bomb phat jaayega to sab theek ho jaayega (One bomb blast will set it all right)."

But there are glimmers of hope even the angry young Tigmanshu can't overlook. "There were as many as 30 directors who made their debut in 2003. The audience was able to appreciate a pure comedy like Munnabhai MBBS. The stranglehold of filmi families is getting broken and outsiders are managing to get in," he says. And so, despite a not-so-scintillating track record at the turnstiles, Dhulia continues to get interesting work. He has been location-hunting for a "spiritual thriller"—<,i>The Killing of a Porn Filmmaker—starring the thinking woman's current sex symbol, Irrfan, in the lead role. Dharti, a film set against the backdrop of illegal immigration in East Europe, has found backing from the UTV group. My story isn't quite as stillborn as I had assumed it to be.

Call it sheer irony but a quirky talent, and Tigmanshu's friend, has actually found inspiration in blasts—the 12 bombs that tore Bombay apart on March 9, 1993. Anurag Kashyap's Black Friday, based on S. Hussain Zaidi's book, is the Indian entry for this year's Locarno film festival. It's a politically volatile piece of cinema that uses documentary footage alongside dramatic recreations of the bombings, and goes on to overtly trace its linkages to the Babri Masjid demolition. It's sure to plant Kashyap in the centre of a political and ideological divide. Kashyap himself is clear that he is not taking sides on the issue but making a case for Mahatma Gandhi's statement: an eye for an eye will make the whole world blind.

But his political correctness, or the lack of it, notwithstanding, Black Friday is a daring film with well-etched characters, an inventive fractured narrative that keeps taking the audience back and forth in time to create a feel of what transpired on that fateful day. There are superb performances from Pavan Malhotra (as the weak and wavering Tiger Memon) and Aditya Srivastava (as the frustrated, on-the-run Badshah Khan). A brilliant musical score from Indian Ocean comes riding on resonant lyrics by theatre personality Piyush Mishra. In a first of sorts, the film doesn't fictionalise places and events, doesn't mask the real people by giving them assumed identities; it tries to be real and not just realistic.

Kashyap, best remembered as the scriptwriter of Ram Gopal Verma's Satya, also directed the censor-struck Paanch that is jokingly referred to as the most widely seen unreleased film in the history of Hindi cinema. His Black Friday may require sustained negotiations with the censors again. But watching the first cut, I do get an indication of what sustains and nurtures the spirit of our new age directors—in Kashyap's words, it's "a conscious attempt at not playing safe". (See We're Running a Donkey's Race) 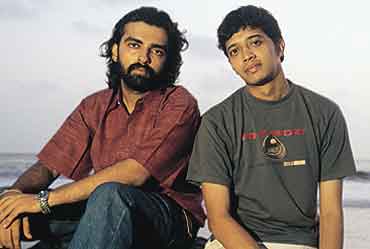 Add humility to that and you get Vinay Subramanian and Mridul Toolsidass. The duo, who look as though they've trespassed into the editing suite from a college canteen, are creating a minor stir in the young filmmaking community in Mumbai with Missed Call, a Rs 27-lakh film shot in 12 days. So small are their dreams and ambitions that even their bribes to hacks are nominal: I am offered a Hajmola candy to keep myself glued to the video screen, even popcorns don't quite fit into their budget. Missed Call is a charming, cheeky and in the end poignant film about a youngster's attempt to make a movie. The idea, obviously, has emerged from their own lives but the film never becomes overly self-indulgent. Shot with a single-perspective camera without any concocted frames, zooms, pans or tilts, it's also a self-reflexive film on what the process of filmmaking entails.

Realising that their offbeat project won't find a conventional producer, the two kids (one a Xavier's graduate, the other a CA) tirelessly raised the money from a few corporates to form their own company, Reelism Films. Their optimism about the changing norms of the film industry is grounded in the workable, "Filmmaking is not an elitist enterprise any more. Anyone can use a handycam. As a youngster you must be willing to work at reduced costs, that's all." 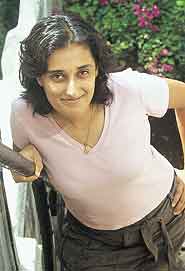 Like Vinay and Mridul, Ruchi Narain also believes that you can come up with a truly independent film if you can raise the money for it on your own. "Only then can the fate of the film be in your control," she says. This 30-year-old self-confessed anpadh (illiterate) in cinema assisted Sudhir Mishra in Is Raat Ki Subah Nahin, wrote Snip for Sunhil Sippy, assisted Mishra again in Calcutta Mail and Hazaron Khwahishen Aisi. Then one fine day she sent a business plan for a film to individual investors in the Middle East who had excess money to offload. And Rewind got made, without making "unnecessary compromises like item numbers and sex scenes". Set in Mumbai, it's about a girl whose boyfriend leaves her to marry her best friend. One year later he comes back to spend a night with her, during the course of which night his wife is killed. He has a clear alibi in his former girlfriend. So will she save him? Are things as black and white as they appear to be? The film may raise many questions but Ruchi has the answers to a new age director's problems—don't just think of the film alone. "It's not just a creative process but you need to sustain filmmaking economically, as a sound business venture," she says.

That creativity comes with economic freedom is something Shimit Amin and Shreeram Raghavan would vouch for. To them it was granted by Ram Gopal Verma. FTII graduate Raghavan was making films for ISRO and had shot a path-breaking video film with Raghuvir Yadav, Raman Raghav. He has taken full-time to feature films only now with Ek Haseena Thi."It's easier to do your kind of work today," he says.But he also feels independent films are yet to become a movement in India".It's not like China or Iran," he says. Saathiya director Shaad Ali calls it a boiling process, a trial and error time. For him "different" cinema can never be a collective effort but a personal agenda, to do your own kind of work. His intention is clear: "We need entertainment, not revolutionary cinema. Content is important and I'll always pitch it big, I can't restrict my vision." Coming up next from him: Bunty Aur Babli, an adventure film about the ambitions of two small-town people, starring Rani Mukherjee and Abhishek Bachchan. 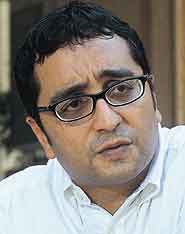 Ab Tak Chappan's Amin feels that Indian film industry is a conservative business and will need a while to overhaul itself. But what is evident is that a total outsider like Amin, who worked in Los Angeles on cinematography, script development and editing, can today make a film in India without any exposure to Bollywood. What's more, he could even get appreciated. "There are more opportunities to get breaks," he says. And to do things your own way. In Ab Tak Chappan, "I just stuck to the story. I told it simply, never made it loud and didn't use any romance or song-and-dance as diversions." 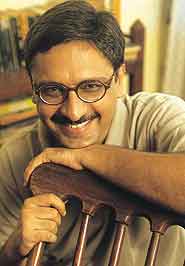 Pankaj Advani's Cape Karma, produced by iDreams, aims to be as uncompromising in spirit. A surreal, psychological thriller, it's essentially about the interaction between two characters—Manav (Rahul Dev) and Maya (British actress Audrey Woodhouse). Advani feels that independent cinema can get more adventurous if digital filmmaking flourishes: "It gives makers a lot of freedom, you can experiment with more interesting subjects, it works quicker and cheaper."

I cap it with a fitting finale. Farhan Akhtar, the man who gave Hindi films a 'naya andaz' with Dil Chahta Hai, promises that his next, Lakshya, will be unlike the war movies Hindi cinema has seen. No overt jingoism, no Pak-bashing but some quiet introspection. And he is confident that the audiences will accept it. For him the biggest sign of changing times is that no particular genre is defining the trends. "It used to work in cycles—romance, then action, then family films. Now there is a broad acceptance for every kind of film. There is enough space for anyone."

Perhaps it's this that's keeping the new cinema alive—a lot of energy, introspection, anger, pragmatism and infectious optimism. Meanwhile, my friend continues to preserve the poster of his aborted film as a screensaver. But he is already thinking up his next project. One film might be dead but cinema has to live on.

When A Star Shoots The Moon