The BJP-led Mah­a­rashtra government launched Manodhairya Yojana with much fanfare and made it its showcase initiative, offering a compensation of Rs 3 lakh to rape and acid-attack survivors, to be given in instalments. 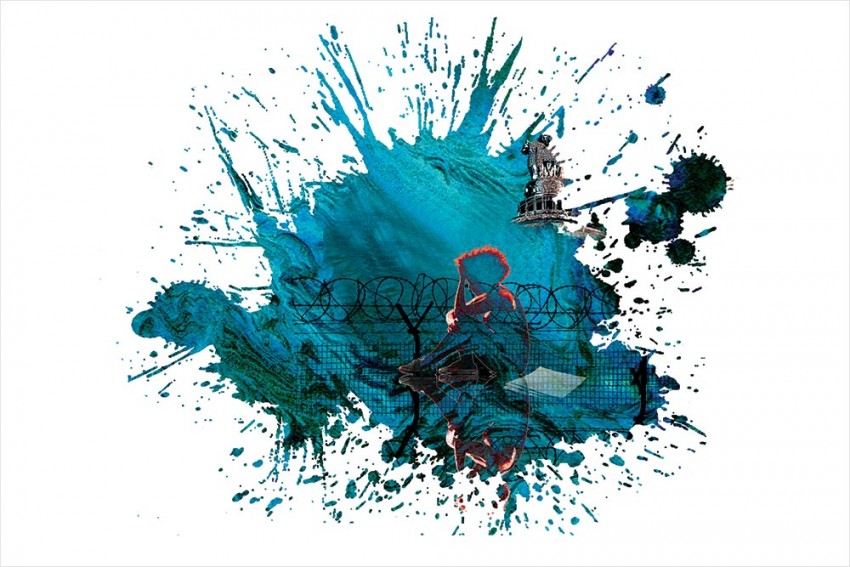 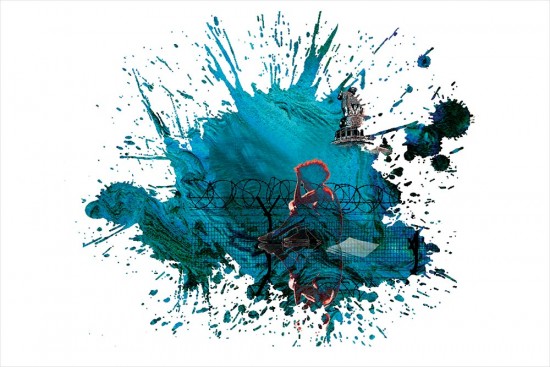 A couple stretched out for the night on a soiled bedspread on a footpath, hardly attracting a second glance in this city of strangers. The children—dau­ghters aged six, four and two—were tucked in between the parents. The father, 28, couldn’t keep his eyes shut. He would pull himself up at the slightest sound of a footstep and check on his eldest child, who was lured by a neighbour to his shack in a Mumbai slum and raped nearly two years ago. They had to ret­urn to the city this January to appear before the court that is hearing the case. This was their first night since arriving in a stifling general coach of a train from Calcutta.

The family’s last tryst with Mumbai was horrifying. In January 2016, the fat­her had joined a small unit that did zari embroidery on saris, but had to leave the city just two months later when his eldest child was sexually ass­aulted. Seeking justice for his daughter and the compensation promised under the Maharashtra government’s financial assistance scheme for the rehabilitation of rape and acid-attack survivors, he feels bogged down by the legal and adm­inistrative intricacies. “This is why people say one should never get involved in court cases even if one is a victim,” he laments. Without a regular job, he needs the money, but the state government’s heart and wallet don’t appear to be in the same place when it comes to disbursing compensation under the Manodhairya Yojana, a court-mandated scheme launched after the gang-rape of a photojournalist at Mumbai’s Shakti Mills in August 2013.

Audrey D’Mello, helping the family with legal assistance, is aghast at the way the authorities treated them. “They stayed for at least two weeks in the streets or the shanties in the eastern suburbs (at Cheeta Camp’s Dhobi Ghat area in Trombay), where they had lived for a while in 2016,” she says. It was only after D’Mello, director of Majlis foundation, which provides legal aid to victims of sexual assault, wrote a strongly worded letter to the court that the family was called this June for rec­ording evidence. The process was completed in a day, but they had to stay on in Mumbai, unable to get confirmed train tickets until July 5.

It’s been more than two years since the crime, the filing of the FIR and the suspect’s arrest, but the family hasn’t rec­eived any compensation yet. “The child is eight now, but not a single penny has come their way,” says D’Mello. Instead, the family was in for another shock when D’Mello came to know that the District Legal Services Authority (DLSA), the sanctioning agency for the scheme, had issued a cheque of Rs 1 lakh for the victim, but withdrew it later as the family was no longer living in Mumbai. The family was unaware of the cheque until the police told them.

The Manodhairya Yojana owes its exi­stence to Section 357A of the Criminal Procedure Code (CrPC), introduced in 2009, which asks every state government to devise a scheme for compensating rape and acid-attack survivors or their dependants. The BJP-led Mah­a­rashtra government launched the scheme with much fanfare and made it its showcase initiative, offering a compensation of Rs 3 lakh to be given in instalments. The outcome of the court trial is supposed to have no bearing on the eligibility for compensation.

According to media reports citing the Right to Information Act, more than 1,300 victims were not paid between October 2013, when the scheme was introduced, and January 2017 despite compensation being sanctioned. In fact, the government has paid only 34 per cent of the victims since the scheme was launched.

Since the ­Manodhairya Yojana was launched, the government has paid only 34 per cent of the victims.

Last year, the government was rapped by the court when a new clause was int­roduced to the scheme, allowing for recovery of the money paid to a victim in case of any factual mistake in the complaint, or if the claimant turns hostile in court. Property belonging to the victims, or their parents or husband, would be seized to retrieve the money if they failed to return the amount. Activists allege this will deter the poorest and most vulnerable of victims from seeking compensation.

The compensation amo­unt, too, was revised to Rs 10 lakh for a survivor who is “mentally ret­ar­ded”, “traumatised” and “incurs permanent disability” due to the ass­ault, or suffered grievous physical wounds due to gang-rape. An equal amount was also promised to the family of a woman or a child, irrespective of gender, if the victim dies. In other cases, the amount will be Rs 3 lakh. Half the money is to be paid after the FIR is lodged, and the rest after pol­ice file the chargesheet. In the Bengal family’s case, the FIR was filed in March 2016 and a man in his 30s was arrested when neighbours found the sobbing child in his hut. The girl’s medical examination confirmed she was raped.

According to another new rule, 75 per cent of the compensation will be locked in a 10-year fixed deposit (20 for children). Petitioners challenging the changes in the Bombay High Court have sought to know how helpful that would be for survivors in urgent need of money for immediate expenses such as medical bills. “The rules specify that only those suffering serious injuries or facing permanent damage can claim certain benefits. Who is going to assess the level of damage, especially for victims in smaller towns?” the petitioners ask.

Vidya Thakur, minister of state for women and child development in Maharashtra, couldn’t be contacted des­pite repeated attempts. Officials in her ministry and the DLSA refused to talk, saying they were not authorised to comment. Advocate Flavia Agnes, who provides legal aid to victims, says the scheme won’t work with the current rules and regulations. “There is not a single case in which the victims got the entire amount. There is no defined criteria on the basis of which the victims are being paid,” she says.

The scheme is rife with allegations of poor implementation and selective disbursal of compensation. Activists cite the case of a girl, aged four, who was raped by two men in January-February 2018. The suspects are a 25-year-old bar waiter, who was the girl’s neighbour in a poor locality in Mumbai’s Santacruz area, and a 52-year-old wandering cigarette-seller. Her mother caught the waiter red-handed after her nine-year-old son infor­med that he had been taking his sister to a dingy room of the bar close to their hut. The accused was turned in, but the girl disappeared one February afternoon. She was traced to a shanty a little away from her hut. The cigarette-seller had lured her there and raped her. “FIRs were filed in both cases and medical examination confirmed rape, but the family got no compensation,” D’Mello alleges.

There are many such instances of people not getting the due amount. Who decides how much money is to be given and how are such decisions taken? A 15-year-old was raped multiple times allegedly by a cousin, a cabbie registered with an app-based taxi service. One day she told her mother about it. Soon the girl’s nude photos and videos started doing the rounds in the neighbourhood.

Her father, a restaurant waiter, filed a police case this January that the suspect, 26, took his daughter to an abandoned building in Mumbai’s Govandi area in the eastern suburbs on the pretext of giving her a ride to school and raped her. He took pictures and videos to blackmail her. The suspect was arrested and the girl’s father approached the DLSA for compensation. “His request was turned down,” says advocate Shreya K, the family’s counsel. “Officials said the amount was not decided. After repeated requests, the DLSA handed a cheque of Rs 75,000 on June 18.”