From temples and palaces to stories and literary festivities, in Outlook This Week, a diary from the city of Madurai. 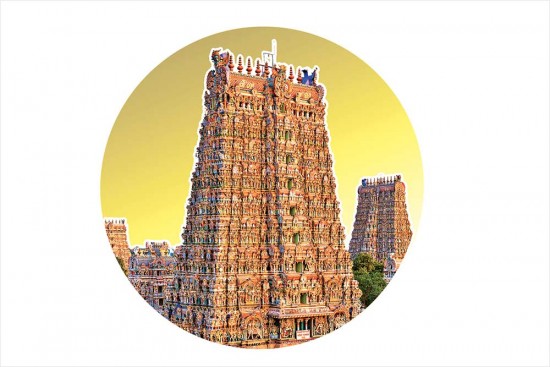 When A.R. Rahman’s music floats into Mani Ratnam’s films, we get a unique kind of magic—the kind we sensed the moment we walked into the Thirumalai Nayak Palace, the moment the hostess told us that this palace was a favourite venue of the filmmaker for his dance sequences. Imagine the dreamy arches and the unworldly sculptures in the song Kehna Hi Kya from Bombay; the luminous festivity of the dance to Tere Bina in Guru. The magic of those sequences were created by the picturesque courtyard of the Nayak Palace no less than Rahman’s music and Mani Ratnam’s lyrical cinematography. Inside, the palace has its own dance hall. When was the last performance held there? Did the performers or the audience of the last performance know that the curtains were going to come down on history? And that a technicolour extravaganza would be unveiled centuries later by the force of nature called Bollywood?

It is the kind of moment that stands out in a traveller’s memory, like a festering wound that bleeds stories. We were walking around the Meenakshi temple, wordless at the intricacy of the sculpture. Premila Paul, the retired professor of English at American College, Madurai, who had invited me to speak at the college, told us stories that would have remained stone otherwise. The time came when we were to enter the shrine, fast-tracking to avoid the queue by paying a fee of Rs 100 each. Premila said, “I’ll wait for you outside.” Pausing, she...