Small and regional political outfits may muddy the waters for the BJP and the Congress in Madhya Pradesh. 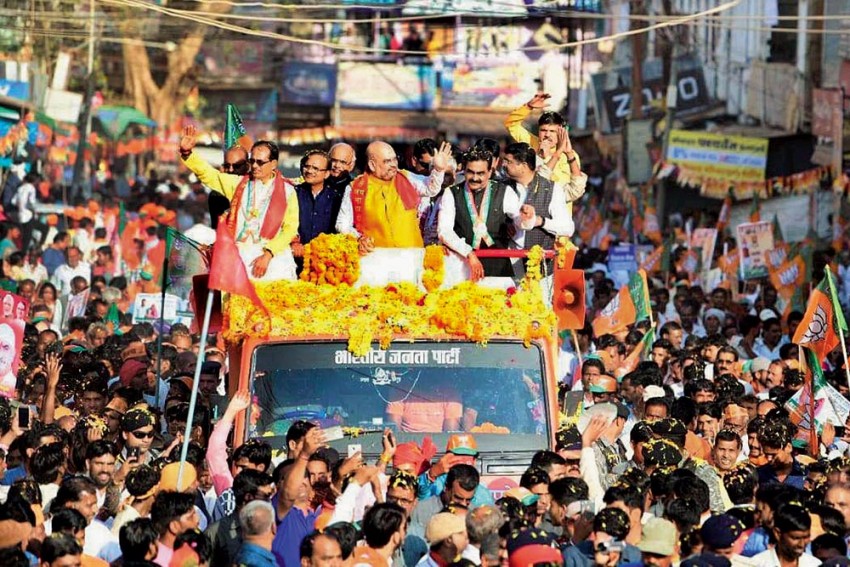 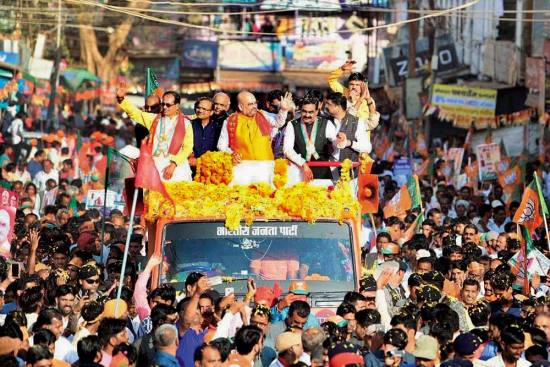 With a clutch of small and regional political outfits throwing their hat in the electoral ring, the upcoming assembly polls in Madhya Pradesh may not be a two-horse race—as elections have always been in the state. These parties may muddy the waters for the two key players—the BJP and the Congress. To date, the Samajwadi Party (SP), the Bahujan Samaj Party (BSP), the Gondwana Gantantra Party (GGP), the Jai Adivasi Yuva Shakti (JAYS), the Samanya Pichhda Evum Alpasankhyak Varg Adhikari Karmachari Sanstha (SAPAKS) party, the Aam Aadmi Party (AAP), the Janata Dal (United) (JDU) and the Nationalist Congress Party (NCP) have announced they would be fielding candidates. Some of them intend to contest all the 230 seats. The NCP says it will join the fray in 200 constituencies, while JAYS, headed by Dr Heeralal Alawa and entering the arena with the slogan ‘Abki baar, adivasi sarkar’ (this time, an adivasi government), will stick to 80 seats where adivasi voters have a decisive say. The assembly has 47 seats reserved for the STs, while adivasi votes impact the results significantly in 40 other constituencies. Presently, 32 ST seats are held by the BJP, 14 by the Congress and one by an Independent. The huge turnouts at JAYS rallies have forced the Congress and the BJP to look up and take notice.

The SAPAKS, which has support of the elite castes, gained momentum after the ordinance on SC/ST (Prevention of Atrocities) Act was brought by the central government recently. While SAPAKS has raised challenges for the BJP, the Congress is upset with the BSP’s decision to contest all the seats in MP and JAYS’s plan to contest in the adivasi-dominated seats. Yet Congress leader Bhupendra Gupta says, “All the small groups put together can’t garner enough seats to pose a threat to our party. We will be able to win this time without any alliance as the anti-incumbency votes will go to the Congress.” And a senior BJP leader asserts that JAYS will gobble up the Congress’s adivasi votes, benefiting the ruling party. 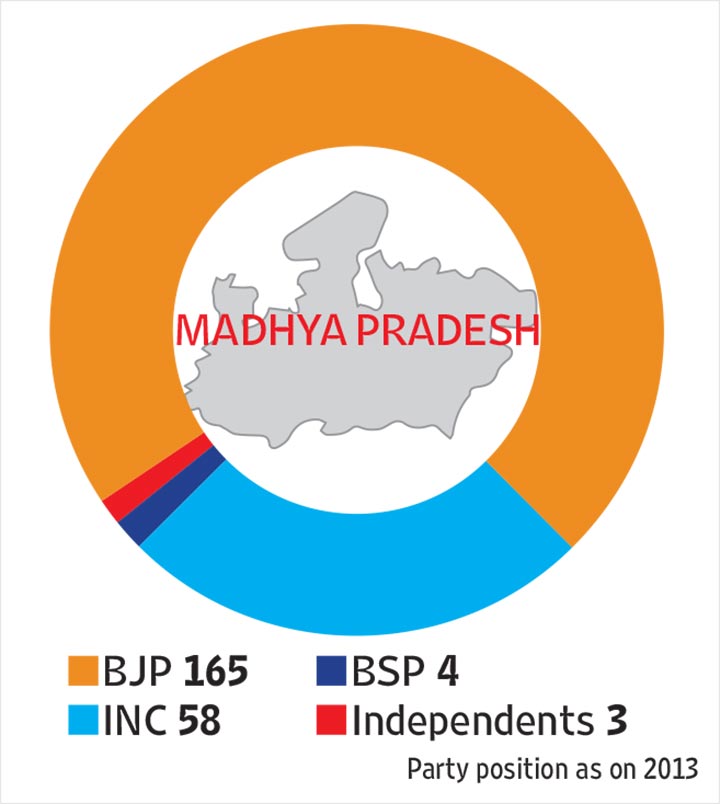 In the state’s 62 years of existence, no party other than the Congress and the BJP (or its earlier avatar, the Jana Sangh) has ever formed the government. Currently, the two parties hold 223 of the 230 assembly seats, and all the 29 Lok Sabha and 11 Rajya Sabha seats in the state. The BSP and the SP’s efforts to make inroads into MP have met with little success, with their influence confined to the Vindhya Pradesh and Chambal-Gwalior regions skirting Uttar Pradesh. Nor is the Left a force to reckon with.

Incidentally, MP and Rajasthan are among the few states without any regional political outfits of its own. The combined strength of the BJP and the Congress in the assembly has been consistently growing over the past three decades, leaving less and less space for other parties. In 2013, only seven seats went to others—four to the BSP and three to Independents.

This time, there was talk of a ‘mahagathbandhan’ (grand alliance) of the Congress, the BSP, the SP and the GGP. However, at the last moment, BSP supremo Mayawati announced that her party would go it alone in the state, blaming Digvijaya Singh for the failure of the alliance talks. However, the state Congress chief Kamal Nath claimed that Mayawati was demanding an ‘unrealistic’ 50 seats, including some that the Congress had won in 2013. Interestingly, of the four assembly seats the BSP had won in MP last time, only one was reserved for the SCs. SP chief Akhilesh Yadav, who has announced that his party would be contesting all the 230 seats, and that Congress rebels were welcome to its fold, is exploring the possibility of forging a joint front with the GGP. While it would be difficult for any of these parties to clock a respectable tally, they do have the potential of upsetting the apple cart of the BJP and the Congress. Which of the two they will hurt more is tricky to guess, but the Congress can no longer hope to benefit by the TINA factor as it would have to share the anti-incumbency votes with them.

There Is A Strong Sense Of Betrayal By Modi Government: Congress' Data Analytics Head