After films like Traffic Signal, Corporate and Page 3, he delves into the world of fashion 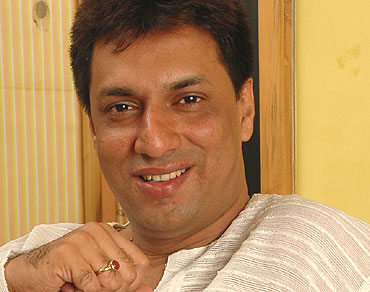 It deals with the ups and downs of the fashion world. It’s a human, emotional story.

Why fashion of all things?

After Page 3 and Corporate, I wanted to explore the fashion world. Fashion news has always been big so I thought there would be an audience in the consumer market.

You’ve been seen at fashion weeks the last couple of years.

Yes, I’ve attended 50-60 fashion shows and the 3-4 fashion weeks also and interacted with designers etc. It was part of my research.

So are you going to tell us about the ugly things in the fashion world?

I wouldn’t say that because the film is in the making and there’s too much speculation.

Everyone has been speculating that it is Carol Gracias or Shivani Kapur or Geeta Nagpal’s story. Wait for the movie to release.

Did you discover why so many designers are gay?

I’ve not gone into detail on that. Gays exist in every sphere but they don’t get as much exposure as in the film world or fashion world.

Does reality seem entertaining to you?

You watch reality shows on TV, crime stories on news channels—it’s all based on reality so why blame only me? My films have 70 per cent realism and 30 per cent fiction—they’re not art or commercial films, they’re middle of the road.

Are the designers apprehensive about their world being exposed?

I think they should weigh the pros and cons before passing judgement.

Yes. It’s a Rs 18-crore movie. In terms of content, styling and glamour I couldn’t make it a small budget film. It required a certain look.

One film that changed Bollywood?