Rajinikant has performed leading roles in films ranging from romantic comedies and drama to action thrillers. 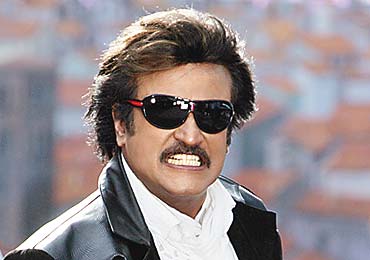 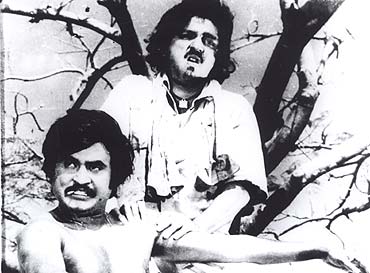 1977: Padhinaru Vayadhinilae (At the Age of 16). Co-starring Sridevi and Kamal where Rajni plays a rowdy character, Parattai. Known for his one-liner 'Idheppadi irukku?' (How's that?).

1980: Billa, remake of Don. Rajni's hits in the 1980s were largely Amitabh remakes. Andha Kanoon (1983) with Amitabh and Chaalbaaz (1989) with Sridevi, where Rajni speaks a distinct Hindi, were the high points of his brief Bollywood foray. His sole Hollywood film Bloodstone (1988), produced by Ashok Amritraj, bombed. 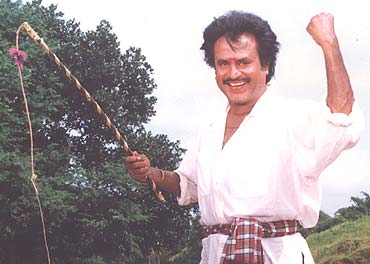 1995: Muthu. Co-starring Meena, became a cult hit in Japan with subtitles. Led to the formation of Tokyo Rajnikant Fans Association.

1999: Padayappa. Starring Ramyakrishna as an arrogant woman, with shades of Jayalalitha, whom the hero eventually tames. 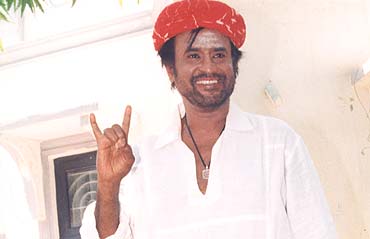 2002: Baba. Rajnikant's wife Latha tried converting him into a brand. Over-hyped, but a huge flop. 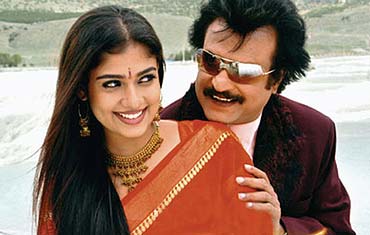