One of Bollywood's last active links with its golden era, the veteran lyricist shares his unique musical insight and sense of history in a freewheeling conversation 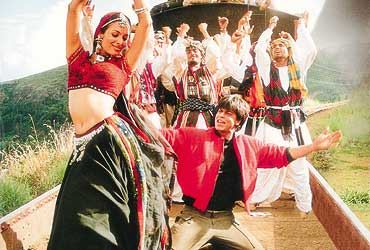 outlookindia.com
-0001-11-30T00:00:00+05:53
Poet, short story writer, scenarist and filmmaker, Gulzar wrote his first film lyric in the early '60s. In the decades since, he has penned a string of timeless songs. From Mora gora ang lai le, mohe shyam rang dei de to Kajra re, Gulzar's has been a journey that mirrors the ebb and flow of Hindi film music. Who else but him then to talk about the abiding themes of our film songs? Why do we always sing of love, longing and pain? Why not anger, cynicism, disillusionment or idealism? How has the expression of love itself changed over the years? One of Bollywood's last active links with its golden era, the veteran lyricist shares his unique musical insight and sense of history in a freewheeling conversation with Saibal Chatterjee.

It was India's very first sound film, Alam Ara, that established the song-n-dance convention in our cinema. Seventy-five years on, how would you assess the state of film lyrics?
It would be unfair to judge film songs in isolation. Lyrics can be only as good as the film, the script and the music they're written for. If the quality of the film and its music is poor, the lyrics too are bound to deteriorate.... The lyrics should not only reflect the spirit of a film, but also capture the essence of the time and place it's set in. If some of today's songs seem laboured, it's because of a huge disconnect between lyric writing and poetry. Words are rustled up to fit pre-composed tunes. The beat is important, not the words. 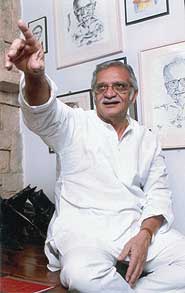 When exactly did this decline begin?
The slide started when dance became gymnastics and songs turned into a meaningless stringing together of words. Today's lyrics aren't poetry. They aren't even prose. They are bad prose. The attempts at rhyming are painfully laboured. In the past, a Hindi film lyricist had 70-75 words to play around with. Today he has no more than 30 or 35. Their vocabulary is very limited. Today's cinema has no gentle dissolves, no flashbacks. It's cut-to-cut. Images and sounds are thrown at you one after the other. In song sequences, the movements usually have no connection with the words. Words are just an excuse to hang a tune on.

Is that a reason why our film songs are predominantly about a single emotion—romantic love? Elements like anger, cynicism and social satire are virtually absent...
Well, most of our films are love stories. We don't tell stories about older people. Our stories are usually about boys and girls falling in love. If I tell somebody I'm doing a film with A.K. Hangal and Dr Shreeram Lagoo, the first question I'd be asked is: "Hero aur heroine kaun hai?" We are so stuck with this kind of cinema, it seems impossible for us to get out of this mindset.

So, is the situation unlikely to change ever?
Some contemporary filmmakers are bucking the trend. Nagesh Kukunoor's Iqbal does not have a heroine. Rang de Basanti isn't a typical boy-meets-girl story either. The songs in these films, especially in the latter, reflect this departure quite distinctly.

How would you describe the love songs you've penned over the years?
I've often tried to inject Sufism into purportedly romantic songs. Take Chhaiyyan Chhaiyyan as an example. It has the influence of Bulle Shah and Baba Farid, the great Sufi poet-singers of Punjab. In Saathiya, too, I wrote Mera yaar mila de saiyyan, which isn't a typical romantic number though it's essentially a love song. My songs aren't exactly romantic; they are often pastoral vignettes of life in Punjab, redolent with nostalgia and a sense of loss. I'm talking about songs like Chappa Chappa charkha chale and Chhod aaye hum, woh galiyaan from Maachis. With someone like A.R. Rahman, I can work on the words and imagery strictly in relation to scenes and visuals.

In that sense your romantic songs are probably closer in spirit to the outpourings of the great Romantics of English poetry like John Keats and P.B. Shelley...
I'm not sure of that, but yes, it is important for our film lyrics to keep evolving. The imagery of Krishna serenading Radha, trying to wake her up, teasing her as she sits on a branch or trying to break her earthen pot as she heads for the well, used to work once. It can't work anymore, yet our lyrics are stuck in that imagery drawn from our folklore and mythology. Life has changed, the images in our songs haven't.

Your own lyrics have always had a degree of playfulness about them. Would you agree were I to say it has only increased in recent times?
You don't have to wear heavy glasses to write film lyrics. Beeti na beetayi raina in Parichay was a classical bandish that conveyed the pain of separation. It worked wonderfully well in the '70s. Today's Hindi cinema has no room for such songs. If we think old classical poetry will still work, we'd be deluding ourselves. Do we still wear the kurtas or pants we wore in the '60s? To survive, you have to move with the times. You have to think of images relevant to the contemporary environment. In Satya, I wrote sara din sadkon pe khaali rickshey sa peechhe peechhe chalta hai to refer to a lover pursuing her beloved. I couldn't have used the traditional Radha-Krishna imagery here. It would've been completely out of place.

Does your being a director help?
It certainly does. When I write lyrics, I know what will work. In Satya, only Goli maar bheje mein bheja shor karta hai would have been apt. I could not have written Dil-e-naadaan tujhe hua kya hai. Similarly, when I wrote Chhadi re chhadi kaise gale mein padi in Mausam, I knew nothing else would work.

Film songs made pre-Independence often exuded a strong nationalistic fervour, but that changed once India attained freedom and cinema became a medium of sheer entertainment. Would you agree?
Yes, indeed. Songs like Door hato ae duniyawaalon Hindustan hamara hai or the use of Vande Mataram in numerous lyrics was the norm in pre-Independence Hindi cinema. Bhajans sung by fakirs were also popular. These songs commented upon life; the wandering minstrel was like a sutradhar or chorus throwing light on the drama. That has been a tradition. I used a blind man in Kitaab to sing a similar song. In Aap Ki Kasam, Rajesh Khanna, in the garb of an old man, sings Zindagi ke safar mein guzar jaate hain jo mukaam, woh phir nahin aate. This convention springs from India's age-old katha tradition that rests on a solo narration of the Ramayana or Mahabharat. In post-Independence films, songs that reflected disillusionment were also common. The songs of Dharti Ke Lal, which brought together the talents of Ali Sardar Jafri, Khwaja Ahmed Abbas and Ravi Shankar, did that.

Who, to your mind, are the greatest Hindi film lyricists of all time?
Shailendra was the best. He knew the medium and he knew poetry. He would write Mera joota hai Japani to go with the image of a tramp but would invest the song with many layers of meaning. He could turn a film song into a piece of literature. Sahir Ludhianvi was another great. For him words always came before the tune. Who else but he could write Pedon ki shaakhon pe khili khili chandni?

And among contemporary lyricists...
There are quite a few, but how much difference they'll make will depend on how long they can last. Remember Yogesh, the poet who wrote Kahin door jab din dhal jaaye, saanjh ki dulhan badan churaye, chupke se aaye in Anand, and other lovely lyrics for Salil Chowdhury? He vanished all too soon. Prasoon Joshi uses language very skilfully. His lyrics for Rang de Basanti are a classic case of songs matching the film and its characters perfectly. Another lyricist I'd like to hear more of is Nida Fazli. He is a wonderful poet.