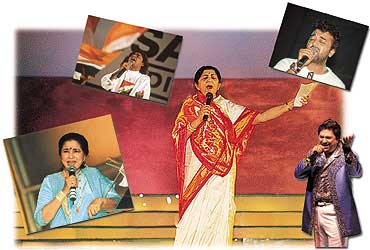 But all this could change now. Amid fresh peace initiatives between the two neighbours, the Pakistani army is now singing a completely different tune—officially inviting top Indian singers to perform for them. And, as if taking a cue from the army, even the entrepreneurs want to cash in on this change of heart and have launched their own initiatives to stage music concerts in Pakistan with Indian celebrities.