An unsurprising story, but told with freshness, fun and loads of warmth. 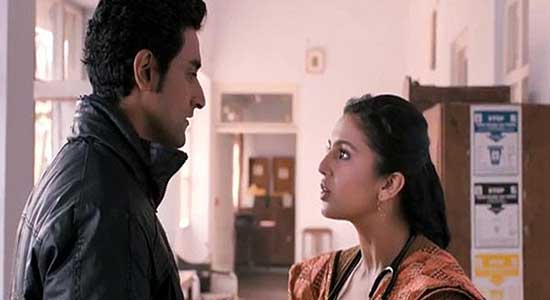 KISS (Keep It Straight and Simple) is a sound formula for making movies. Sameer Sharma does just that in LSTCK. It’s the unfussy, uncomplicated story of a grandson, Omi (Kapoor), returning to his grandfather to escape a London gangster. The grandpa is senile and has forgotten the recipe for the chicken khurana, a dish their family dhaba was famous for. So will Omi redeem himself by reclaiming the recipe?

An unsurprising story, but told with freshness, fun and loads of warmth. Every character has plenty of heart. Shot in rural Punjab, the feel is authentic. The humour is rooted (the easy talk of piles over dinner, for instance) and lingo is rightly rustic. It’s refreshing to hear phrases like “world ka geda lena” and words like “kanjar” in a Hindi film. Meanwhile, composer Amit Trivedi adds a zingy new-age touch to traditional folk sound with Keekali Kalerdi.

Kapoor is likeable and Huma is every inch the rough and tough kudi Harman. Rajesh Sharma stands out as the free-loader Titu Mama, Munish Makhija (Channel V’s Udham Singh) makes a welcome comeback and Mukesh Chhabra is a hoot as the local “kachchaa” (underwear) seller.
What the film has in abundance is something that Indian cinema largely lacks: the romance of food. LSTCK also hints that secret ingredients of popular dishes at legendary joints may not be the commonplace heeng (asafoetida) or imli (tamarind) but something rather entirely different! Watch to know more.