Kakar’s Bhartrhari agonises over love at its cynical and cruel best. Its painful glory is sung in exquisite poetry. 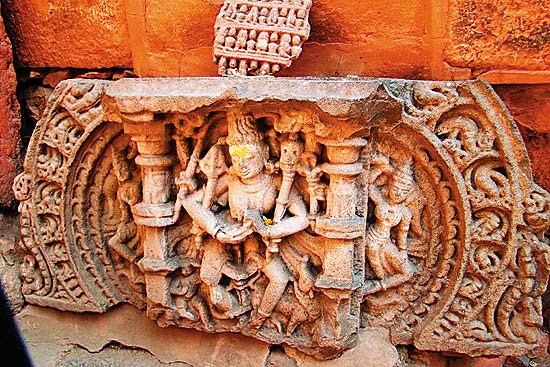 From the opening sentences of Sudhir Kakar’s kama-soaked historical novel, The Devil Take Love, it is clear that desire will take a wrong turn and come to a bad end. Kakar has imaginatively recreated the life of Bhartrhari, the greatest Sanskrit poet of love, renowned for vacillating between an exuberant life of pleasure and one of world-weary austerity. Since little is known about him, Kakar makes him, quite plausibly, the court poet of the kingdom of Avanti, setting his story in its romantic capital city of Ujjaini during the time of emperor Harsha.

Kakar refashions the “city of beautiful, sensual women in their white mansions”, which the earliest travel guide of our subcontinent, Kalidasa, des­cribed thus to the cloud messenger in Meghadootam: “Though it takes you off your northward course/don’t neglect the view of the roofs/of Ujjaini’s white mansions. If you aren’t delighted/here by the women’s eyes—their darting sidelong looks startled by the glitter/of your cleft lightning—why, you have been cheated!”

Some of us grew up reading Bhartrhari in the fine translations of Ingalls and Stoller Miller, but we can thank Kakar for introducing us to the elegant voice of a young poet, Kala Krishnan Ramesh, who has translated the poems here. The book’s enigmatic title comes from Bhartrhari’s famous verse, which captures his bitterness at the infidelity of lovers and leads him to renounce society: “She whom I am always thinking of has no interest in me; she desires another man whose devotion is for one other than her. And for me, some poor girl pines. Damn it all then! The Devil take her and him. The Devil take Love and also her and me.” There is discouraging truth in the inherently unequal nature of love—and the one who loves is always more vulnerable.

The disappointed Bhartrhari sees through the cynicism of the courtly life, where in the poet’s own words (transla­ted by Stoller Miller): “If you keep quiet, you are dumb/if you’re eloquent, you are pretentious/if you are distant, you are arrogant/if you are intimate, you are presumptuous/if you are patient, you are not manly/if you are impetuous, you are ill-bred.” Shaken by his wife’s infidelity, Bha­rtrhari curses his love. But he is a kama optimist and maintains that it’s still worth the risk of falling in love as long as one is aware that there will come a day when love will become bitter. He senses an innate conflict between dharma (duty to the other) and kama (duty to oneself) and in this ‘no-win’ situation lies the melancholic human condition.

Kama has always had its optimists and pessimists in India and Kakar’s book pre­sents the primordial dialectic of Indian civilisation between the two. Bhartrhari writes, “Should I settle on some sacred river’s bank/to practise austerities?/Or should I be the gentleman and wait/upon women of high qualities?/Should I perhaps drink from scriptures’ streams/or maybe taste the nectar of vibrant poetry?/How can I decide which to do when life/is here only for the twinkling of an eye?”

Kama pessimists struck back early. Realising its power to undermine the spiritual project, the Upanishads, the Buddha, and a stream of other renouncers denounced kama. The confused householder looked to the dharma texts, which accepted kama’s positive qualities but decreed that it be confined within marriage. While monogamy became the norm, people resorted to illicit love, the subject of much Sanskrit and Prakrit love poetry.

An achievement of the classical age of the Guptas and Harsha was to find a civ­ilised space for illicit love. Ridicule and res­traint are ways of dealing with the unc­ongenial but some problems cannot be silenced. Bhartrhari tried to cope with the life of jealous intrigues at the court and still retain a vision of goodness and beauty. The answer lies in his poetry, which expresses a fine balance between what the Mahabharata called the pra­vriti-­laksano dharma, ‘the active way of life’, and nivrtti-laksano dharma, ‘the contemplative way of life’. It is in the not­ions of dispassionate love, harmony and urbane restraint. These are the values we see reflected on the serene face of a brilliant sculpture of this classical age.