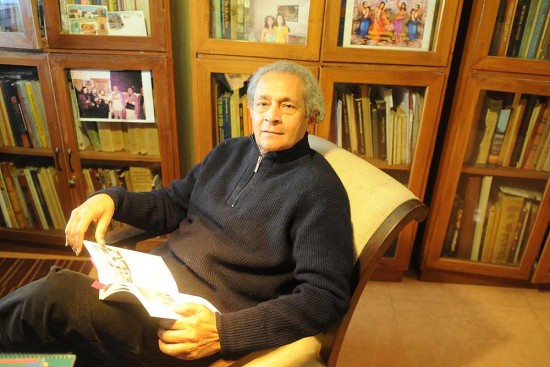 After the pulping of a Wendy Doniger book, here’s another storm in publishing. This time it’s not over content perceived as offensive but over authorial rights. Tem­ple Tents for Goddesses in India, an illustrated monograph on the painted canopies used by the Devipoojaks and some other communities of Gujarat to create sacred spaces, was first publi­shed in German in 1982, with Dr Eber­hard Fischer, Haku Shah and Dr Jyo­­­­­t­indra Jain as co-authors. But the Eng­lish version that was published some months ago by Niyogi Books, Delhi—a near-replica of the original, barring some editing, an extra chapter, and the additional word ‘Gujarat’ in the title—makes no mention of Shah or Jain.

It’s an egregious omission, for all  three have impeccable credentials and such credit-sharing breaches are not exp­ected at that level of scholarship. Fischer is a former director of the Mus­eum Rietberg, Zurich. His association with aspects of Indian culture—tex­tiles, murals, miniature art and rel­­­ig­ion—runs more than four decades, and he’s among the few foreigners who have won a Padma award, a Padmashri for literature and education in 2012. Jain is a former director of the National Crafts Museum, Delhi. And Shah, a renowned artist who also set up a tribal museum at the Gujarat Vidyapith in Ahm­e­­dabad, is an expert on the folk and tribal arts of western India. He too is a Padmashri.