Lost And Found, The Inner Saffron

Has the Congress lost its core values? In this new strongman avatar, is it becoming BJP lite? 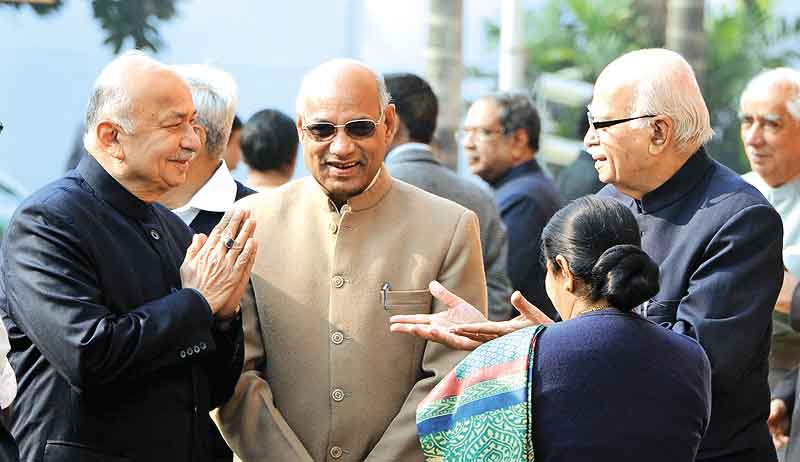 Why Congress probably did what it has done

Like the Roman empire once did, perhaps the Congress has come to believe that the   gladiatorial spectacle and catharsis of a public hanging every few months can distract from other pressing issues. Currently, those happen to be an economic slowdown, escalating prices and a fresh corruption scandal within days of the Afzal Guru execution. And yes, it will now be back to the barracks in Kashmir, and the world gaze again on India’s actions in the Valley.

So why has the Congress-led UPA-II regime strung up a man whose death was bound to raise a few mutinies in Kashmir and raise several questions elsewhere? On the record, the Congress says it’s just following due process of the law (and just to shore up this angle, expect some more executions, most likely those of dacoit Veerappan’s associates). As a party leader told this correspondent, “We can’t just hang a Kasab and an Afzal. It’ll seem like we are only going after the minorities. We have to correct the balance. So I’d certainly expect non-Muslims to go to the gallows.”

While the Delhi regime engages with the vexing question of “off with who’s head next”, there is no escaping the fact that the Afzal Guru hanging was only to beat the BJP at its own game. With strongman Narendra Modi gathering steam on the national scene, it was perhaps the Congress’s way of showing they too have a tough side. Many Congress leaders were in fact crowing over the fact that “they have taken away the issue from the BJP”. They have perhaps forgotten how in the last quarter century (ever since the BJP gained prominence with a new vocabulary of mainstream right-wingism) whenever the Congress has tried to play this game, they have fallen between two stools. This has most notably been seen in Modi’s own turf, Gujarat. 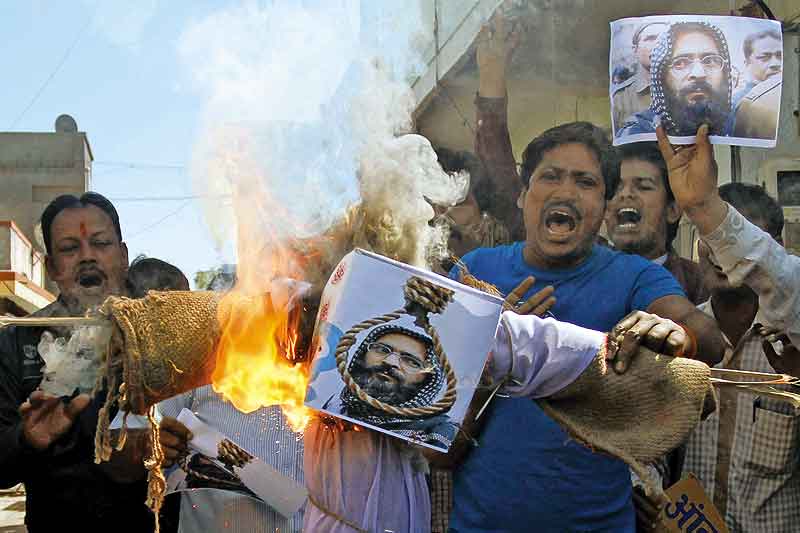 Tragically, no one’s even really talking about the country’s lost humane values. Although the party still showcases pic­tures of Mohandas Karamchand Gandhi at every conclave, many of Rahul Gandhi’s fresh Youth Congress rec­ruits possibly remain unaware of the Mahatma’s words—that an eye for an eye makes the whole world blind. But then, India lost its position as a moral voice several decades ago. Even party leaders admit that today they often appear to be in a rather cynical pursuit of votebanks in a debate whose rules and vocabulary have been set by the right-wing BJP and the media. As one party spokesperson put it, “What can we do...we have to respond.”

A Congress leader says, “We can’t just hang a Kasab, an Afzal. It looks like we are going after the minorities.”

Consequently, we must ask now: instead of representing anything by itself, is the Congress planning to turn itself into BJP lite? A more existential app­roach to this would be to ask if the grand old party’s only usp isn’t moral values and policy principles but the fact that it is not the BJP. None other than an advisor to party general secretary Digvijay Singh has asked this. Writer and historian Amaresh Mishra asked the day after the execution: “Have the RSS/Bajrang Dal merged with the Congress? Why else would Delhi police allow their activists to molest girls protesting peacefully—exercising their democratic right—against Afzal Guru’s execution at Jantar Mantar.” Indeed, the same violence was borne by students and protesters outside Shri Ram College of Commerce in Delhi on February 6 where Narendra Modi was making a speech. Again, this is happening in a Congress-ruled state.

Indeed, look a little closely and one sees that the communal faultlines under Congress rule have breached alarmingly in the past year or so. Most horrific was the Assam riots which many believed was ‘handled’ by Tarun Gogoi’s Congress regime through an application of “soft Hindutva”. In 2011, there was another communal flare-up in Mewat in Congress-ruled Rajasthan not far from Delhi, with several members of the minority community dying in police firing. And just last month there were the riots in Dhule, Maharashtra, also ruled by a Congress-ncp alliance. Again, the less populous community bore the brunt. To top all this, the much talked about communal violence legislation that the Congress had once promised has been given a quiet burial by this regime.

Now that Afzal Guru has been hanged, the focus must also shift to the handling of terror cases. Human rights activist Manisha Sethi, who has examined many of these cases, says that “one is seeing continuing frame-ups in Congress-ruled states like Delhi, Maharashtra and Andhra Pradesh. If the BJP had POTA, let us not forget that in the last session of Par­lia­ment the Congress gave us a so-called tough law, the Unlawful Activities Prevention Act (UAPA). On such core issues, there is no difference between the Congress and BJP”.

The Congress may respond that it has flagged the issue of “Hindu terror”. But the manner it did so can again be desc­r­ibed as an attempt to play a particular card for electoral rea­sons. To pursue such sensitive cases to their logical end actually requires the political class to play no politics with issues of terror. Afzal Guru was singled out precisely because the Congress was playing politics with terror.

Indeed, Rahul Gandhi, who evoked his family legacy so recently at the Jaipur party conclave, must ponder what his great grandfather Jawaharlal Nehru’s response would have been to what’s been happening under the Congress watch now.

The MIM’s Asaduddin Owaisi, currently battling the ill-effects of a seri­ous image problem, suffered on account of a hate speech that landed his brother in jail, has a few qui­bbles with this Congress approach. What he wants to know is why the VHP’s Praveen Togadia isn’t in jail for subsequently bra­gging about minority deaths in various riots. The Con­g­ress, he says, employed a cynical calculation in hanging Afzal—they “believe the Muslims in India don’t have an option. We are bound to go with the lesser evil. They think that Modi is the scarecrow who will drive minorities into their arms”.

Which is again why the Afzal execution could turn out to be a defining moment for the Congress. When the Babri Masjid fell two decades ago under the Congress watch, there was an erosion of minority trust in the party which simultaneously was losing middle India support to the BJP and rural pockets to caste-based regional parties. The Congress, under Rajiv Gandhi’s watch too, had succumbed to the orthodoxy in overturning the Shah Bano judgement and passing the Muslim Women’s bill which, some say, created the atmospherics for the growth of the BJP. At that time too, the Congress had thought it was helping itself, but the script later went completely out of its control.

Indeed, the great irony today is that the Congress is flexing its muscle at a time when there is a great debate within the BJP about downplaying its Hindutva credentials, appearing more mainstream. A BJP insider offers this insight, “In our hearts, we know that Vajpayeeji may not have hanged Afzal. He was very sensitive to the situation in the Valley. Another BJP leader may have but no one else has yet become PM from our side.”

The boundaries are therefore quite blurred now. Since the national movement, the Congress has had all shades of ideology within it, from the right-wing Madan Mohan Malviya to the liberal, left-leaning socialist Nehru. It is the latter’s family who have inherited the mantle. But they are allowing the Congress to tilt distinctly rightwards at the windmill.

“All Of Us Are Feeling Sad”