A law to deal with mining bankruptcies in India will pave the way for higher growth and profits. This may be the game-changer. 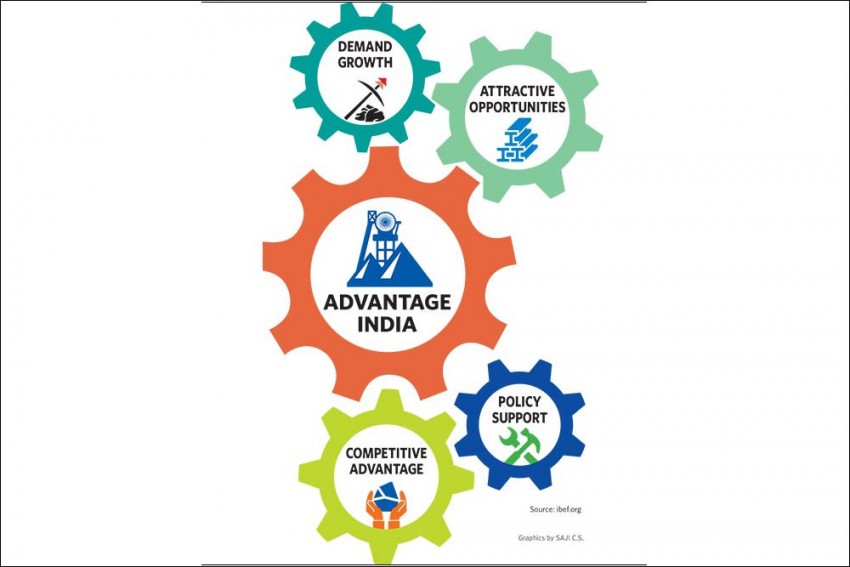 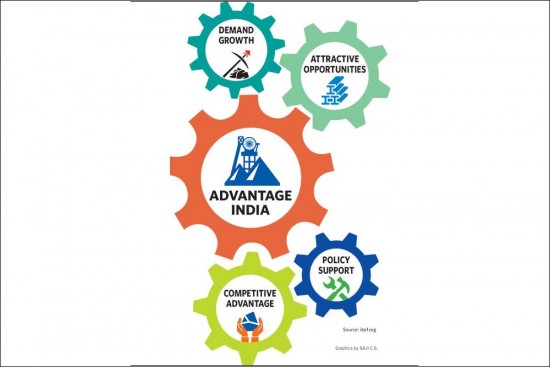 The overall global economy is gradually moving ahead with steady growth forecasts. Growth in major industrial economies witnessed a recovery with their GDP growth rates expected to remain strong in 2018 and 2019. The US’s GDP growth is forecasted at 2.3% in 2019, slightly modera­ting thereafter. GDP in developing Asia has seen strong expansion to around 6% plus, due to both domestic and external demand. The EU region may slow down in the coming years. Growth in China, which accelerated on account of robust consump­tion and still rising exports, is likely to moderate to 6.6% in 2018. In India, growth is emerging from the recent slowdown in 2017 to 7.3% in FY 19, further rising to 7.6% in FY 20. However, a fall in central government’s capital expenditure in FY 18 and fall in investment poses a challenge for future growth.

Globally, central banks are realigning from an accommodative stance to normalising their monetary policies for tackling growth and inflati­onary risks as investment levels take off. However, they continue to remain alert as the ever-changing global dynamics and political and social compulsions across the world impa­­ct trade and investments. The recent crude price spike, geo-political developments and heightened global trade tensions will alter the global economic indicators such as trade and current account deficits, fiscal deficit, inflation, exchange rates, etc. Different regions and nations will be differently impacted. As global and local opportunities and challenges bec­ome intertwined, companies will need to be agile, and continuously review their strategies and business models in order to remain competitive and leverage the disruption to their advantage.

Mining and metal companies are seeing a cycli­cal upside as demand improves and commodity prices see an uptick. While the positive sentiment is slowly reflected in rising production volumes and capacity utilisation rates, invest­ments in expansion activities have not yet been committed in a big way. For most metals and minerals, there is an encouraging sentiment underlying this growth with expectations that it will last a while. Base metals and steel are expected to witness robu­­st growth, but outlook for a few commodities such as coal is slightly negative due to the threat from alter­nate energy and green technologies.

In case of India, the government is focused on tackling long-term macro issues such as tax reforms, creating an enabling infrastructure and resolving the NPA conundrum to enable the industry and stakeholders to plan forward for a brighter future. The broad economic indicators supported by a normal forecasted monsoon point towards a sustained recovery in both urban and rural areas. Despite robust IIP growth and a rising PMI for several months now, the Indian economy is still at cross-roads with growth opportunity being challenged by oil prices, rising infla­tion, policy implementation issues and challenges on the monetary front coupled with global economic protectionist measures widening the trade deficit. Managing these iss­ues will determine the direction and pace of growth for all sectors in India and especially for the mining sector, which is still seen as struggling even after passing of the MMDR Act and enabling legislation. Stakeholders need to be aware that growth in the mining and metals industry still lags behind the country’s overall economic growth primarily due to infrastructure bottlenecks, land acquisition and environment challenges, governance issues and mining bans that are in force, financial distress and potential access to growth capital.

The Indian government is focused on tackling macro issues such as tax reforms, creating an enabling infrastructure and resolving the NPA conundrum

Insolvency And Bankruptcy Code: a game-changer for the metals industry: The government enacted a new corporate Insolvency and Bankruptcy Code in 2017 to resolve the mounting NPA issue and create an enabling environment for financing growth activities. Many of the initial companies referred to in this process are large players from the steel sector. For the past few years, steel producers, amidst slow domestic demand, had faced onsla­ught of low-priced imports, thereby under­going significant financial distress. Now with the turnaround in industrial growth and a supportive trade policy, the domestic growth story is strong, providing amongst the best fundamental scenarios globally for the sector. Successful resolution of a few companies will not only provide a ground for consolidation in the domestic industry, but also, with likely entry of global players, help broaden the indus­try ownership introduce new technology, expand its product profile and put it back on a growth path. Amidst expanding market opportunities, healthy competition will put the focus back on efficiency, productivity, good governance and sustainability, etc.

Interestingly, a certain degree of relative imba­lance amongst the players will probably emerge. The assets undergoing resolution would emerge stronger with a sustainable financial structure due to significant debt reduction. As compared to this, the businesses which are not in any such financial restructuring would continue with the full debt burden. Given the high interest rates in India and low capital turnover ratios in the indus­try, this cost differential between the two set of business units is likely to be a material differentiator in their profitability going forward.

The impact on diverse sets of stakeholders will be around the following themes: Current producers: The industry will see exit of some owner-managements, as the Committee of Creditors (CoC) seeks to maximise value through higher upfront cash commitments and infusion. Current incum­bents having financial resources and credibility will be able to consolidate their position in the industry. Apart from the advantage of size and scale, the source-to-market networks and supplier-customer relationships will be redrawn, boosting producer margins. 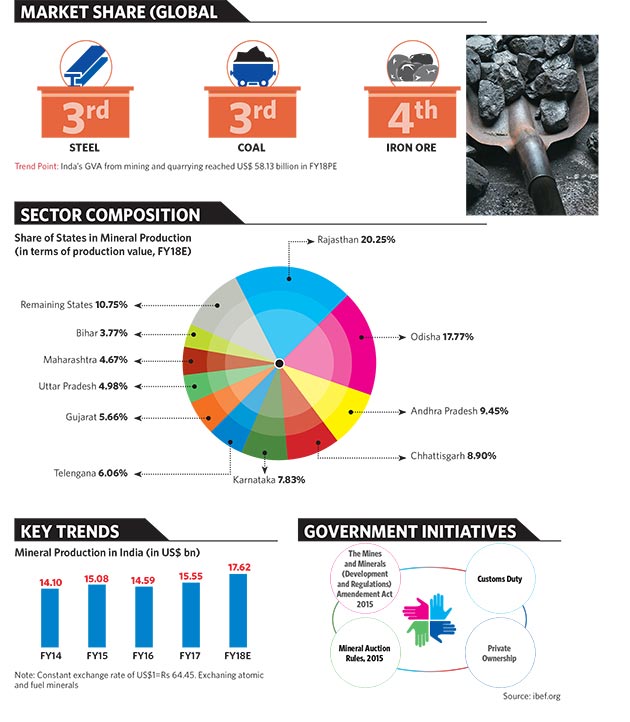 New strategic entrants: For the global players hitherto struggling to enter India, the Code presents a rare opportunity significant enough to re-engage and expand their footprint here relatively quickly, with an already operating business. Most of them would seek to leverage the asset for further expansion and also play to their sectors of strength. Constantly evolving material needs of customer segments such as automotive can be fulfilled by domestic production. The experience of servicing global automotive customers will be quite useful for new entrants in extending their global supply chain arrangements to India.

Customers: Post this round of restructuring, the producing company’s focus will likely be back on research and development (R&D), new product development, import substitution, etc. leading to expanded product portfolio produced locally. This will impart stability to sourcing by their customers particularly for import substitutes. Factors like consolidation, stronger set of producers and renewed focus on margins will play out on the producer prices (costs to their customers).

Lenders: The IBC process being a fast-track resolution mechanism, a substantial part of the debt will be quickly realised or renewed and moved to more sustainable cash flow structures. The intense competition amongst bidders also bodes well for potential write-backs of the provisions by lenders. A healthier banking industry, with unlocked flow of capital, will now be in a posi­tion to fund the huge investments required to build new capacity for meeting future metals dema­nd for the country.

Society, community, employees: This augurs well for human capital and society in general. Job security will improve but with a sharper focus on performance and greater adaptability to changing management, operating environment and technology interventions, etc.

Economy: A healthier metals industry will set sight on growth and development. Most players will pursue brown field expansions at economic costs. This itself will kick start a wave of capital expen­diture with a multiplier effect on economy. Successful implementation of the Code will also help develop the credit and bond market, and boost investors’ confidence. All these bode well for a fast growing emerging economy as India.

India has immense growth potential for demand for metals. The supply side response will now impr­ove with a healthier metals industry—not only catering to domestic demand but also strengthening its position further as a formidable global player. 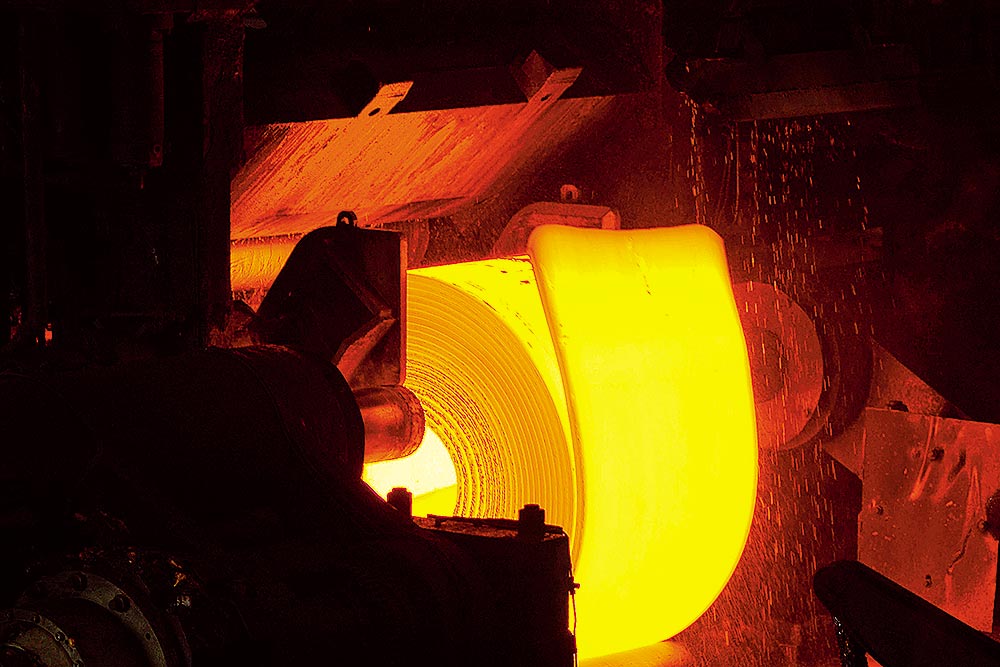 Raw Materials
Indian steel industry continues to struggle with uncertainties owing to availability and consistent supply of coking coal and iron ore.
Coking coal: During FY17, India imported 45.5mt of coking coal, up 12.1% year-on-year. India currently imports around 85% of its total annual coking coal requirement and will continue to witness rise in coking coal requirements due to lack of quality deposits, lack of technical capabilities to ext­ract underground coking coal and depleting reserves.
Iron ore: Despite having sufficiently high reserves, iron ore production in India may witness a slowdown in 2018. The reasons include cancellation of all mines’ permits in Goa and the suspension of some mines in Odisha for not paying fines imposed by courts. Ramping up production is becoming difficult in India mainly on account of difficultly in accessing land (inclu­ding for storing associated waste output), insufficient infrastructure to transport ore, complexities in interpretation of myriad regulations and in many cases community objections.

Copper
With the Indian copper market forecasted to grow at 8-10% in 2019-20, driven by upcoming infrastructure projects and increased rural and railway electrification, there is a simultaneous focus on ramping up mine supply41. Hindustan Copper is in the process of raising mine capacity from 3.2mtpa to 12mtpa over the next four years, across its captive mines at Madhya Pradesh and Jharkhand. Given India’s mining production is only 0.2% of the global output, there exists a massive opportunity for greenfield exploration and brownfield expansion.

Iron Ore
Despite having a reserve potential to be net sufficient in iron ore, India faces challenges in extracting complete value, with ongoing uncertainty being a major impediment. Other challenges including higher domestic freight costs, insufficient infrastructure and lack of economies of scale (as compared to global Tier 1 assets) need to be addressed by miners and authorities alike.