It was as if Sushma decided, one fine day, that condoms weren’t working as a mitigation tool against AIDS. 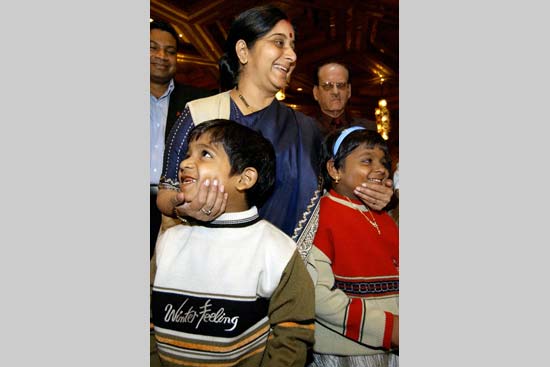 History repeats itself, it seems the farce does too. In 2003, then health minister (now external affairs minister) Sushma Swaraj decided that going with condom campaigns to deal with the AIDS epidemic wasn’t the right appr­o­ach. So national broadcaster Doordarshan, which had in collaboration with the National AIDS Control Organisation (NACO) been carrying out a concerted AIDS awareness campaign, sto­pped airing the awareness capsules targeted at the over 60 million rural and small-town viewers.

It was as if Sushma decided, one fine day, that condoms weren’t working as a mitigation tool against AIDS. The government even had set responses to the outcry: can we get rid of AIDS entirely if we start using condoms? What about other modes of transmission like the use of needles, blood transfusion, and so on? How is the condom going to prevent that? Why should the minister clarify her position on this?