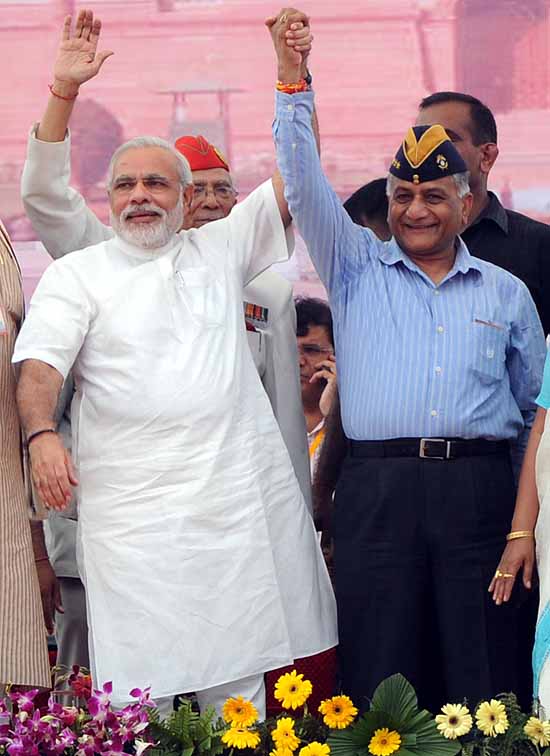 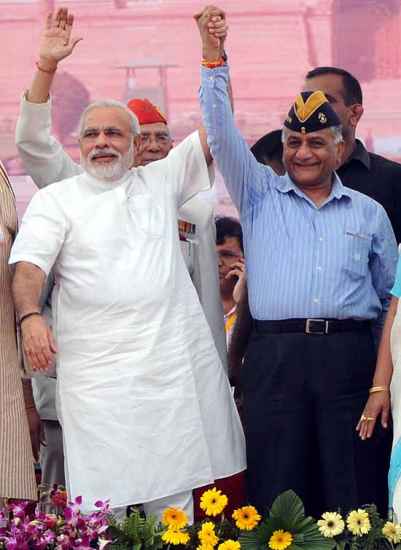 In 2010, the year Gen Vijay Kumar Singh took over as the chief of the world’s third largest army, a report in the American magazine Rolling Stone ended the military career of Gen Stanley McChrystal, then commander of the US forces in Afghanistan. The picturing of the reckless general openly mocking the US president and the secretaries of state and defence led inevitably to McChrystal’s resignation. The profile hea­dline—The Runaway General—said it all. (Curiously, the author of the piece, Michael Hastings, who was embedded with the US forces in Afghanistan, died in a car crash earlier this year. He was 33.)

In marked contrast, V.K. Singh has thrived as a runaway general, inside and outside office. His tenure at the top was marred by the unseemly row with the government over his date of birth, charges and counter-charges ranging from corruption to snooping, all of which made Sena Bhavan look like Police Academy. His post-retirement career plans, which have received a rather underwhelming baptism in the Anna Hazare-Baba Ramdev camp, have seen him caught smack bang in the political crosshairs of the Congress.

In April last year, while in service, Gen Singh had to combat questions over why, on the day his petition on his date of birth was coming up in the Supreme Court, two units of the army had moved from Hissar to Delhi without notifying the government. Last week, five days after he had shared the stage and held up his hands with the BJP’s prime ministerial candidate Narendra Modi at a rally of ex-servicemen, Gen Singh had to answer questions on what the Technical Support Division (TSD), a covert operations initiative set up under his watch, was really up to in Jammu and Kashmir.

The questions mostly came on the front pages of the Indian Express, citing an army internal report. Was it true that the TSD had tried to topple the National Conference regime of Omar Abdullah by paying state agriculture minister Ghulam Hassan Mir—chief of a one-man party, with much experie­nce on all sides in J&K’s murky party politics—Rs 1.19 crore? Had an NGO been paid Rs 2.38 crore by the TSD to file a PIL that could have shanghaied the career of Lt Gen Bikram Singh (now Gen Singh’s successor as army chief)? Gen Singh’s answers came on TV, first on Times Now and then on CNN-IBN, and somewhat later on Twitter—and they sucked the general deeper and deeper into a labyrinth of his own making.

No, it wasn’t just minister Mir, who he said was a “nationalist”; the army has paid almost all ministers in Kashmir. Not just now, but since independence, for “stabilising things”. “There are various things to be done as part of the stabilising factor in Jammu & Kashmir. Who funded the KPL (Kashmir Premier League)? Everyone, including the defence minister, was in the know. And if Omar Abdullah didn’t, good luck to him. If as a chief minister you do not know this, you are not running the state,” the general said.

“Coming as they do from a former army chief, these claims have hit democratic forces, and strengthened separatist forces.”
Mehboob Beg, National Conference MP

Predictably, Gen Singh’s impromptu defence had let the world in on India’s covert doings, and Kashmir’s political class was the most aggrieved. “If the former army chief does not come out with facts, we will deem his accusations and allegations as defaming us and we will be compelled to take legal action,” said 10  current and six former ministers  belonging to the National Conference.  Four Union ministers joined the chorus to shout down Gen Singh’s claims.

Gen Singh attempted a minor climbdown by declaring that the payoffs were not bribes but were meant for “nation-building”—to wean away the youth from militancy and for “welfare programmes”, but the damage had been done. Out on the streets, in the Valley, the reaction was sanguine. “This is not really the best kept secret. Everyone knows here what the government and the security establishment have been up to,” said a newspaper editor in Srinagar. Pointing out that Tangmarg was a stronghold of Ghulam Hassan Mir, he said the unusual mass uprising there in September 2010, which led to police firing and the death of four civilians, might have been engineered to destabilise the government.

The charge that the TSD thought it could topple a democratically elected government with Rs 1.19 crore was laughed away, of course, but unwittingly Gen Singh had brought India’s Jammu & Kashmir policy back on the centrestage. Even the BJP, which otherwise enjoys a near-monopoly in its rhetoric on Article 370 and other issues embattling the sensitive state, was compelled to do a delicate balancing act in its reaction to the general’s comments.

Mirwaiz Umer Farooq of the Hurriyat described the disclosures as a can of worms, while Yasin Malik of the JKLF filed a petition in the high court dem­anding a copy of the inquiry report submitted by Lt General Vinod Bhatia on the working of the TSD. The former army chief, too, has filed an application under the Right to Information Act for a copy of the report, with the acerbic quip that if the report could be shared with a newspaper, there could be no harm in sharing it with him.

While chief minister Omar Abdullah maintained a studied silence, National Conference MP Dr Mehboob Beg was scathing. “Coming as it does from a former army chief, his claim has weakened all mainstream political parties here and strengthened separatists. In one blow, he has managed to erode the credibility of our democratic institutions.” Fuming, he said that he or anyone else in the Valley did not require a character certificate from the general. “We have fought separatists politically. Our people have laid down their lives. And now this gentleman comes along to say that it was the army which was maintaining national integrity.”

The battle-lines have been drawn. Leaking details of intelligence operations, argues Gen Singh, amounts to treason. A section of the people using social media suggest, on the other hand, that it is Gen Singh who is guilty of treason—for having tried to meddle in the democratic process and topple a government elected by the people.

The controversy, which has all the makings of a thriller, has left all players with mud on their face. A sheepish Union government once again put its foot in the mouth by initially suggesting that the Central Bureau of Investigation (CBI) could be entrusted with the inquiry into the role of the retired general and the TSD. On allegations of payoffs to politicians in Jammu and Kashmir, Union home minister Sushil­kumar Shinde offered the lame alibi that the government would order an inquiry if people were named.

The general, who has been busy mobilising farmers, war veterans and ex-soldiers, stands accused of tilting at win­dmills, being a loose cannon and being a little too full of himself. There are, however, those who argue that a witch-hunt leaves him with no option but to fight back. In the process, what has been weakened is not just the democratic process in the country, but also the army, with fissures within the orga­nisation widening like never before.