Loops And Holes In The Narrative

Bengali-speaking Muslims discover no proof is enough to dispel doubts 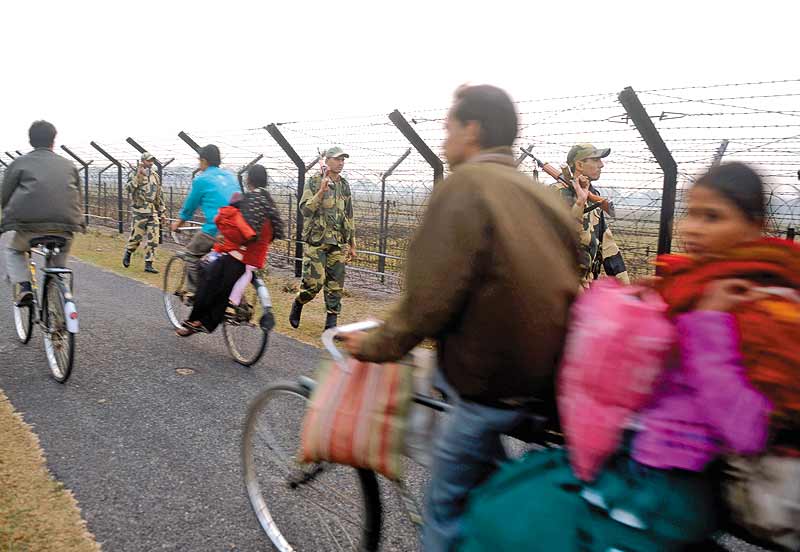 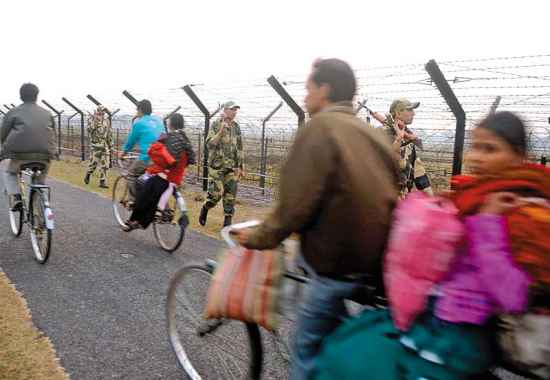 Bilal Mondal is an inmate in barrack number 6 in Mumbai’s Arthur Road jail. Arrested for being an illegal Bangladeshi immigrant, Mondal does not deny he is from the country. What he claims is that he came on a valid visa but overstayed, drawn by the lucrative wages offered by builders in the city.

Mondal is not the only ‘Bangladeshi’ languishing in Indian prisons. A diplomat at the Bangladesh High Commission in New Delhi, Enamul Hoque Chowdhury, confirms there are around 600 Bangladeshis in different Indian jails. But the extent of illegal immigration from Bangladesh, he insists, had gone down dramatically in the last two decades. Had it been a serious concern, he says, it would have been raised at ministerial-level meetings between the two countries.

The leader of the Opposition in the Rajya Sabha, Arun Jaitley, however, holds that ‘foreigners’ constitute 60 to 80 per cent of the population in districts like Dhubri and Goalpara in Assam. Bijoya Chakrabarty, BJP member of the Lok Sabha from Guwahati, succeeded in stunning the House with her claim that Bangladeshis were already in a majority in 13 out of the 27 districts in the state.

While the issue of “illegal immigrants” has been raised routinely during elections in eastern states since the ’80s, there is little evidence to corroborate claims of large-scale migration. Whatever migration there was, it was neither in millions nor permanent in nature, as was discovered by the London-based editor (international operations) of BBC World Service, Nazes Afroz, who travelled extensively in Bangladesh and India to produce a series of programmes on the subject during 1999-2000.

The theory, he told Outlook this week, of large-scale migration then was supported neither by data nor evidence on the ground. Seasonal migration, he found, was common, triggered by demands from Indian land-owners for cheap labour; so was smuggling of cattle from India to Bangladesh. There were human trafficking rings, which also lured some people from border districts for “highly paid jobs” and took them to work in brick kilns as far as Haryana.

Agrees A.J. Philip, former director of the Pratichi Trust set up by Nobel laureate Amartya Sen. “Bangladesh has done much better than India on most social indices; it is far-fetched to believe that every poor Bangladeshi is longing to migrate to India,” he says.

Besides, 80 per cent of the over 4,000 km-long border is now double-fenced with barbed wire and flood-lit. Hundreds of border posts manned by armed Border Security Force personnel dot the landscape, with the Indian government resolving to reduce the gap between these posts from the current 3.5 km to 2.5 km. Riverine policing with speed boats and flood lights has also been introduced.

The problem, says human rights activist Harsh Dobhal after a visit to western Assam, is one of assimilation. Bengali Muslims, who may have settled half a century ago, “still do not speak Assamese, and that could well create doubts and distrust,” he says.

In any case, the current phase of xenophobia has succeeded in putting the Bengali-speaking Muslim in the dock. The vegetable vendor in Guwahati, the construction worker in Mumbai or the maid in Ghaziabad are again on notice to prove their nationality. But neither a ration card nor the voters’ identity card is proof enough in the prevailing mood, engineered by politicians and political parties.

A Foreign Hand From The East