The celebrity isn’t the known face, it’s the Twitter handle that gets the following. 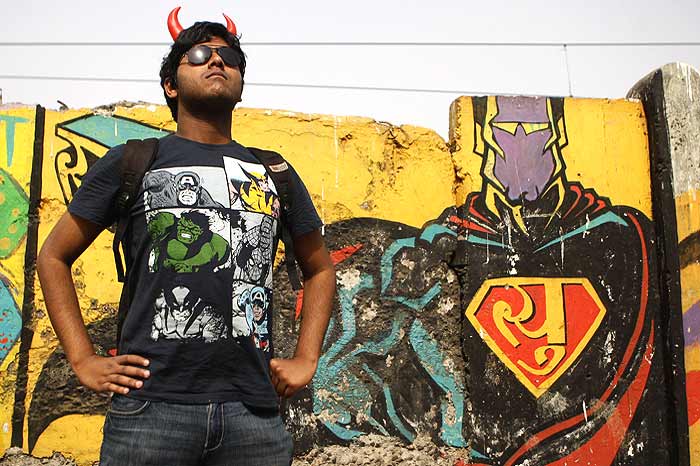 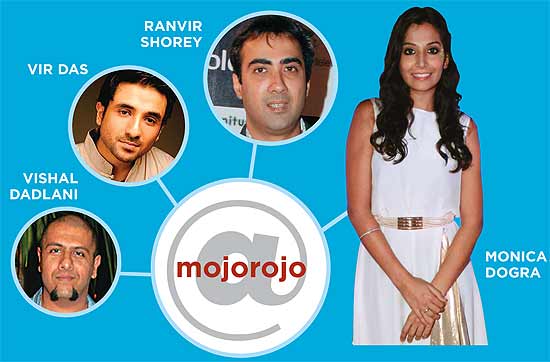 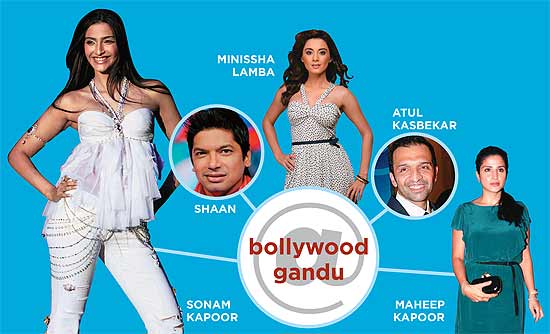 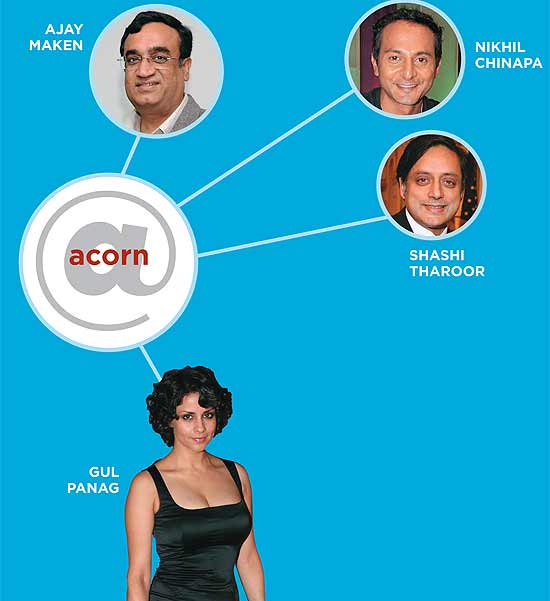 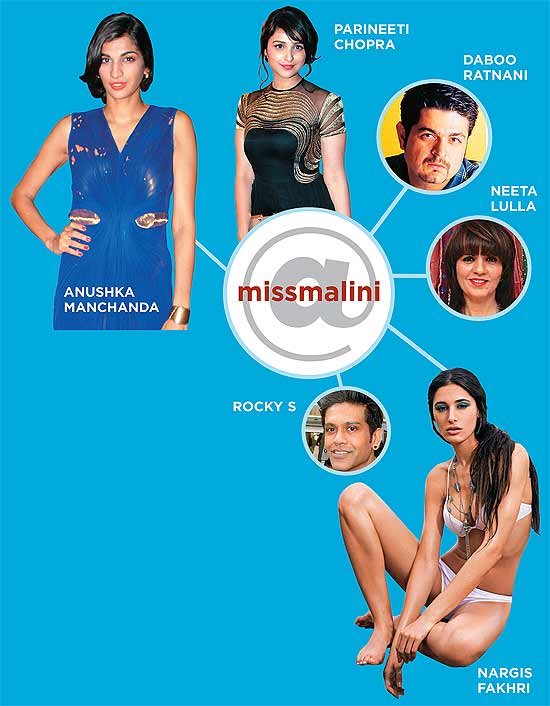 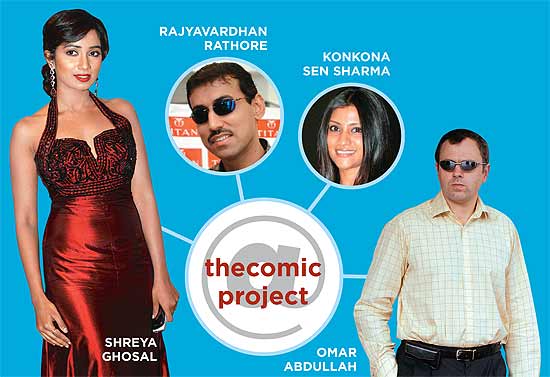 If Abhishek Asthana felt the jitters as he prepared to face an internship interview on his B-school campus, this 35-character nugget of information would have lifted his spirits: He had a fan on the interview panel. “One of the panelists asked me, ‘Are you the same @GabbbarSingh from Twitter? I’ve been following you for a long time’!” recalls Abhishek, still chuffed. At 25, and in just over two years on Twitter, this Gabbbar Singh’s answer to ‘Kitne aadmi the?’ would be a formidable 19,540. That’s his follower count: people who hang on to his every word, retweeting, replying and generally relishing the irreverence that has made stars out of tweeters like Abhishek.

Twitter, the microblogging site that turned six last month, has raised a smart brood of commentators who go from politics to policies to pop culture and back, riding on 140 characters, trailed by a few thousand followers. Neither netas nor abhinetas, they are rabble-rousers and opinion-makers in their own right. Executives, entrepreneurs, tech geeks, students and creative types, these are ordinary people who have found anything but ordinary fame on the strength of their one-liners alone.

Take @BollywoodGandu, a blockbuster of a Twitter handle with a 57,000-strong audience, including, till recently, big-ticket followers like Karan Johar and Abhishek Bachchan. “They unfollowed me for reasons only they know,” shrugs the man behind the tweets, who’s used to having celebs follow him and then dropping him when they “don’t like” what he writes (Here’s a teaser: “Aishwarya looks like a mannequin in #Robot posters. Oh wait, on second thought, that kinda makes sense”.) The 30-year-old tweet icon, an industry insider who swears by Amol Palekar comedies, relishes the effect he has on filmwallahs; film crews have been known to scroll through his timeline during shooting breaks. “It makes me want to storm in like Russell Crowe in Gladiator and yell ‘Are you not entertained?’!” he adds dramatically.

Entertained, yes. Enlightened? You bet. These new stars on the media horizon, explains Sunil Abraham, executive director, Centre for Internet and Society, “provide information, comments, and a sense of humour and cynicism that is missing from mainstream media”. With Twitter launching its Hindi version in September last year, language too is no longer a barrier. Again, on this turf, the threshold for entry is much lower. “Unlike TV,” Abraham elaborates, “where you have to look and dress a certain way and then say something interesting, these tweeters hold people’s attention sitting in their homes. We don’t even know what they look like.”

Which only makes them more relatable. After all, they are swimming in the same fish bowl as everyone else, right? And feeling the same fears when the water rises too high above the head. Only, they express it way better. Snappy, sharp and always questioning, their unforgiving, emperor-has-no-clothes approach scores with people fed up with what Twitter veteran Ramesh Srivats calls “curated mainstream media”. 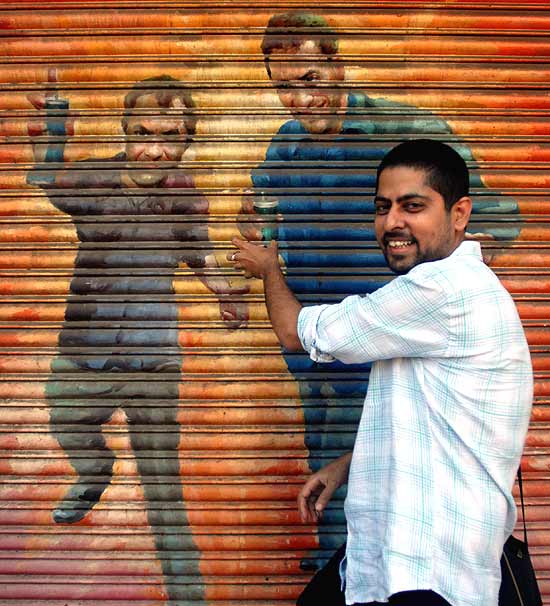 Varun Grover @JayHind 11724 followers
Famous tweet Keep army busy. Give them an IPL team of their own.

It’s no wonder that popular media wants a piece of them too. Varun Grover, a 32-year-old engineer-turned-satirist whose witty observations made the Twitter handle @JayHind a hit, landed a TV deal: to script, along with his team, the spoofy The Late Night Show on Colors. “Tweets are my research; a scratchboard for the gags,” Varun reveals. The show, which carries forward JayHind TV’s online sketches, looks at current goings-on with a shovelful of salt. “Having grown up in Lucknow, analysing politics came naturally to me,” says Varun.

There’s more that comes naturally to the Tweet brigade—the art of getting Twitterverse’s 12 million inhabitants (that’s just counting India) to listen, for one. Writer and IT professional Arnab Ray @greatbong (see accompanying column) recalls how his legion of followers grew over three years, drawn in by his “funny, spontaneous, politically incorrect tweets that honour no holy cows”. “I am not a celebrity, so there was no opening day surge for me,” Arnab quips, conceding that his reputation as Greatbong the blogger preceded him on Twitter. For Rake$£ Jhunjhunwala ['Fake Jhunjhunwala'] @jhunjhunwala too, tweeting about blog posts got his foot in the door back in 2009, when very few had warmed to Twitter in India. Today, some 43,000-odd Tweeple prick up their ears to catch what this trader-investor, video-gamer and combat sports freak has to say during his “recreation hours”. Blogging also helped Priyanka Sachar @twilightfairy increase her tweet-worth. Priyanka passed up eleven-and-a-half years as a computer engineer to become a fine art wedding photographer, and regularly tweets links to her work. She hardly blogs now, having “lost patience with lengthy posts”, and can’t say enough about the mercurial nature of Twitter, though her strike rate of 70-plus tweets on a good day says enough. 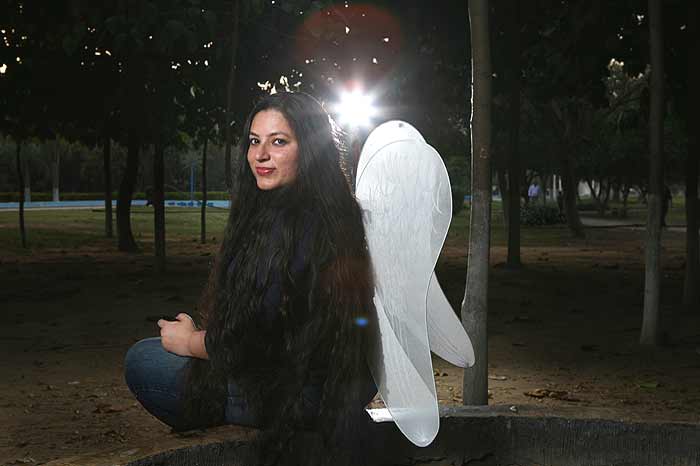 “We have to stay in the moment. Or if possible, before the moment,” offers Utsav Chakraborty @SatanBhagat, who counts power-lister Anand Mahindra amongst his fans. The 21-year-old media grad, “bottom-tier stand-up comic” and er... not the biggest fan of Chetan Bhagat, distills the essence of a quality tweet: “A view is just a view without analogies and wordplay. No one likes raw chicken. You have to marinate, cook, season, garnish and serve it on a warm plate. We’re all assembly line gourmet chefs.”

Each, though, has perfected his or her own specialty dish, be it satire, humour, current affairs, business dos, boudoir don’ts.... Then there is Twitter’s tryst with literature—Twisters. Twitter stories penned, like their nomenclature, by Arjun Basu, a Montreal-based writer and publishing veteran in his 40s, whose Twitter readership stands at 1,46,895 and counting. “After my first tweet wishing I had ordered another vodka on a flight, I wrote a story, which came in at 140 characters with some editing. Within a day, I had written a few and then I became a bit obsessed.” That’s understating it: Arjun has written 5,000 Twisters since. One of them—“They tolerated the ennui of their jobs, bought off by promises of spectacular riches sometime in the future. At retirement, they bought guns”—has been made into an award-winning short film, Life. He hopes to compile his Twisters into a book—or at least put them on posters or coffee mugs.

Another compilation of tweets worth a shot—@Kweezzz trivia. Conscientiously hosting tweet-sized quizzes on everything from Guatemalan currency to the inventor of earmuffs to the actress whose “toothbrush fell in the toilet”, Kweezzz is instant food for the brain.

There’s grist for gossip mills too. Malini Agarwal @MissMalini has much to reveal about “Bollywood and the Bombay party circuit unplugged”. With tidbits from fashion shows, who-wore-it-best couture contests, and shirtless celeb twitpics (sample this: “Lean, mean and undressed Rana Daggubati”) she keeps her tweet wattage high. Devotees leave posts at her shrine on the hour. 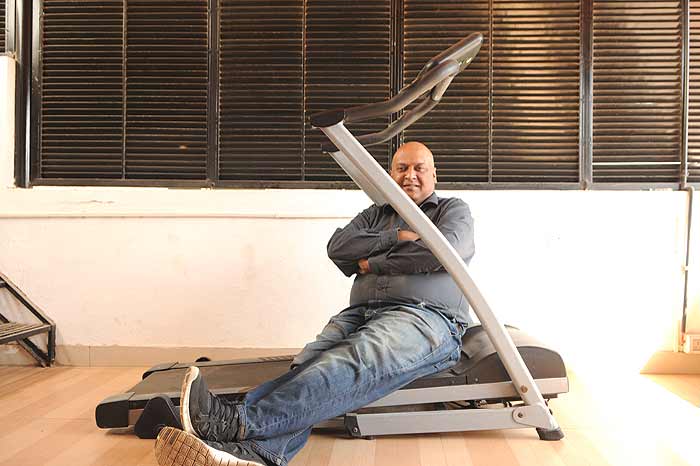 For Ramesh Srivats, it’s all in a day’s work to have fans come up to him to say hello. Characteristically, he makes light of it: “My bald head makes me easy to recognise!” Utsav’s celeb moment translates into “an occasional free meal or a job offer”. “Other than that, my ‘celebrity’ mostly extends to Linkedin and Google+ invites,” he says modestly.

For some Twitterati, think Pragmatic Desi, The Comic Project, Bombay Addict and C_gawker, it’s enough for just the pseudonyms to be recognised. They refuse to step out from behind their famous handles. Hear it from BollywoodGandu: “I never thought anonymity would be a criterion for popularity, but I was wrong. As Indians, our first response to anyone usually is ‘Tu kaun hai?’. And when you don’t know the answer, it adds to the mystery,” he says. It adds on immunity too, as you throw that virtual chappal. Anonymity and accountability are, after all, inversely linked. Social scientist Shiv Visvanathan insists that the freedom of expression which Twitter affords exists only up to a point: “If you keep making outrageous comments, there will come a quiet point when people will say ‘See you later’. The loudmouths disappear over time. What works best is self-policing.” 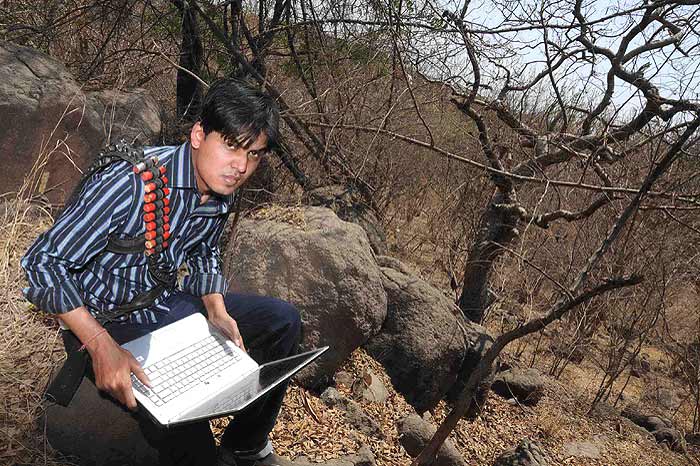 Besides its obvious merit, the anonymous Twitter handle is also a great creative opportunity. No wonder the handles, alter-egos for their owners, are attention magnets themselves. Abhishek recalls how starting the Gabbbar Singh account to write a blogpost about a Twitter-savvy cast of Sholay, got him 50 followers in five minutes flat, and a thousand in 20 days.

Bollywood Gandu’s irresistible handle, he says, was inspired by a meeting with “a certain Bollywood star and his/her friends (read chamchas)”. He adds, “The irony is that the real ‘gaali’ in my handle is ‘Bollywood’.” Many in his Twitter circle would have noted that already. Twitter’s wit wagon, after all, is teeming with like-minded tweeple, befriending each other, following each other. Ashish Shakya, for instance, follows Gursimran Khamba and Overrated Outcast, who, in turn follow him; Ramesh Srivats and Lakshmipathy Bhat @bhatnaturally follow each other. Yes, it is a small world. But by no means a closed one. Most of them also follow those who could become potential ‘material’ for tweets. JayHind follows news sites to keep himself updated, just as diligently as he keeps up with “unintentionally funny people who falter almost daily” (read celebs).

With the variety and versatility on offer, it’s a goldmine out there for anyone who can keep pace with a tweet a minute. The format helps, of course, as Abraham points out: “It forces people to be brief. You don’t have to wade through too much information to find the next big thing.” Or star. After all, in the democratic republic of Twitter, all it takes to go from voice in the wilderness to vox popular is to say something worthwhile. And find people who’ll gladly repeat it after you.