The vicinity of Karl Marx's grave seems popular for burial among atheists and agnostics... 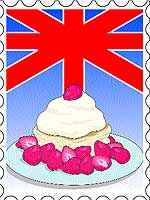 It was my second day in London. The ceremony for the Kurt Schork Award in International Journalism was about to begin at the Thomson Reuters building in Canary Wharf, one of London’s major financial centres. I waited at the venue, a hall on the first floor, while friends and family from India were taking a nicotine fix on the ground floor. One of the two men was dressed in a pyjama-kurta, the other in a jacket and trousers, the woman in a jumpsuit. As they walked through, the receptionist (who was not a South Asian) asked them, “Is this for Dee-waali?” Frazzled, one of them replied, “What?” He repeated, “Is there a Dee-waali celebration upstairs?” A family member replied, “No. There is a journalism award ceremony upstairs. See, there is a signboard there.” Amused, they walked off.

After the award ceremony, the bar was opened for guests. While I exchanged business cards, several people walked up to my Indian sister-in-law, my Indian co-awardee, my Indian friend and her Indian sister. I was wearing a black sari. Unlike me, the other Indian women were in brightly coloured clothes and had skin tones and hairstyles that stood out. One or the other of the Indian women was being mistaken for me; and they were being congratulated for writing nice articles. My sister-in-law played along for a bit and chided a ‘congratulator’ for not having read two of my three award-winning articles. But after a few minutes, her husband, too embarrassed, pulled the curtain on her droll pretence. He gave them a gratuitous education in our heterogeneous brown identity. Perhaps this was comeuppance for our more-than-occasional inability, back home, to distinguish one Sardar from another or identify with more precision a person from one of the northeastern states.

Bath, two hours from London, has been in my fantasy since the time I read the prologue of the Wife of Bath in Chaucer’s Canterbury Tales in my graduation days. It provided not just an insight into the role of women in 14th and 15th century England but was also crucial in shaping my feminist self. In the college classroom, we learnt how the reading of religious scriptures has always been a male domain and how it can be overturned when a woman interprets it. The Roman Baths complex in this city receives a million visitors every year and was originally a shrine for the goddess Sulis at the site of the hot springs in the first century. It is believed to have been built by the Celts. The bathing complex was built in the 300 years after the Roman invasion of Britain. Some of the facilities here match those at modern spas. There was a difference, though: both men and women entered the hot waters in the nude. My mind wandered to the holy dips men and women in India take in lakes, rivers and other water bodies on auspicious days. Cling-wrapped in thin cloth rendered semi-transparent by the water, the two sexes perform prayers and votive offerings in close proximity. The usual segregation of sexes is relaxed for such religious functions. But we won’t tolerate a couple holding hands in public.

Mrs Dalloway’s Big Ben is not so tall after all! This clock tower in central London is the first figure I learnt to refer to as a phallic symbol in the feminist interpretation of literature. Anyway, I was happy to see it. Also the houses in Bloomsbury and elsewhere where Virginia Woolf lived at various times. Blue plaques poignantly commemorate history wherever you go: a house where V.I. Lenin lived for a few months, the Faber & Faber office where T.S. Eliot worked for four decades. This marking of heritage spots began in the 1860s. Later, Rome, Oslo, Paris and Dublin adopted this system. I couldn’t but think of a recent visit to Kakori, in Uttar Pradesh, site of the famous train robbery executed by Chandrashekhar Azad, Ramprasad Bismil and Ashfaqullah Khan and other revolutionaries. No mention anywhere. Only some ceramic figures of peacocks and deer.

Karl Marx’s grave is at the Highgate Cemetery. The graveyard is in north London and is divided into an eastern and western part. At the eastern gate, the entry fee is £4; at the western gate, it is £12, for a guided tour at specified hours. Buried here, with Marx and other notables, is George Hoyoake, a British newspaper editor who coined ‘jingoism’ and ‘secularism’. The name Mary Ann Cross marks the grave of George Eliot. It’s her maiden name. But I could not locate her grave. Marx’s grave is surrounded by those of communists and socialists. Among the latest to join is the historian Eric Hobsbawm. The vicinity seems popular for burial among atheists and agnostics. You will find a grave with a Muslim name next to one with a Christian name.

I heard an announcement on the London tube: “I apologise for the delay but the computer controlling the signalling at Aldgate and Whitechapel has the Monday morning blues.”

Neha Dixit won the Kurt Schork Award for her reportage from Muzaffarnagar, published in Outlook; E-mail your diarist: nehadixit123 [AT] gmail [DOT] com