Lizardology: The Future Is Writ

You could say it’s liberal democracy that grants literature freedom. Or maybe, the other way around. The onus is on the writer to set us free. 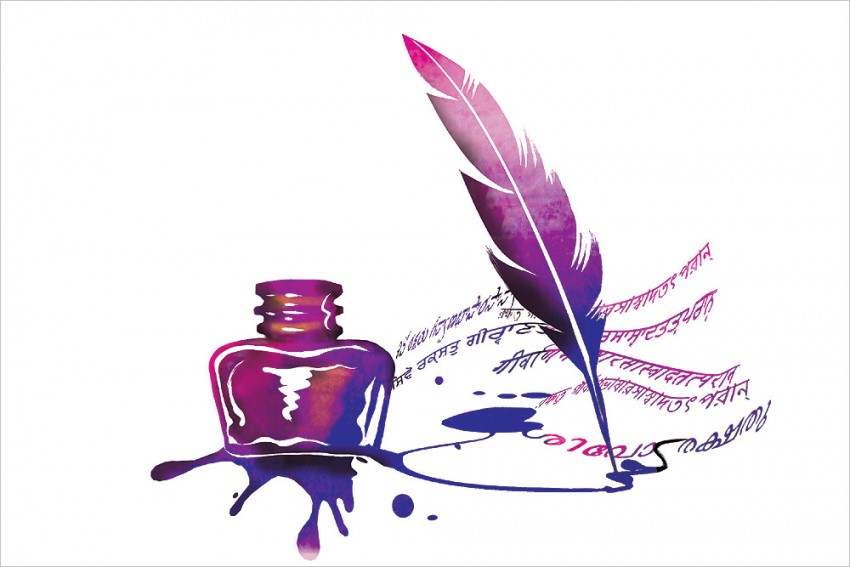 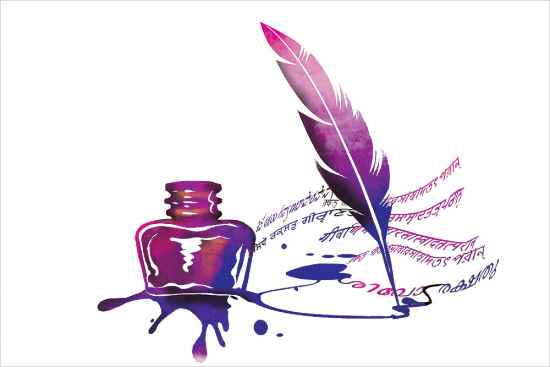 Indian literature, like India, is a combo. There are many Indian literatures. The Sahitya Akademi has 24 languages listed for its top awards. Another 35 or so come up for a different set of honours. There are more awaiting their turn to enter the Akademi’s list. I wonder how many Indians are aware that they live in a country blessed with 60 and more living literatures. Those who sing the praise of India hardly sing about the literary abundance. Perhaps no other nation in the world has so many literatures to enthral them. Not that literature has a place in the big picture. For, of what use is it to those who run nations? They notice it only when it comes in their way. Or when a bigot wants to ban a book. Actually, it is best not to be noticed at all. You never know what the politicians might see in literature. They can twist it into a weapon for mass destruction of minds. Every totalitarianism does it. Or they silence it with censorship—or by hounding and killing.

What is interesting is that each Indian literature pursues its own destiny. Each has a different past and present. These are intimately tied to the evolution and growth of the cultures the literatures represent and give expression to. Malayalam literature cannot but be an output of the Malayali ethos, even in its most dissenting or rebellious moments. Even as I’m cursing Malayalis, I’m nothing but a Malayali. In fact, dissent and rebellion furthers the growth of that particular ethos. Genius may manage to overfly the limitations of its social moorings, but at the fundamental level, the seeding and growth of literature is dependent on the civilisational infrastructure that societies put in place. This writer, for example, is the product of the couple of little village libraries he had access to as an adolescent. And they were there beca­use one citizen, P.N. Pan­i­­cker, driven by progressive ideas, and supported by progressive-minded individuals in the administration, set off the library movement in Kerala in the 1950s. A question that will affect the future of every Indian literature is: what kind of a society is in store for them? What kind of civilisation are the politicians planning for them? In a society where democracy is already a farce, what are we heading to?

Intolerance is a word invented by the media to pussyfoot around the doings of people it didn’t want to point fingers at.

The modernising impulse is strong in nearly all Indian literatures. There, however, also seems to be a ubiquitous tendency to cling to the religio-literary classics uncritically, holding them up as models, looking to them for themes, characters, comparisons, answers to questions, homilies on life etc. Every contemporary literature that is on the world stage has made a decisive break with the past, especially religious tradition, however hallowed it is. One of the energies that fuelled the great leap, in the 17th and 18th centuries, of European and English literatures into the future was the freedom they secured from the burden of Christian myth and holy texts. Such a break is the definitive moment of liberation and renewal. Tradition is the dark soil whose energies transmute as the fresh, vigorous and challenging voices of our times. If not handled with an inquiring and dispassionate mind and a strong sense of inner freedom, tradition will be nothing but a millstone dragging the writer and through him his society to the dust. Many Indian literatures are yet to cut that umbilical cord and fly free to a new idiom and a new interpretation of the world—as also to new, questioning ways of looking at tradition itself.

Equally problematic is the question of modernity. I can only offer the experience of my language as an example. It starts with the question: is Kerala a modern society? I’m of the view it is not.  Because a majority of dominant core beliefs expressed by Kerala’s mainstream, in its attitudes, opinions and actions, are feudal, puritanical, caste-ridden, hypocrisy-filled, given to servile religiosity, anti-democratic, sexually intolerant, xenophobic and ent­renched in male supremacy. By the word mainstream I mean the media, the political parties, the religions, intellectuals/writers/academics, the trade unions, the legal community, the teachers, the farmers, the business community, the bur­eaucracy and the police. How and why one of the most progressive states in India has reinvented itself in this shameful manner is a story that cannot be gone into here. Can modernity in its profoundest sense find a foothold in a society like Kerala? As a writer who is part and parcel of this society, am I deluding myself when I say I’m a modernist? My experience is that the only way to confront this crisis with honesty is to unremittingly keep an eye on oneself as a Malayali and keep up a battle with one’s Malayali mainstream instincts. Or I will be a traitor to my readers, taking them for a ride with a sham modernity. The future of Malayalam literature cannot be discussed unless the implications of the political, moral, spiritual and intellectual decadence of Kerala is taken into account. I will not be surprised if there are other Indian literatures in the same predicament.

Dearth of genius is not the crisis that awaits the literatures of India. Beyond any doubt, startling new voices will make their entry and mark. But literature itself will be in peril. Intolerance is a euphemism the media invented to pussyfoot around the doings of people  whose feathers they didn’t want to ruffle. The usage of the word—whose chilling history in the western world was forgotten—helped to cover up all the innocent blood that flowed, without pointing fingers at the ones who shed it. Perhaps the word has been now shelved from sheer user-fatigue. But the forces it covered up are alive and well. And, along with many other civilisational and humane values, literature will be targeted by them when the time comes.

I believe it is vital for the literatures of India to take their stand as a democratic, pro-poor, secular force alongside the citizen, and not, as is often eminent literature’s lazy habit, with the state and the ruling classes. I think it is all-important that Indian writers must unflinchingly believe in democracy and a secular way of life. If democracy is not strengthened and the citizen is not empowered to seek his rights and the secular and rational voice is muzzled, literature will lose the only ground on which it can live and thrive: freedom. It is democracy that bestows on literature the freedom to put into words everything under the sun. Literature—like the media—only shares the constitutional freedoms granted to the citizen. But both democracy and the citizen are under a well-calibrated attack and the writing on the wall is ominous. Literature itself is under direct attack. We live in an India where a writer can be killed as easily as swatting a mosquito. I’m not saying writers are special people who shall not meet such deaths. I’m saying writers need to have no illusions about themselves, as they found out in Hitler’s Germany or Stalin’s Russia.

In a nation of 60-odd literatures, translation is the key to the future, at the practical level. I’m not talking about translating from Indian languages to English, which has been going on in some manner or the other. What’s more important is to find an answer to the situation that Indian readers live in isolation from the writing that springs from their own soil. If only patriots paid attention to these small mercies instead of preparing for glorious wars! It would have helped thousands of reading Indians to enter the mysterious worlds of ‘made in India’ literatures. The Translation Mission was a wonderful beginning in that direction, but it seems to have been abandoned.

Literature is not a mass entertainer. It is enough if it can function as a humble instigator of truth and justice, a small conscience-keeper of the people and deliver them the simple pleasures of reading. The future, however, could be different. The frontiers of writing are broadening to take in whole new worlds of readers, as the social media spins its World Wide Webs. On the little screen of the mobile phone, a new generation of writers is speaking in tongues. Malayalam social media, for example, is a vibrant space full of the unexpected and the original, commanding their own spheres of readers. The feedback is instantaneous, often brutal, often inane. Much muck circulates as writing as well as response. But as a writer, it is clear to me that the future of Malayalam literature is hidden somewhere in that bewildering jungle. There is a freer spirit at work in the social media than in the print media. There is greater democracy, though sometimes it is misused by malignant elements. And the flow of communal and fascist poison is incessant. In such a scenario, the task of the writer is stupendous. Every word counts. Every word is under attack. It will take a lot more to be a writer in that world than in the slow, soft universe of the printed book. Perhaps that is the reality-check that awaits all Indian literatures.

(Paul Zacharia is a leading Malayalam writer and a winner of the Sahitya Akademi award.)

An Infinity Of Questions