This willingness to understand and joyfully fulfil your needs, just as a close friend might, is what was so wonderful about the Dalai Lama, and remains so, even today, when he is a Nobel Peace Laureate and the world reveres him as an icon. 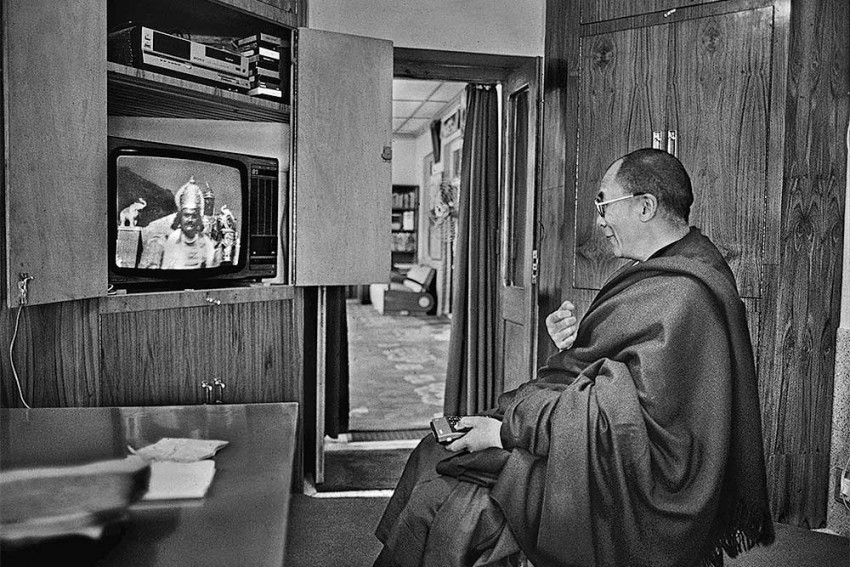 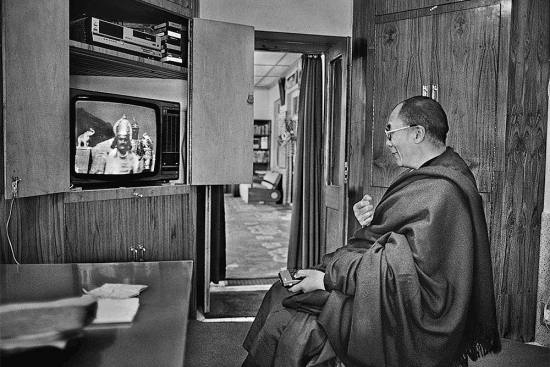 Over the decades, the Dalai Lama gave me the status and honour of being his friend. I’d say to him, ‘Your Holiness, Time magazine wants me to photograph you doing various activities.’ Far from seeing him posing in special robes on a throne, I was welcomed, informally, into his private world. And without me explaining, he would do things that perfectly fulfilled the needs of the assignment. It was looking at old Tibetan texts one moment, and the next, moving on to repair a kerosene heater or a temperame­ntal TV. Moments were spent watching a TV serial about the Mahabharata, and moving out to the garden and the greenhouse, where he grew the most beautiful flowers. How else would I have known that His Holiness the Dalai Lama can fix a TV? Or that he treated his sick kitten with Tibetan herbal medicine?

This willingness to understand and joyfully fulfil your needs, just as a close friend might, is what was so wonderful about him, and remains so, even today, when he is a Nobel Peace Laureate and the world reveres him as an icon. He is a man who can be trusted. Indira Gandhi, for instance, was sharp and clear; if photographers were around at an interview, she became a different person. But His Holiness remains the same: all knowing, with gentle sincerity, sensitivity and care for other beings.

Among the opportunities given to me was photographing him receiving an init­iation from an elderly reincarnate lama, His Eminence Chogye Trichen Rinpoche. His Holiness sat humbly on a low cushion while the Rinpoche was seated on a throne.

My second encounter with the Dalai Lama was in Bodh Gaya in December 1985. He was doing daylong preparatory rituals over a sand mandala for a Kalachakra initiation in a tent enclosure. Although the prayer ritual was private, I convinced the Tibetan security guards to let me shoot from behind curtains. As my camera lens parted the curtains, His Holiness suddenly looked at me, and with a warm, welcoming smile, extended his hand. I couldn’t beli­eve it. After a brief meeting ten years before, he remembered me. So I walked in, took his hand and kissed it.

Later, just to fulfil my urge, I req­u­ested His Holiness, ‘It’s very important that I photograph you during actual meditation.’ He said, ‘Okay, I’ll try.’ Then, for almost an hour, he sat abs­orbed in meditation. Beyond the unbelievable qualities of compassion and care, his powerful concentration makes it possible for him to slip into meditation even in the presence of others.

Text and Photographs by Raghu Rai