In many villages, survivors will have to make do with little help 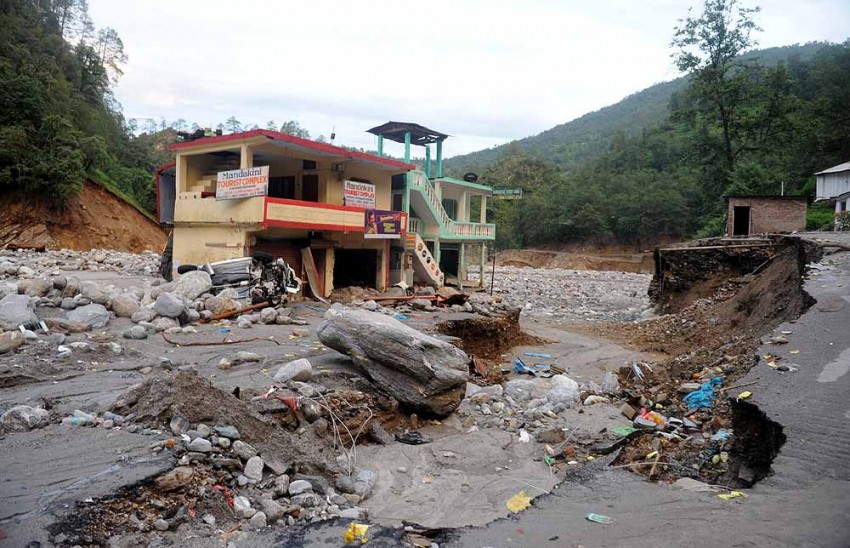 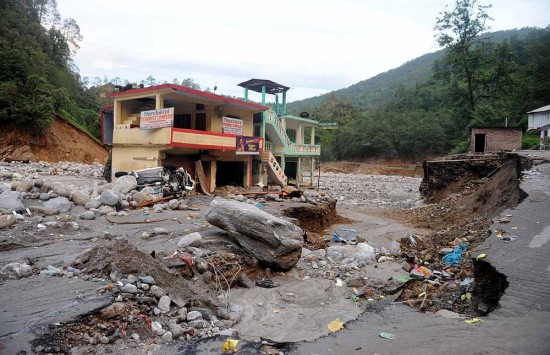 The story of a tree fall is the story of thousands of scattered leaves. So it is in Uttarakhand: one disaster with its death toll—and thousands and thousands of lives disturbed, disjointed. They will take years to recover—if at all. As the disaster fades from the front pages and from prime-time TV, the accumulated weight of loss will be felt in the hills.

Toshi is a village across the mountain range near Vasukital, west of Kedar. About a dozen people from this village lost their lives in the floods and landslides, and 25 households are trapped in tragedy. There’s no supply of anything. When the Outlook team—the first to reach this area—got to the village, the people had grain that would last no more than two days. There’s no doctor, no medical store. Schools are shut, so students cannot bank on the mid-day meal served there to ease the pressure on their families. There’s no fuel for the vehicles, no fodder for cattle and it’s still not safe to set them to graze on the ranges. Some villagers point to the widening cracks in their homes, which could collapse any day. The people here need immediate evacuation and rehabilitation. “But no one has come forward—government or private bodies—to help the village evacuate and resettle. People are not ready to leave their belongings and leave without any alternative arrangement being made, because this is all they have, and they hope to make use of it so that they may survive,” says Darsha Lal Gairola, who works for a hydel project in the area. 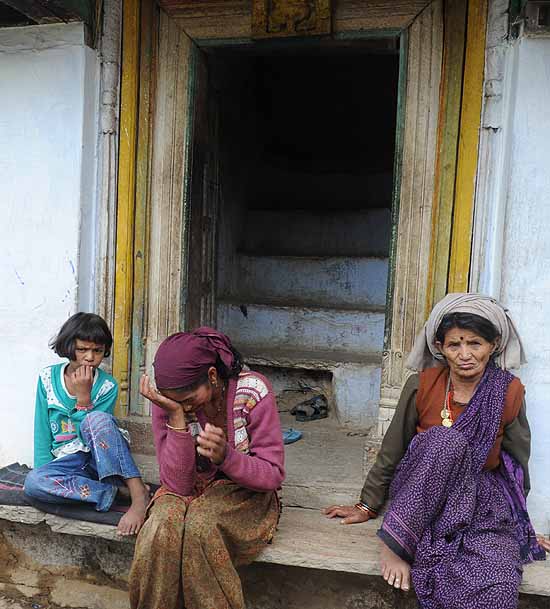 Name Mangli Devi (r) Village Triyuginarayan
‘I’ve lost both my sons. They were the bread-winners of our family. Bring me my sons back.’

Triyuginarayan village is a six km trek away. Things are no different here. No public servant reached either village in the critical first two days after the disaster. There’s no electricity and it may take some months before the lamps light up. “The 500 KW powerhouse is damaged completely, so there’s no power supply in a dozen villages. The electricity poles and lines will all have to be reinstalled,” says Gairola.

Ramesh Chandra Awasthi of Tri­yuginarayan is in his seventies. The women and the children of his family are crying. The puja smoke coming out from the women’s room cannot ease the atmosphere. “Bring me my sons back. I will never send them back to the temple market for the business. I am broken badly at this age. How will I overcome?” the father laments. He lost his two sons, Shailesh Awasthi and Kailash Chandra Awasthi, both of whom were named after Shiva, the presiding deity at Kedarnath.

The only difference between Toshi and Triyuginarayan, where 20 people died, is that there’s a medical store. “The store-keeper is everything for us. He is our surgeon, doctor, medicine specialist—everything. But now his medicines are getting over. There is no fresh supply for the village,” says Ashish Kumar. 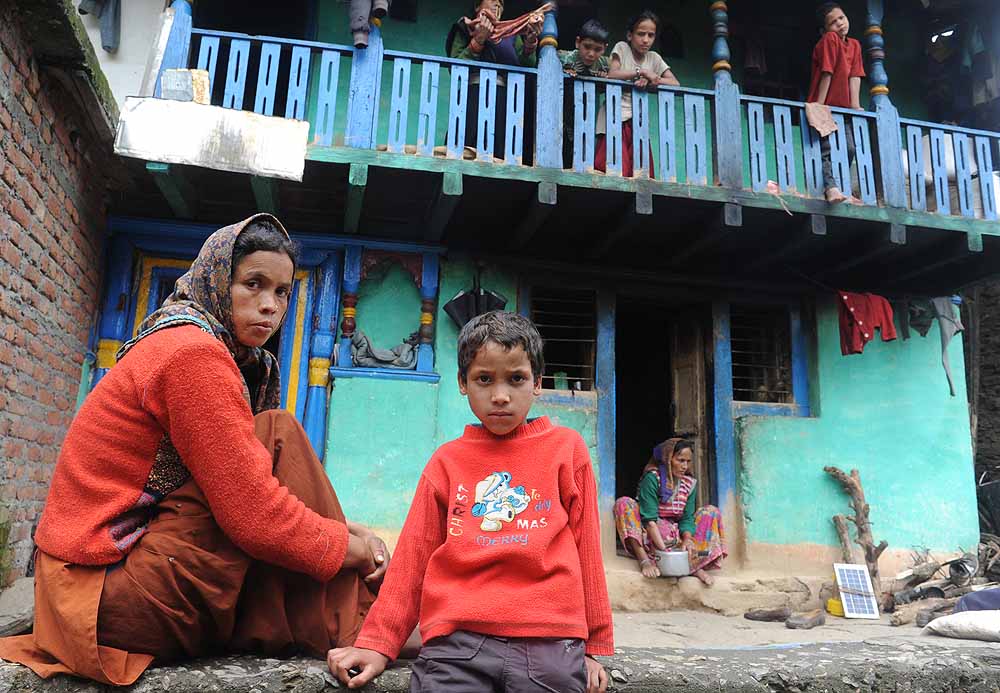 Name Rashmi, with son Himanshu Village Triyuginarayan
‘How am I going to bring up and feed my children. Their father, the only bread-winner of our family, is no more.’

Rashmi, 30, who lost her husband in Rambara, is not keeping well. She needs to check her blood pressure but no one in the village has the apparatus. There are many women, children and the aged who need medical attention. But no government department or voluntary group has visited these villages yet to minister to the needs of the ill.

Narayankoti, another village, not far from Sonprayag, has a series of freshly garlanded photographs—bread-winners who died at work, plying the pilgrimage routes, providing food, water, mules or ponies to pilgrims. The children in the village wait for school to reopen. This will give them some diversion from the tragedy—and the school’s mid-day meal is something they eagerly look forward to. But after the schools in the area reopen, who will open the locks to their classrooms? Their teacher, Amit Tiwari, is among those who died in Kedarnath. It was summer vacation and the teacher had gone to Kedarnath to serve the pilgrims and make some extra money, a common practice for many people in these parts.

In Shaunitpur, a small village near Guptkashi from which most priests at Kedarnath hail, 25 people died. Their devotion did not ward off ill luck. Survivors too have tragedies to live with. Devesh Vajpayee, who failed to get a government job, raised Rs 10 lakh from moneylenders and relatives and set up ‘Vajpayee Bhavan’, a guest house, with five friends. They were earning fairly well. “But the loan is still not repaid, and the hotel is gone. I don’t know how I will pay back the money I had borrowed. Now no one will give me a penny. I am finished,” he says. More than 90 young men are left jobless in his village after the disaster.

And in this hill state with higher than average literacy levels and an overwhelmingly upper caste population, people’s money is stuck in banks: unfortunately, the local branches have neither cash nor records left. With the ledgers gone from the Kedarnath branch, people are lining up at the Ukhimath branch, hoping to get back their money, now needed for rebuilding their lives. In their worst times, they could well find their savings gone. 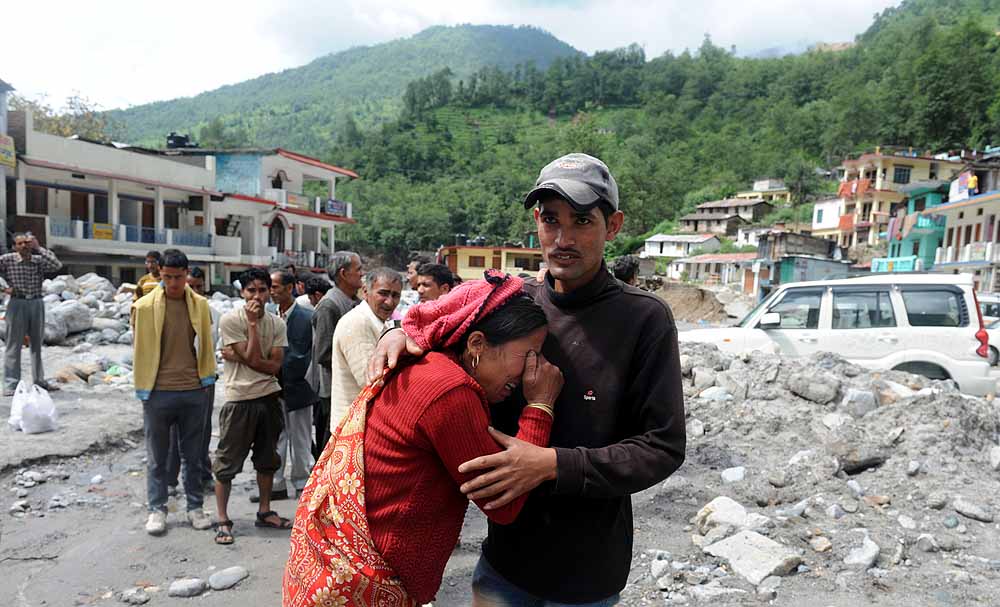 Name Darshini Devi Village Rambara
‘I’ve lost the brother I loved the most.’

The hotels and guest houses in Sonprayag are like haunted houses. The owners have run away, and so have the staff. Locals employed by them have been left behind to look after the buildings, many of which are right on the river bed of the Mandakini. There’s no water, no electricity, no food. All one can get after repeated requests is a key and a candle: the rest is to be managed on one’s own. The main doors and the entrance to these hotels are locked. Staffers who are staying behind have nothing to do but sleep through the day.

The struggle for food is going to be tougher in Kedar valley. Especially for the 15,000 Nepali-speaking people who come here to earn a living by catering to the pilgrims and tourists. Rumours of them looting the pilgrims who survived have made their life hell. People have suddenly become highly suspicious of this community, which makes up the most important workforce in the valley—they would cook, serve, clean, even take invalids up to the shrine on their backs. There are many among them who died, many who lost their homes and jobs. But they are certainly not a priority for the administration. The only reasoning is that many Nepali-speakers are pilgrimage-season migrants from across the border. Some have been living here for generations but get clubbed with the migrants anyway. “It’s so easy to victimise the poorest and the weakest,” says Suraj Thapa.

When humans face such stark despair, what of the animals, the horses and mules that were the lifeline of Kedar valley? They provided employment, transportation and more than 15,000 households were earning on the backs of these mules, each of which costs Rs 60,000 to Rs 1 lakh. Many died in the floods, and those that survived are still unable to find their way back. Some are still stuck between the gushing Mandakini and the slabs of rotten roads in Gaurikund. “There were more than 6,000 horses on the route at the time of the calamity. Villagers have tried to take some of them out,” says Ashish Gairola of Sonprayag, who has helped many horses from dangerous streams and rocky outcrops.

As for the humans, those who have always called this valley their home, how will life pan out?  Now that nature has shown its fury in a way no one can remember before, can ordinary mortals take up the challenge of thinking anew about their life and work and habitat? The people probably can. But can the administration rewire its blueprint?

By Panini Anand in Kedar valley; Photographs by Tribhuvan Tiwari

The Indian At The Indy