Livin’ On The Hedge

How Prem Watsa, the ‘Oracle of Ontario’, beat the downturn 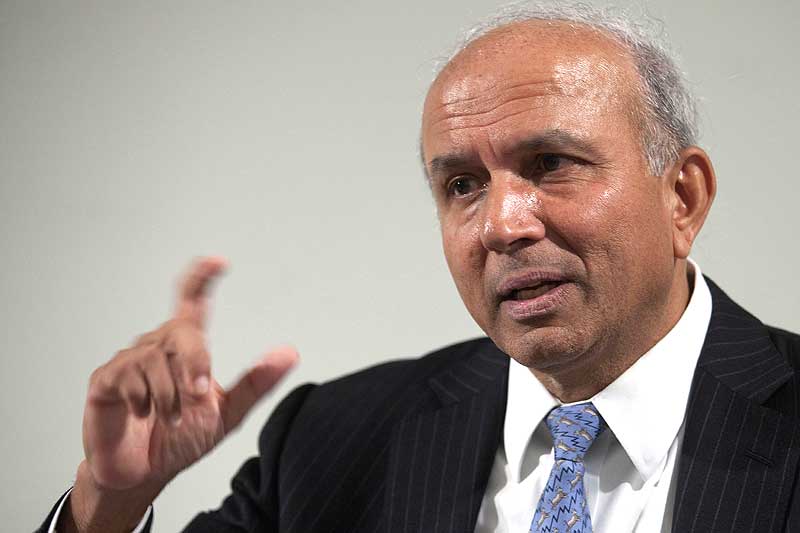 There’s a somewhat obscure video on the website of the Ben Graham Centre for Value Investing, part of the University of Western Ontario’s Richard Ivey School of Business. This video dates back to May 25, 2007, a period American economists fondly reminisce about as pre-meltdown. It features Prem Watsa, founder, chairman and CEO of the Toronto-based investment firm Fairfax Financial Holdings Ltd—it’s his speech at the Ben Graham Centre’s first annual Intelligent Investing Conference. In the video, referring to charts, Watsa says, “We’re thinking of the possibility of a one-in-a-fifty-year, one-in-a-hundred-year storm coming.” The punchline is harder: “The music may stop again. We have to be careful. When it stops, it stops very quickly.”

That’s Watsa, who maintains a low profile despite a fortune estimated at anywhere between $2 billion and $4 billion. He has often been compared to Berkshire Hathaway’s Warren Buffett, the ‘Oracle of Omaha’. Watsa, predictably enough, is often described as the ‘Oracle of Ontario’, the province in which Toronto is located. And true to form, the reclusive Watsa did not speak to Outlook for this story. But other people who have interacted with him did so.