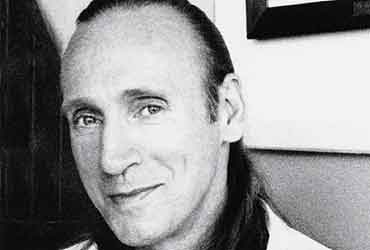 "I've been leg-ironed on three different continents." It's an attention-grabber of a statement but Gregory David Roberts doesn't really sound like someone who was Australia's most wanted man, a maximum-security jailbird who can teach you the four killer rules of fighting dirty with a knife. On the telephone from his London hotel, he sounds more like a soft-spoken intellectual with a matter-of-fact line in storytelling.

His story, though, is a remarkable tale of adventure on the run, love, friendship and a search for personal redemption. His massive autobiographical debut novel, Shantaram (Time Warner Books, 2004, £10.99), which was released in the UK earlier in May and is due for imminent launch in India, has all of them in epic measure. It is also a story of Bombay, arguably one of the most accurate pictures in English of this frustrating, rewarding, complex city by the Arabian Sea.

This story begins in Australia, where Greg Roberts' life was coming badly unstuck. "Without drugs, I might have killed myself," he says about what was evidently a terrible period in his life. An acquaintance offered him heroin to help handle the blues, and like most users of this phenomenally addictive drug, he was instantly hooked.

Roberts found himself unable to finance his habit through his old job, writing. Anyone familiar with a junkie's peculiar logic will immediately understand why Roberts reckoned armed robbery was a much better idea. "I used a toy pistol and was always very polite; they called me 'The Gentleman Bandit'," he remembers.

Such fine distinctions are irrelevant to the law; armed robbery is a serious crime. Roberts was caught, flung into a maximum-security facility. One of Australia's toughest jails which till as recently as 1973 maintained the medieval practice of flogging men with cat o' nine tails. 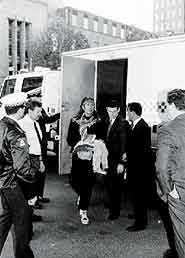 The brutality drove him to escape. And despite the manhunt that followed this unprecedented jailbreak, Roberts made it on to a flight to Europe. That flight, however, had a 48-hour stopover in Bombay. Roberts got off and took the airport bus to Colaba at the southern tip of Bombay. Almost immediately, he met three people who would go on to change his life. Prabaker, the irrepressible little friend, fixer, guide and cabbie, who would awaken new worlds for Roberts in slums and in a village. Beautiful, green-eyed Karla who he fell in love with. And Didier who tells him, "I am French, gay, Jewish and a criminal. Bombay is the only city that allows me to be all those things at the same time." Roberts didn't return to the airport. Shantaram is the story of what happened next. Like many good novels, it works at several levels. Roberts eventually found himself working for one of Bombay's most powerful mafia dons, and at one level his is a gripping adventure story, drenched in drugs, violence and filled with some remarkable characters. 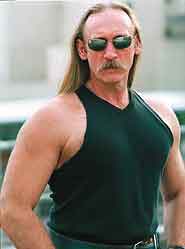 At another, it's an accurate picture of the expat scene in India in the late '70s and '80s. Backpackers stepping off the plane at Santa Cruz airport were less likely to be hippies seeking transcendence than people on the run in search of a good time and some business. Bombay's welcoming touts and gangsters were only too happy to get into bed with them, and not just metaphorically. Beautiful green-eyed Karla, the woman Roberts fell in love with, was one of the few who found success and real power from their lives on the fringes of the law.

Of course, Shantaram is also Bombay's story. The world's great metropolises are complex and very individual characters. They inspire everything from hope to despair, sometimes simultaneously. Bombay's like that too. Yet, so far a defining novel, a work that captures some essential truth about the city, has been elusive.

English writing hasn't yet plumbed Bombay's truths. Places like Bandra and Juhu, where the filmstars stay, and Nariman Point, where smart MBAs make dollar bonuses, capture the popular imagination, but there is much more to the city. Some sixty per cent of Bombay's population, nearly nine million people, live in slums. Add the number estimated to live in one-room tenements or chawls, and you have close to 12 million people who live in conditions much of the world would consider unfit for human habitation. Yet this never dampens the near-manic energy, a purposeful buzz that seems to fire people up almost anywhere in the city.

Only a handful of writers have managed to marry intimacy with the city's pulse with lyrical ability. Bombay's dark and lovely heart comes alive through Saadat Hassan Manto's hard-drinking Urdu short stories and Namdeo Dhasal's evocation of the city's mean streets in Marathi works like Golpitha. 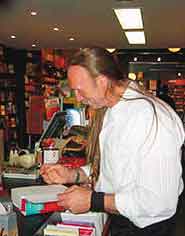 But so far no writer in English has told Bombay's story better than this Aussie on the lam, who first saw it aged 28. The city is far too big for even a 944-page book to capture, but Shantaram is accurate with the fundamental Mumbai realities that it does address. The slums, for instance, where Roberts also lived and ran a free medical clinic. The rough streets of Dongri and Do Tanki where gangsters, drugs, fanatic cults, three major world religions, assorted perversions and some excellent street food all jostle in mad confusion.

And Colaba. The area is something of an anomaly—it has the cachet of South Bombay but lacks the pretension. It's hard to stay pretentious in a place where 30 seconds after dining with the city's glitterati in one of India's finest restaurants, you could be negotiating a streetside deal for heroin with an ex-Tamil Tiger. It is the one place in India that manages the difficult task of being cosmopolitan without simultaneously putting itself out of reach for most Indians. Nor has it lost its own identity; the large Koli fishing community sees to that. "It's been 14 years, but you're making me homesick talking about Leopold, Mondegar, Piccadilly and Delhi Durbar," Roberts says. Anyone from Colaba would empathise.

Ultimately, though, Shantaram is a story of one man's personal quest. Roberts was talking about losing custody of his daughter when he talked of being in a situation where he didn't know "...what a man should do". Three decades on, after pain, jail and much heartbreak, Roberts knows the question is also allegorical, not just literal. He's been finding the answers along the way.

One of the most meaningful came to Roberts in Prabaker's village in Maharashtra. Despite Prabaker's knowledge of his violent past, the villagers' unquestioning acceptance of him as a man of peace—they were so pleased with the white man who spoke Marathi that they named him Shantaram (hence the book's title)—struck deeply. "That was the beginning of my salvation," he says.

'It Was A Master Stroke'