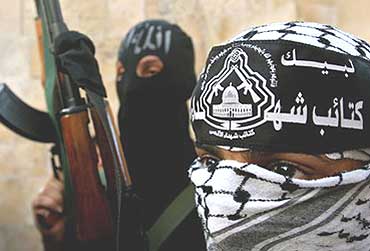 This new ‘ism’ has also transformed the Lashkar-e-Toiba, or similar groups suspected in the Mumbai blasts. "The Lashkar-e-Toiba started for completely different reasons, it was not part of a global movement," Loretta Napoleoni, author of Terror Inc, tells Outlook. The book extensively explores the terror network in the Indian subcontinent. "It was at the beginning focused on the conflict between India and Pakistan in Kashmir, but then, because of the spread of Al Qaedism, and particularly around the beginning of the war in Iraq, it became one of many organisations under the same umbrella."

Evidence of this change comes from the Lashkar itself. "If you see their rhetoric, it’s not any more focused on the national element, it is very much a global rhetoric. And that’s the same with Indonesian groups, for example. They are all a part of the same ideological body, and this is extremely dangerous because they all feel a part of the same counter-crusade against the West in general." And in the minds of many of these groups, India has gone ‘West’. Madrid-London-Mumbai maps a new mind, as it presents a new danger.