Home  »  Magazine  »  Sports  » sports: besides cricket »  Like Water, Money Flows Down From The Top

Big-budget ad-spenders are still high on cricket, but are looking at the popular football, kabbadi and hockey leagues. Minnows get a chance too. 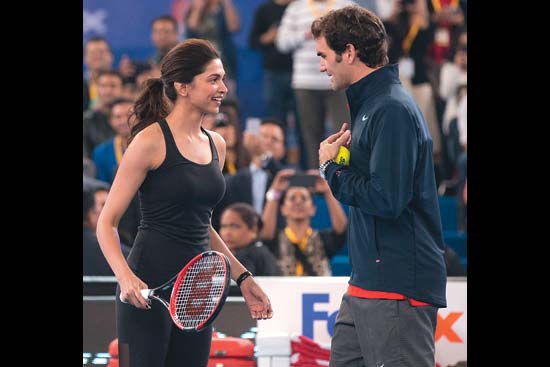 Market estimates, all figures in rupees

A few months ago, a sport most of us may have reluctantly participated in in high school was suddenly rampaging through the telly, even on Page 3. The Pro Kabaddi League had filmstars endorsing it, cheerleaders and primetime TV slots. Hockey and badminton have been there before and now the Indian Super League soccer is getting big sponsors. “We are witnessing a new India where the popularity of soccer is spreading fast. It is growing exponentially with each passing month. This could possibly explain why viewership of the Football World Cup went up manifold,” says Ranjivjit Singh, chief marketing officer, Samsung India. The electronics and consumer goods giant sponsors Chelsea in the English Premier League and has now tied up with ISL. It is even lining up product launches coordinated with the ISL, something that was associated with only cricket before.

This change is flowing into other companies, who had always made cricket part of their boardroom discussions. This year, those talks have new entrants like football, hockey and badminton, even kabaddi. Says LG India’s corporate marketing head Sanjay Chitkara: “We are witnessing a welcome change in the Indian sports ecosystem. Different sports and games are catching people’s attention. Sports like football, kabaddi, and badminton are also being embraced warmly by sport lovers.” This change, say experts, is being pushed by rise of new icons like Saina Nehwal, K. Srikanth, Sania Mirza, Mary Kom, Sushil Kumar and Vijender Singh, and the hockey team winning the Asiad gold. LG, one of the longest standing global partners of the International Cricket Council, is keenly observing the change in various other areas of sports in India.

It is not surprising then that many new firms are also entering the fray with nickel in hand. The Muthoot Group, for instance, has opted for a huge exposure in the inaugural season of ISL by sponsoring the referees and the group fair-play award. Says Muthoot’s Avinav Chaubey, “Till now we had tied up with IPL’s Delhi Daredevils and focused on cricket, but as the athlete-fan relationship is evolving, we decided to associate with other prominent sports platforms too. India is steadily embracing sports other than cricket and football. The Football World Cup has ardent followers here and the popularity continues to grow. The first season of the Hero Indian Super League has gained excellent response and we are happy with it.”

Interestingly, some sponsors are looking at other sports now, as cricket has priced itself out of their ad-spend. Says Indraneel Das Blah, partner at sports marketing firm Kwan, “There is an overdose of cricket and a lot of clutter of brands in it. Above all, cricket is far too expensive for many companies to afford. Other sports are cheaper and new tournaments like ISL are well-packaged and look good on TV.” True, considering that sponsorships for the other games cost a fifth of that in cricket. A 10-second spot for IPL costs at least Rs 3 lakh; for ISL it is available for Rs 50-60,000. An associate sponsorship for ISL was available for Rs 5 crore; a sponsorship of similar nature for the IPL could be five times as much. Also, ISL has a lot of regional following in states like Kerala, Goa, West Bengal and the Northeast, which encourages local companies to participate at reasonable costs. So, many local firms that cannot afford to advertise in cricket have started setting aside budgets for other sports.

Experts feel the real test will begin when the new tournaments start maturing and their real strength is known. And when kabaddi and rugby get out of TV sets, go to the streets and stadiums, and throw up international stars.

Free Kick On The Pitch