No subject is under the radar of Eco’s voracious opinion-making. And a lightly worn erudition gathers in the universe with a careless sweep of the cape. 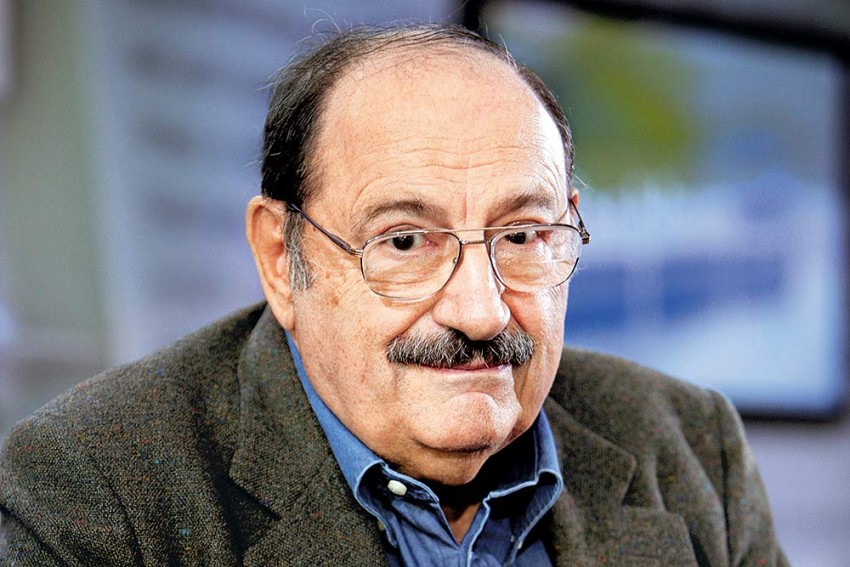 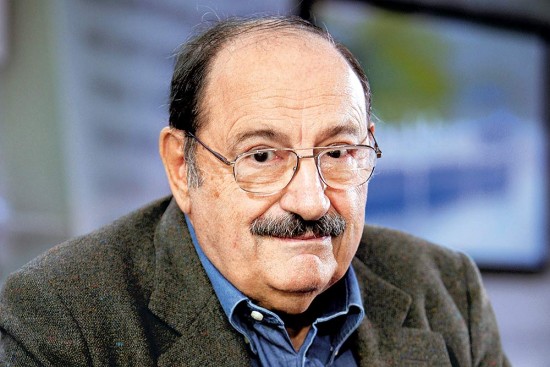 “Twitter is like a village or suburban bar”, writes Umberto Eco in a fascinating essay, I tweet, therefore I am (Twittero ergo sum!). “You hear the village idiot, the small landow­ner...and occasionally there is someone with a few sensible ideas. But it all ends there. Bar room gossip never changed international politics,” he elaborates. It is part of his latest, posthumous collection of essays, Chronicles of a Liquid Society.

Eco is, of course, best known as the author of The Name of the Rose, a murder mystery filled with references to arcane manuscripts and texts and set in a medieval monastery. Foucault’s Pend­ulum, Baudolino and the controversial The Prague Cemetery are some of his other well-known novels. The amazing History of Beauty is a personal favourite among his non-fiction works.

These essays are some of the columns that Eco wrote for the magazine L’Espresso from 2000-2015. The concept of a liquid society refers to a state where everything is in a state of flux—there are no fixed or stable points of reference. There are mul­tiple crises facing us today—the collapse of ideologies, a collapse of communities as well as that of the state. A defining feature of such a liquid phase is indignation which we are witnessing all around us and one which Pankaj Mishra has eloquently discussed in his book The Age of Anger.

The essays cover an enormous range of topics—from cellphones to internet pornography, from presidential elections to Harry Potter’s impact on schoolchildren. Eco writes, in conclusion to a delightful piece on how Euclid described a right angle, that in these columns, he would be “talking about everything that came into my head, and this is what came into my head today!” However, the amazing thing is that there is always something new that one finds in the ess­ays. This could be a new way of looking at everyday events and things, or a piece of obscure historical or literary trivia.

The review of a book, Where Are You? An Ontology of the Cell Phone, is a discussion about the anthropology of homo cellularis, and how this technology has changed human existence so dramatically that it should be a topic for philosophical discussion. The review of a book on privacy is used as a peg to take the loss of privacy to its logical culmination, with everyone watching everyone else—like Kekule’s serpent eating its own tail. And this piece dates from 2001!

Even a prescient Eco can be wrong—even he could not imagine that the most powerful man in the world prefers to conduct the affairs of the state in 140-character bites.

The themes covered also include conspiracies, racism, religion, philosophy, mass media and education. And the bibliophile that he was (he had a library of more than 30,000 volumes, including rare manuscripts), there are several ess­ays on books. In a fascinating piece on the fictional gourmet detective Nero Wolfe, Eco mentions that he spent two months rereading all the eighty Nero Wolfe stories! Whether he is dealing with the quotidian or the abstruse, Eco’s enormous erudition and intimidating intellect are visible in almost all the pieces.

As in his novels, Eco weaves in many threads from literary and intellectual history—of a variety of places, cultures and languages. But this is always done effortlessly, and with prose that is playful and yet precise. A little known 5th century AD Neo-Platonist, Hypatia, who was killed by the bishop of Alexa­ndria, is discussed in an essay on religious censorship. In The reindeer and the camel, Eco laments the disappearance of nativity scenes (with Magi bringing gifts) which were central to Christmas celebrations of his childhood and their replacement with Christmas trees decorated with coloured balls. He goes on to discuss how Santa Claus was Saint Nikolaus and the tree a pagan legacy which was used at Yule, a pre-Christian pagan festival of the winter solstice. The connections he makes between disparate things leaves one marvelling at the breadth of his knowledge.

Barring some pieces on local Italian politics and culture, these essays should be of interest to most readers. And since these were written as newspaper columns, they are best read a few at a time. Just like his earlier collections of essays, Faith in Fakes and How to Travel with a Salmon, this one too will be read and savoured for many years to come.

But even someone as prescient as Eco can be wrong at times—even he could not imagine a world where the most powerful man in the world prefers to conduct the affairs of the state in 140-character bites, and threatens ano­ther megalomaniac in Northeast Asia by boastfully tweeting that “his is bigger and better and it works” (the nuclear button, of course).