Lighting A Candle For ‘Hyde Park’ 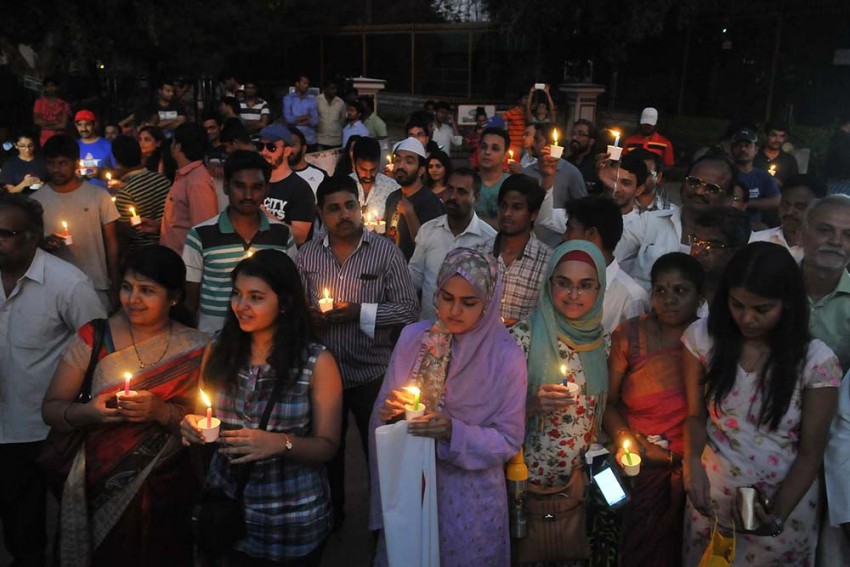 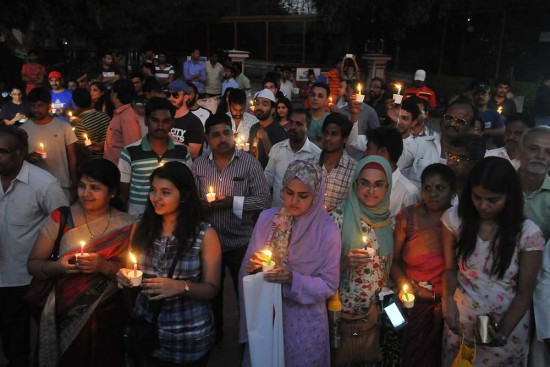 The 23-month-old state of Telangana has been gift-wrapped on arrival with a lot of infrastructure project announcements and the phrase “global smart city” is used a lot. But it’s the state government’s Strategic Road Dev­elopment project­—planning flyovers, skyways and elevated corridors across Hyderabad at a cost of Rs 21,000 crore—that has run into candle-lit protests.

In the first phase, the project will substa­ntially affect the lush-green Kasu Brahma­nanda Reddy Park—a protected forest. Visitors to the KBR Park are all­owed only into 140 acres. Just over one-tenth of the 390-acre park houses the eighth Nizam Mukarram Jah Bahadur’s Chiran Palace.

Green activists are not the only ones cut up. Mantri Developers, who were building high-cost villas on 5.85 acres of KBR Park area, are demanding a compensation of Rs 1,000 crore. This was initially a Maytas project. “When it rains, water flows down this ridge and collects along the park’s trees, which have a substantial centre of gravity,” explains Anant Mariganti of the Hyderabad Urban Lab. “By building a multi-level flyover monstrosity, we are creating a heat-island effect which dama­ges not just the park but raises temperature levels across the city,” he elaborates.

Officials sarcastically dismiss the objections as “an idle time-pass of the rich” in Jubilee Hills. Hyderabad mayor Bonthu Rammohan’s opinion is: “The same people holding candle marches along KBR Park will need a swift route tomorrow during emergencies.” The SRDP, he assures, will save travel time of about 80,000 vehicle hours a day and decrease pollution. “Every year, 10 lakh vehicles including cars and bikes are added to our roads. We are planning for traffic needs till 2041,” he says. But rising protests point to environmental concerns which do not find much of an audience in the T-government.

But Rammohan  insists all the 3,000 trees of KBR would be transloca­ted acr­oss the city. “We are planting over three crore sapl­ings in our green drive, encouraging rainwater ­harv­esting and exploring und­erground parking. Aren’t these environment-friendly?” he asks. He feels the National Green Tribunal order to stop felling of trees till a hearing happens makes it out as if KBR Park is being razed to the ground. “That is not the case at all,” he argues.

Environmental expert K. Puru­shottam Reddy says the SRDP is being enacted without seeking public opinion. “Building a multi-level network of roads by destro­ying greenery, ­ta­k­ing over private land is against the UN Susta­inable Development agenda. There is a direct link between greenery, air and water. The Telangana government is meddling with the right to water and environment of its citizens,” says the professor. Volunteers of Hyderabad Rising have been tying red strings around the demarcated trees to echo a “chipko movement”. Shilpa Sukumaran of Hyderabad Rising claims that the park is an important carbon and water sink and the sub-soil seepages and aquifier systems feed ­several lakes in the city. The GHMC is also struggling to raise funds for the project. ­Rammohan admits to the scarcity and says that, in some places, acquiring land costs more than the actual building of flyovers. Kingshuk Nag, resident editor of TOI, ­Hyderabad, in fact feels Brand ­Hyderabad would be badly hit if the government goes ahead with such ­damaging ­projects. “What they are ­doing is breaking down a city in the name of IT investments. If the Sultan Bazar is  being sacrificed in Metro Rail, it is now KBR that has to be a ­sac­rificial lamb for SRDP,” he says.

Urban transport expert C. Rama­chandraiah and con­ser­vationist Sajjad Shahed w­onder why CM K. Chandrasekhara Rao thinks only about 100-storey buildings or 100-day action plans. “Hum Hyderabadiyon se poo­chho toh sahi, ki hume kya chahiye (Ask people in the city what they need),” says Sajjad. Ram­achandraiah says it is a “contractors’ raj”. Politicians are contractors and vice versa. “Chandrababu Naidu took 30 acres of the park when he wanted a faster access for visitors from Begumpet airport to HiTec City. Today it is the same,” he moans.