Life Is A Hardcourt

She's hit the orbit. But to hang in there, and improve, Sania Mirza has to learn on the job. 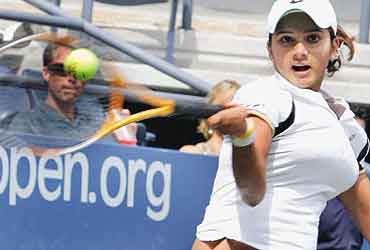 Sania Mirza may not have had too much time to reflect on her achievements—a fine run in the American hardcourt tennis season, culminating with a drive into the fourth round of the US Open that has made many sit up and take note of India as a nation. But when Indian's brightest tennis star in a long while introspects, she will realise her achievements this year have already made the road ahead a more challenging one than she may have envisaged.

The Hyderabadi teenager's biggest task over the next year would be to simply stay in the top echelons of the game by picking up and defending points. At the same time, she will have to work on improving her game. She may not need reminding, but after catapulting from No. 169 at the start of the year to No. 42 before the US Open, she has set a higher benchmark for herself—flashes of brilliance will no longer do, steely consistency and rigour is called for.