Liberals, This Is The Time To Keep The Faith 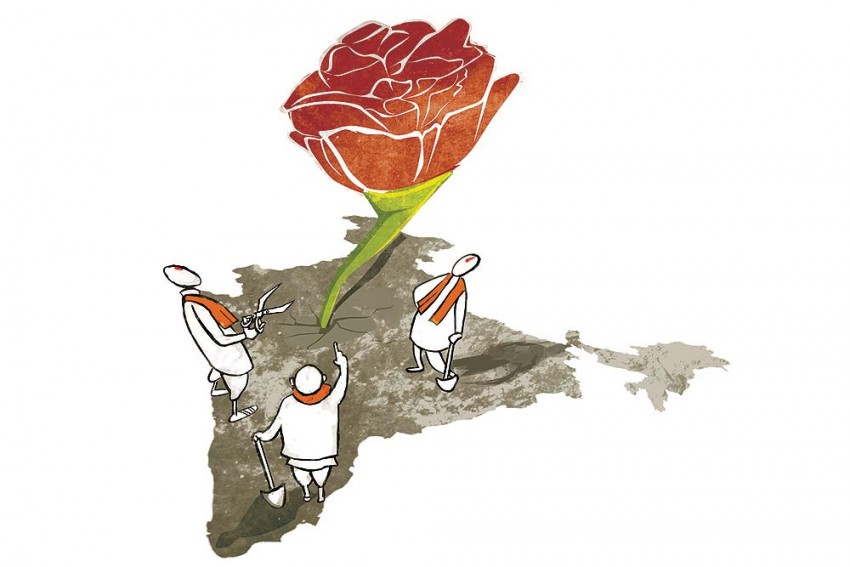 Illustration by Saahil
Harish Khare November 17, 2014 00:00 IST Liberals, This Is The Time To Keep The Faith 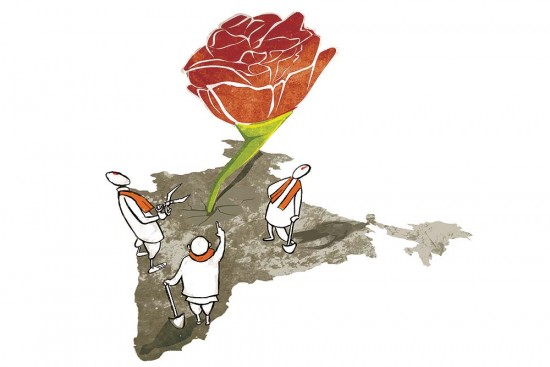 Liberals have of late been nursing a sense of unease that the new political dispensation in Delhi will succeed in obliterating the republican ideas and values associated with Jawaharlal Nehru. This is explicable: for there’s no doubt the new ruling crowd draws power from unenlightened political demagoguery; and crowding around the government are the antediluvian commissars of Nagpur. But let it be understood that a bit of change in the geography and language of political symbolism is inevitable after a change of government; new faces have become visible, new voices are being heard and new—in fact, old—vested interests have predictably asserted themselves. A regime change creates its own vibrations. New songs are invariably written in praise of new kings. At the same time, let us be quite clear about one thing: Nehru’s ideas and his impact on India are enduring; his legacy of liberal impulses and sentiments will not be so easily eroded.

What is the reason for this certitude? Nehru understood India better than any other leader of his generation. His insights into Indian society and its values were far superior to that of this current crop of neo-communalists. He und­erstood clearly India’s ethos, its culture, its civilisational temper and its history. Nehru was a leader with a formidable intellect. It will be premature to believe that he can be so easily dethroned in the kingdom of ideas.

It was this profound reading and deep understanding of Indian civilisation that informed Nehru’s unwavering commitment to the idea and practice of secularism. And he spoke out on every conceivable occasion, for it was a conviction he passionately held. Talking to an audience in Madras in 1952, Nehru meditated on the theme of ‘The Basic Unity of India’: “There are many religions in India. Some people belong to one religion and some others to another. Now, it is up to those people to belong to any religion they like. But so far as India is concerned, they are all the very soul and fibre of India, to whatever religion they may belong. They are all equal sharers of India. It is not right or true to think or say that the people of one religion have a greater share in India and people of another less. They are all citizens of India. Religion is a matter of their private lives, private conscience, not a matter related to their civic or national life.”

Nehru knew what would work for India because he really understood Indian civilisation. This is why his ideals endure.

For Nehru, secularism was a wise proposition of statecraft as well as a tenet of prudent politics. He had to educate not only his political rivals but also people from his own party. At a public meeting in 1951, he had the courage of conviction to declaim on the unsuitability and unworkability of a Hindu rashtra. He argued: “Hindu rashtra can only mean one thing, and that is, that you leave the modern way and get into a narrow, old-fashioned way of thinking and fragment India into pieces. Those who are not Hindus will be reduced in status. You may say patronisingly that you will look after the Muslims or Christians or others, as in Pakistan they say that they will look after the Hindus. Do you think any race or individual will accept for long the claim that they are looked after while we sit high above them? Is this what your Constitution guarantees? We have proclaimed to the world that every citizen of this country has equal rights whatever religion or caste or creed he may belong to and everyone is an equal shareholder in India’s freedom. You believe in this, then what these communal organisations say is wrong—fundamentally wrong, useless and harmful—and ought to be suppressed.”

Nehruvian ideas are in no immediate  danger because his political liberalism was a positive and forward-looking body of beliefs; and, when he spoke he had a tinge of foresight, a quality that eludes so many leaders. No Indian leader after him has managed to convey that sense of foresight. And who in this time and age can quarrel with Nehru’s accent on fairness, openness, respect for dissent, celebration of plurality of ideas and voices, democratic accountability, as also tolerance in public life and political discourse. As a stu­d­ent of history, he und­­er­stood “there are certain basic truths and realities that do not change with the changing times and unless we hold fast to them, we are likely to go astray.”

Nehru practised the politics of conviction, not the politics of populism. He was vastly popular, but he was not a populist and would never stoop to populism; though he was the original democrat, he was not willing to pander to the crowds; nor was he willing to change his views easily. Though he had all the skills of a demagogue, he refused to lower the bar to indulge the reactionary and the communalist. His politics was one of ideals and idealism. Such a legacy cannot be easily done away with.

In 1961, sensing that Nehru was aging and was physically no longer capable of robust energy, the corporate crowd began inching away from the Congress. There was a new political party of princes and zamindars and businessmen. J.R.D. Tata, one of the most respected business leaders in India, wrote to Nehru that he and his friends had concluded that it would be in India’s interests if the Swatantra Party could be helped to become a major force. He further told Nehru: “We have therefore come to the conclusion that in addition to continued support to the election funds of the Congress, we should also contribute, although on a lower scale, to the funds of the Swatantra Party.”

Within two days Nehru replied to Tata, cryptically and clearly: “During the fairly long life that I have devoted to political and like matters, I have tried to follow, with more or less success, certain paths aiming at certain objectives. I suppose that, as was natural, I have learnt from experience and occasionally varied the policies I pursued somewhat. But basically, I think I have been fairly consistent. This is so because I firmly believed in them. Naturally, if I do so and think that those policies are beneficial for the people of India, I must continue to follow them.... You are, of course, completely free to help [the Swatantra Party] in any way you like....” There was no ambiguity or apology in what Nehru was trying to achieve in this land of inequalities and inequities. Many of Nehru’s friends and most of his critics never fully appreciated that his convictions grew out of a sense of unbounded, unconditional and unshakeable sense of service to motherland. He was a nationalist and patriot, despite his cosmopolitan outlook. This patriotic spirit was steeled up during those long years in colonial prisons.

Yet he remained unwaveringly positive in his politics. He never indulged in the politics of resentment. He never promoted himself or his ideas by demonising his rivals or their views. Thus, let us appreciate that there is something very authentic, very enduring in Nehru’s ideas and thoughts about India. Yet, as philosopher Tony Judt had reminded us a few years ago, “Democracies corrode quite fast.... They corrode because most people do not care very much for them.” A similar injunction can be applied to Indian liberals, who need to renew their faith in Nehruvian values and practices before they would be in a position to demand that our new rulers show respect for Nehru’s ideas.