Pakistan's elite university gets political, stands up for democracy 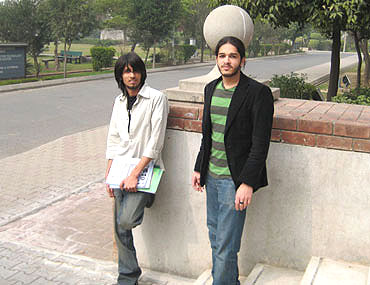 The new political climate in Pakistan—of lawyers' strikes and robust civil disobedience, of police batons and media activism—seems to have nudged awake the country's long-slumbering student community. Cynicism embedded over decades of forced de-politicisation begun by General Zia-ul-Haq is giving way to involvement, and protest is slowly replacing apathy.

Nowhere are the stirrings more surprising than at the elite Lahore University of Management Sciences (LUMS), a serene campus more out of a college town in the West than the uneven educational landscape of Pakistan. This rare oasis of academic excellence became a centre of political activism last November when President Pervez Musharraf imposed emergency, quashing demands for democracy, unleashing his forces against unarmed protesters. Riot police with tear gas stood menacingly outside LUMS, as students—largely from the creamy upper layers of the country—shouted slogans and made fiery speeches. Then savvily put their clips on YouTube.

True, the protests were organised at 'break time' and no classes were disrupted—rules had been devised to allow free expression, but without a free-for-all. Cricket god-turned-concerned-politician Imran Khan, whose party boycotted the recent elections, was on campus on November 3, exhorting students to speak up, when Musharraf declared the emergency. "There was a certain momentum and we decided to take action," recalled Nazeer Wazir Khan, a political science student. Musharraf, incidentally, is the chancellor of LUMS, a fact that embarrasses students no end.

LUMS's iconic status for young Pakistanis is akin to that of the iims among Indians, with admission guaranteeing a secure future. Many would rather study here than face the 'humiliation' of securing visas as Muslims to western universities. The expansion of courses to include law, humanities and political science, and induction of students from less privileged backgrounds through scholarships, has made engagement with politics inevitable. LUMS is eagerly establishing links with Indian universities, inviting scholars for seminars and sending their own. None of the usual prickliness of Indo-Pak exchanges here.

The faculty is filled with young professors who left behind lucrative careers in New York and London to return home and contribute to society. And their idealism is both admirable and infectious. They talk passionately of the fulfilment of shaping young minds, connecting with civil society, honing new policies and advising decision-makers. The buzz of Manhattan and the spires of Oxford are left behind without regrets. They want to keep the faith and continue on this 'collective journey' to make Pakistan a more democratic society.

"You can inspire students and really feel like a citizen. The kind of recognition you can get here is something else," says Osama Siddique, who helped set up the law programme at LUMS, giving up a high-paying Wall Street job. "Here you're creating something which is meaningful....policy work, street protests, public debates. The work I was doing there could have been done by anyone, it was so structured and mechanical," he says. This is stuff for the soul compared to assembly line junk food. A Rhodes scholar with a master's from Harvard, Siddique talks easily about the "larger collective mission" of the civil society movement of engaging with the political process. He was one of three LUMS faculty members slammed with an FIR for leading and participating in protests.

Maryam Khan, a Cornell graduate and barrister from Lincoln's Inn who also returned to teach law at LUMS, believes in "capitalising the spark in younger generations not yet plagued by the rot of realism". The struggle to make a meaningful contribution may not come to fruition but Khan says emphatically, "I'm very sure I want to take this risk. At best, I'll achieve something in my own lifetime, at worst, I'll have helped someone else to carry the change forward." 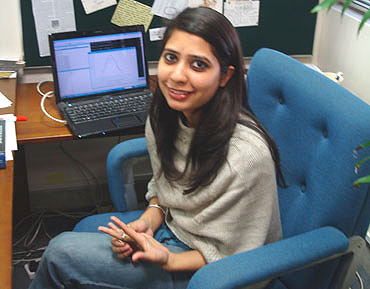 Manasa, 22, is the only Indian faculty

A thin slice of Pakistan shining? Sure. Leaving the old streets of Lahore and entering LUMS is like getting a glimpse of 21st century Pakistan with an easy co-existence of tradition and modernity. Girls in hijab walk beside girls smoking cigarettes with no noticeable awkwardness. Pony-tailed men rush to class just behind the more desi ones, discussing projects and presentations. A relaxed atmosphere prevails and coffee-table discussions abound. "We don't have the infrastructure for democracy," says a young student. Another counters, "But something is changing. I feel optimistic and I hope the judiciary gets restored."

Arguably one of the best institutions in Pakistan today, LUMS was set up in 1986 after industrialist Syed Babar Ali decided it was time to address the crying need for a world-class school to improve the quality of business education. The courses have grown to include philosophy and a spanking new building for science and engineering is coming up. Students have increased from 40 to over 2,300 and LUMS alumni are in top spots around the world.

But it is the dedication of the young faculty members that makes the institution what it is. Take Reehana Raza who grew up abroad but has come back to teach economics at LUMS, lured by the same excitement of a society in motion. "I'm a development economist. Where else should I be? I have connections with this place, its history, its politics," she says. After getting her PhD from Cambridge, Raza worked as a consultant for the World Bank and the UN but when her old friends talked of returning, she didn't think twice. "We were a group and our politics agreed." As an economist, she feels India and Pakistan should trade more. "We could benefit from India's growth and as the pie gets bigger, you could fight terrorism better," Raza says. "Some of the best academics in my field are Indians but a sense of 'otherness' has been created. Those of us who have lived abroad have overcome it."

Indeed, the youngest teacher at LUMS is 22-year-old Indian econometrist Manasa Patnam, who met this liberal group of Pakistanis at Oxford and was invited to join. Some tough visa moments later, Patnam arrived and fit right in. "I feel I've seen the country transform. My first impressions were that Pakistanis are so passive and don't really care. But after the recent events (lawyers' strike, suspension of the chief justice, clampdown), the stereotype I had was gone," she says. "These are really interesting times to live in Pakistan.... There is more hope now and I feel as happy as everyone else about these elections."

The success of the LUMS experiment can and should be replicated by decision-makers to fill the institutional void that has grown with botched political experiments of past and present generals. The winds of change blowing through Pakistan would then gather force.