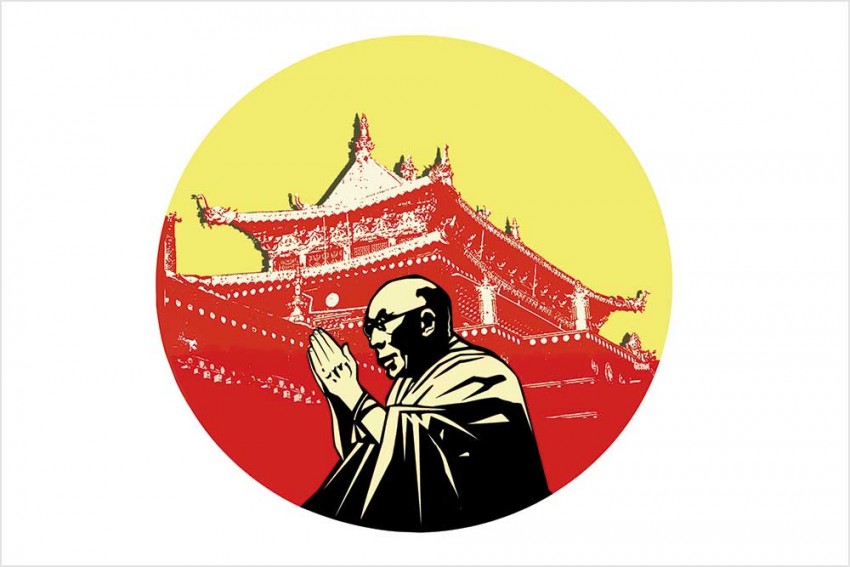 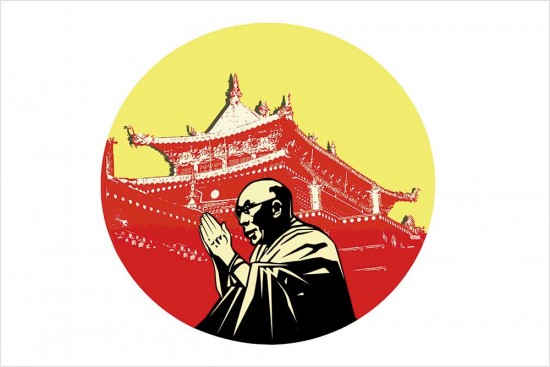 There is magic in Tibet’s air, they say. Stepping off the flight in Lhasa, the first glimpse of the valley—the varied hues and textures of the mountain slopes, and the misted peaks piercing the clear sky—took my breath away. I felt drawn by an imperceptible mystique to this fabled home of Buddhism, shut to the world for decades. I had held back from it for years, fearing  that ‘roof of the world’ may prove fatal for me. The Tibetan capital’s altitude is over 3,600 m, and the imposing Karola Glacier, 190 km from Lhasa and visible from the highway to Shigatse, is more than 5,000 m above sea level.

Magic or not, the air is thin on oxygen. Slow, easy meditative steps, not breaking a sweat and eating light is one way of beating altitude sickness—breathlessness, headache, nausea, giddiness, exhaustion or a collapse—which I did suffer fleetingly. It can happen to anyone: young, old, sickly, healthy. But oxygen is always at hand, in hotels, restaurants, buses, taxis and all tourist haunts; and, so is medical support.

The high point of my week in Tibet was the three days I spent in Lhasa. The first must-see is the seventh-century Potala Palace, the Dalai Lama’s winter abode with 100 rooms. The 14th Dalai Lama fled to India in 1959 and has since remained in exile although he yearns to return to his land and its people before shedding his mortal coil. The palace, partially open to the public, escaped damage during China’s Cultural Revolution, thanks to Premier Zhou Enlai. The unending throng of visitors marvel at the priceless relics and magical rites. In worshipful mode, they turn the prayer wheels and listen to the guides drone on about the Dalai Lama’s home.

Another big draw is the Jokhang Temple. The concourse of humanity flowing through the temple, its many chapels and the parikrama is diverse: from the crassly curious tourist with his camera to the devout with their prayer beads and wheels; from young couples coming for their pre-wedding shoots to penitents prostrating repeatedly, circumambulating the temple or punishing themselves with self-­flagellation rites.

Last year, there were 33 million tourists to Tibet, the bulk of them from China. Foreign visitors are restricted and independent travel is not permitted. We were only the second of a small group of journalists from India and Nepal to be taken on a rare, conducted tour in recent years. Tibet attracts, and welcomes, more Nepalis than Indians. There are direct daily flights from Kathmandu to Lhasa, sometimes more than one, whereas we flew all the way from Delhi to Beijing and then southwest to Lhasa for another six hours.

He Who Must Not Be Named

The haunting question is whether the hundreds of thousands of Tibetans who flock to the sacred shrines are drawn by the pull of Buddhism or an irrepressible desire for the exiled Dalai Lama’s return? Are they praying for their salvation or for his return to the sacred soil of his faith? Are the rounds of prostration and self-flagellation for their perceived sins of commission or for being consigned to a life far away from their spiritual and earthly master?

Asked one of these questions, a young Tibetan gave me a scorching look of disapproval and waved me away with “Woh naam nahi lena idhar (Don’t mention that name here).” For my safety or his? I dare not ask.

The Communist Party’s red banner fluttering amidst the colourful array of Buddhist prayer flags on most homes and buildings is eloquent testimony of a coexistence that has endured thus far.

Tibetans in Lhasa are friendly to Indians. Be it on the street, in hotels or restaurants, they are alert to the needs of an Indian visitor. Many proffer a ‘namaste’ and warm smiles. There was no dearth of Hindi-speaking Tibetans in the seething crowd at Jokhang either, ever-ready for small talk with Indian visitors.

In the hotel’s restaurant was a young man who had finished school in Mussoorie. He’d always accompany me around the buffet spelling out each of the two score and more dishes. We spoke in Hindi.  Does he like it in Tibet? Lhasa? “Very much. This is my home.” Didn’t he like India? “I did, but I love my home.” Is it better here? “Yes.” In what way? “I have a good job, house and pay. My people, my temple, our food and culture are here. I could not get a job in India. I could not have continued there. ”

In two Tibetan restaurants where we had lunch, the staff had gone out of their way to prepare dishes the way Indians and Nepalis like it. Many Tibetan eateries have a Nepali thali, similar to an Indian thali with a meat of choice. Should a guest want a dish made in a particular way, they readily oblige. They recalled their time in India with fondness and asked whether I’d been to Dharamshala or the Tibetan market in Delhi. Many were Bollywood fans who had learned to sing Hindi film songs and missed no opportunity to belt out their repertoire. They even had hundreds of favourites saved on their mobile.

How The West Was Lost