Letters To The Last Great Editor

Laments and eulogies from far and wide. 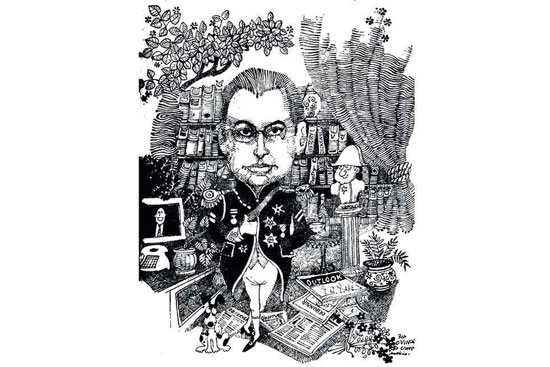 Vinod Mehta’s passing feels like a letting go of a part of my own past. Most times, time “slips by like a field mouse; not shaking the grass” (to use Ezra’s Pound’s lines, not quite in context), and it takes that milestone event to make the inevitability of time so sali­ent—a stark reminder of your own muffled march to the grave. It may be that moment when your mother matter-of-factly tells you over the phone that your grandmother may be on her last few months; or when you watch Sachin Tendulkar walk into the sunset, and realise that your rush of tears is not so much from any personal attachment to the man, as a wistful letting go of your childhood; or, now, hearing that the editor of the wee­kly magazine you grew up on has died. But each moment of memory is not just “a place of arrival, but a point of departure—a catapult throwing you into present times, allowing you to imagine the future instead of accepting it.” Few things perhaps characterised my school days more than Outlook. That eager anticipation of the doorbell on late Tuesday afternoons in Madras, waiting for the week’s copy. The soft crinkle of its white plastic with red lettering. Saving the best articles to be savoured last. Now and then, lamenting, at dinner, the drop in the quality of its stories (but never the writing). In a time without the internet, without convenient nuggets to be lap­ped up as news, it was through Outlook that I came to know the world. RIP, Vinod Mehta.

Vinod Mehta and I worked together on many ad campai­gns at Jaisons Adv­ertising in Bombay in the early ’70s. It was his first job (copywriter) after returning from England. Vinod was a great guy and good friend. May his soul RIP.

A Lakhnawi to the core, Vinod had the unique ability to laugh at himself and never hesitated to call a spade a spade. India needed him most at this point when most “intellectuals” are willing to sell their soul to the highest bidder. We will miss his naughty smile on TV debates and his diary. RIP.

Vinod Mehta was one of the few remaining endangered species of editors who challenged the powerful and gave voice to the voiceless. At a time, when journalism across all media in India is deteriorating and the freedom of press leveraged to promote corporate interests, Vinod Mehta will be missed sorely. The greatest tribute of respect for him would be if at least a few editors and journalists choose to follow in his footsteps.

The death of Vinod Mehta is not only a loss to Indian journalism but to Indian democracy! He was one of the few hopes against the fast growing breed of newsmagazines and journalists who lack the courage to stand up for the interests of the country. On the day the BJP government came to power in India, in the midst of the wild celebrations by fellow journalists, he was one of the very few persons who cautioned against the likely dangers of the new government and asked journalists and people of India to stand up and speak out without fear when necessary. He stood for that India, Bharat, which is frequently forgotten by the urbane and elite journalists. We hope that Outlook follows his path and shines as brightly as it always has! May God give his family the courage to bear this huge loss!

I work in a paper down south where we agree with the government’s stance on the BBC’s documentary of Nirbhaya just so as to not ruffle any feathers. I didn’t know Vinod personally but from what I have heard, he was indeed the editor we all never had. These days it’s quite tough to hear someone say: ‘Don’t bow to the charlatans of marketing!’ My generation and the others to come will indeed be poorer. 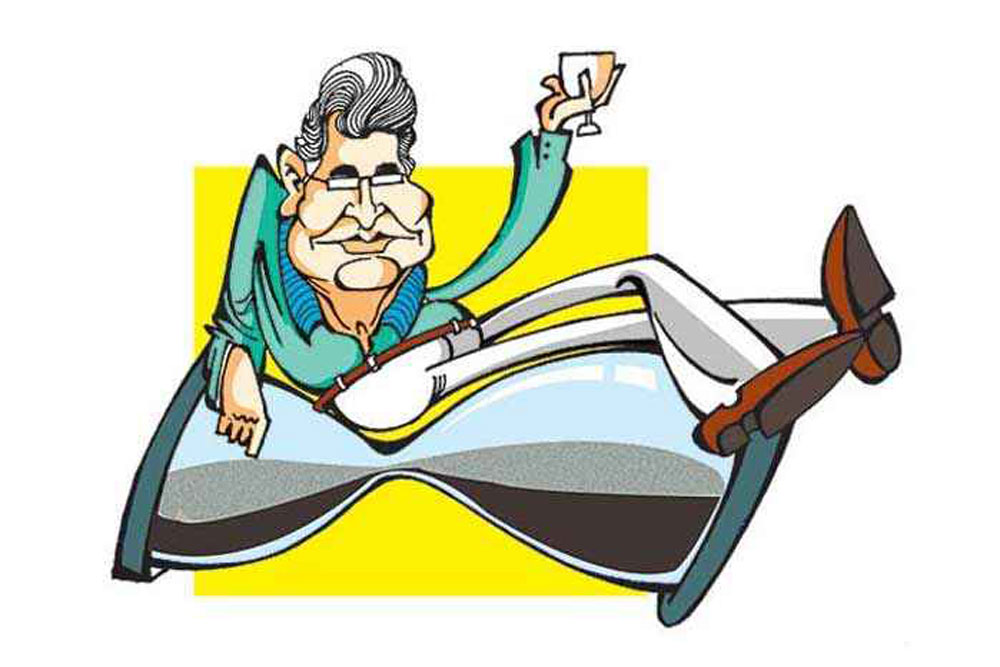 Vinod Mehta spoke to me like no other journalist has or probably will. His voice carried the force of candour, integrity, wit and unpretentiousness. I looked forward to reading his columns, not because I necessarily learned something new, but because his presence indicated to me that everything was good at Outlook. Altho­ugh I never had the opportun­ity to meet him, I considered him a trusted old friend who has an insight on everything under the sun, and especially on those matters that vex most of us mortals. In an environment where journalism has been reduced to cultivation of contacts with the political and corporate elite, for personal amassing of power and fortune, Vinod Mehta stood out as a reminder of what good journalism can be. A fine human being and a great journalist, he would be remembered for speaking truth to the power, sans sanctimony and bombast.

Deepest condolences on the passing of an inimitable editor. I had so respected Vinod’s vision as the best Indian editor ever since I first wrote for his groundbreaking Sunday Observer and then, when he launched Outlook and I continued to freelance for him. It is Indian journalism’s loss and I will miss him personally too.

The passing away of Vinod Mehta is a great loss to Indian journalism. He believed in free, fearless and honest journalism and stood by his convictions. The greatest tribute the Outlook Group can pay him is to follow in his lead.

Vinod Mehta, editor extraordinaire. A man who stood by his convictions, secularist integrity and wit. Who spoke out against communalism and sycophancy. A great irreparable loss for Indian readers and journalism. You will live long in our memories.

We’ll remember you as the ‘Editor-next-door’. Always a nice, likeable guy. Conscience-keeper for the seemingly reckless, indulgent and indifferent middle class. You charmed us, informed us. We miss you, Vinod.

Irreparable loss. One of the finest editors and journalists in the country.

I remember the very first issue of Outlook. The year was 1995 and the price Rs 10. A weekly that filled the gap left by the Illustrated Weekly. India Today at Rs 15 was then a fortnightly and for some months it scurried for cover as Outlook ate into its pie vicariously. There is an interesting story hidden somewhere in that tug-of-war between the two magazines. I don’t know the story but as an outsider, it was obvious that Outlook was the rebellious young brigade and India Today the Grand Old Auntie. And it was Vinod Mehta who was leading the brigade with no-nonsense reportage, which was like a breath of fresh air. India Today had to follow Outlook by reducing its price and becoming a weekly; and it had to come out of its editorial slu­mber. And for the first time they offered those brilliant discounts and subscription gifts as did Outlook. We customers managed to collect a lot of goodies. The jury is still out on that war. But Vinod Mehta won the honours.

As a common man and a reader interested in unbiased and objective news, I am really saddened at the news of the sudden expiry of Vinod Menta. I was exposed to his versatility and unbiased, objective, humorous writing first through his stint as editor of The Independent in the early ’80s and continued to be a fan of his writings till now in Outlook.

Friends at Outlook: Extremely sorry to know dear Vinod is no more with us. I started loving him even since his Debonair days when I edited a similar magazine in Gujarati. I have followed him to every medium he switched to. I feel a great loss at the demise of a fellow pseudo-secularist. May his tribe grow to undo the designs of anti-social elements.

“Our dead are never dead to us, until we have forgotten them.” So said George Eliot. You were a rare stormy petrel in Indian journalism. Long live!

I just finished reading Editor Unplugged” yesterday and was shocked to read about his demise. I will miss his candid views, sense of humour and his impeccable English.

I was shocked to hear of Vinod’s untimely demise. He was a remarkable person who brought such zest and fearlessness to his professional practice, setting new benchmarks for journalism. His loss will be keenly felt by legions of his friends and admirers.

We Outlook subscribers exp­ress our deep sorrow and mourning at the sudden and sad demise of Vinod Mehta. We pray to god to bestow peace and solace on the departed soul.