Good, Bad Or Ugly, Why Readers' Letters Matter To Us

I get letters from readers and some of them are very critical of my time as the Editor. Yet, all letters are prized rewards since readers' opinion matters, writes Outlook Editor-in-Chief, Ruben Banerjee, in his diary on letters to the editor 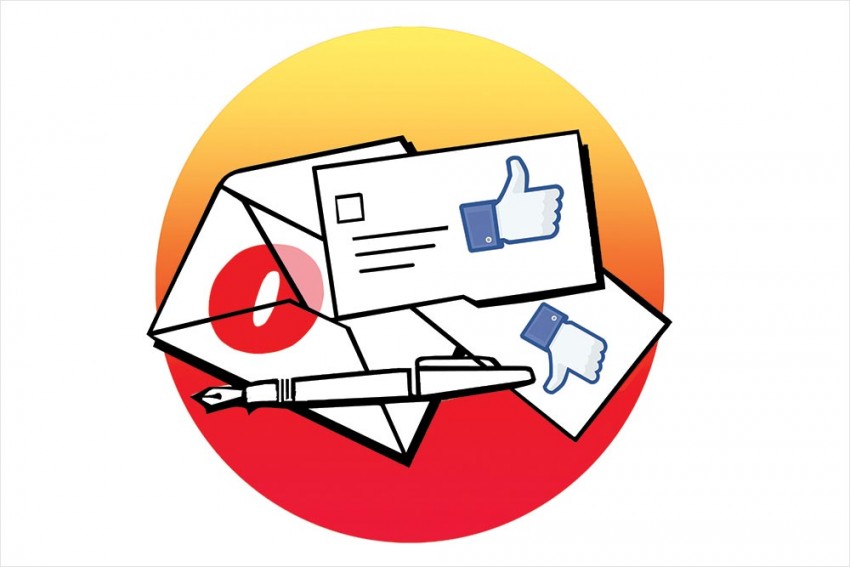 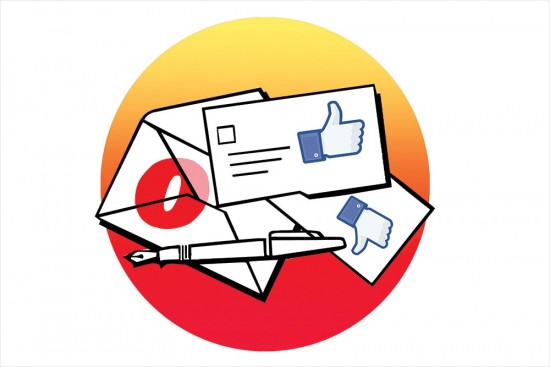 The delight of receiving mail from a long-lost acquaintance turned into disappointment moments after I opened the envelope that landed on my desk last week. Tucked inside was a handwritten letter that read no less than a wholesome denunciation of my time as the editor. I have always known the writer as a well-wisher, but his acerbic words as a reader of Outlook stung. The magazine, he insisted, is directionless, and carries content without substance. He even took exception to my last editorial for our special issue on Gandhi, wherein I confessed that ‘I am no Gandhi scholar’. Such modesty ill behoves someone occupying your chair, he exhorted. His litany of complaints was rather long.

Somewhat taken aback, my immediate reaction was to lessen the sting by instinctively dropping the letter in the dustbin. The pain of being pummelled, however, refused to fade and I ruminated over the letter long and hard, having fished it out from among the discards again. As Outlook nears yet another anniversary—its 24th—opinion of readers continues to matter the most and irrespective of how unpalatable they are, their mails are our prized reward. Those who praise give us a high, the rest as the one by my old acquaintance do bite. But having been open to scrutiny, I am learning to be thick-skinned, equally at ease with brickbats and bouquets.

I read what we print before they go to the press, but you may say that’s more because of my professional compulsion. But what I voluntarily never miss to read are the mails that we receive from readers across the country, many of which do not get a spot in the sun for want of space. Coming to space, the two pages that we normally give for letters every week seem to be a favourite bugbear with many readers. Scores of them censure me for being so stingy—they want no less than four pages, that too uninterrupted without any advertisement insertions. In doing so, they invariably remind that readers are Outlook’s lifeline and their views deserve a grander display.

Though unable to grant them their wish of more pages because of sundry considerations, I dare not dispute the invaluable role of readers in shaping a magazine. They show the mirror, flag mistakes, help us stay rooted and allow us to read the people’s pulse in a crowded media landscape. Some mails such as the one that I received shortly after I had assumed the position of editor, stating that I can never aspire to match the stature of our legendary founding editor Vinod Mehta because of my modest height, can be brushed aside as frivolous. But whatever their nature, the letters are reminders of what the readers’ expectations are and the responsibilities that they have vested on us.

THE MEN OF LETTERS

The readers writing to the editor remain faceless, but I feel a deep bonding developing with particularly those who are regulars. M.C. Joshi from Lucknow is one, M.Y. Shariff from Chennai being another. I have no clue about them—who they are, what they do—but I do suffer pangs of anxiety when they fail to send us a mail in an odd week. What happened? Are they okay? These are thoughts that invariably play in the mind till their mails reach us unfailingly some days later.

The letters come through various means and are of varied shapes and sizes. Emails are the preferred choice, but the old-fashioned inland letters and postcards are not entirely obsolete. Some short, some long, the letters rightfully betray a sense of entitlement of the senders, having invested their time and faith in Outlook. An overwhelming majority are respectful too. Even the most critical of them invariably apologise for their harsh words as and when I personally respond to explain our position. Mutual respect, after all, remains the bedrock of Outlook’s relationship with its readers.

A treatise on letters from readers will certainly not be complete without referring to the ones that I received from a schoolgirl somewhere in Gurgaon. Seemingly spirited, the girl was aghast that we still packed our Outlook special issues in plastic and pledged to write to me every week until we changed our ways. She didn’t keep her promise, having inexplicably stopped after writing for several weeks. But I am happy to concede that she made a difference and we have finally decided to discard plastic, deferring to environmental concerns. When readers speak, Outlook certainly listens.

(The writer is editor-in-chief, Outlook)