Bheem Patrika, published since 1958, is our longest-running Dalit periodical 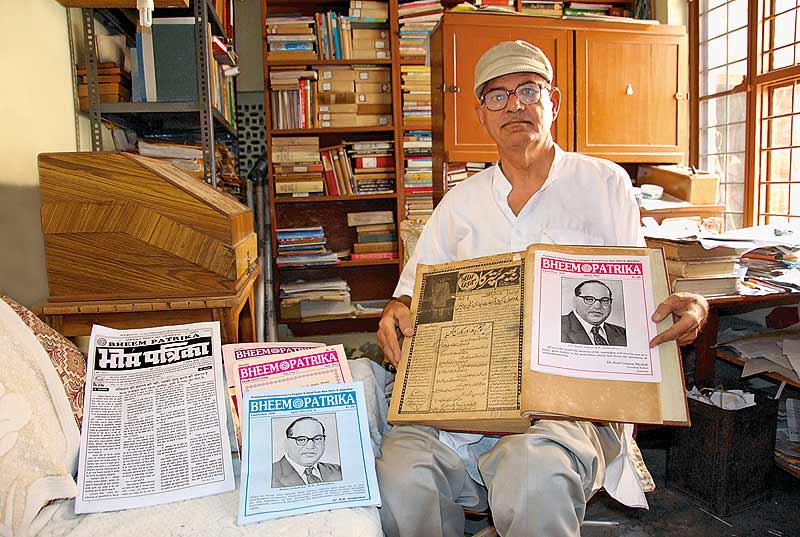 A small, dusty study with stacks of books and periodicals, a typewriter encased in a wooden painted cabinet and a computer covered with a cloth. Other rooms in the house in Abadpura, a Dalit locality of Jalandhar, are stacked with more books, Dalit literature, copies of old newspapers and some spare copies of Bheem Patrika, the oldest and perhaps the only magazine on Ambedkarism published uninterrupted since 1958.

Seated at the ancient desk is editor and founder Lahori Ram Balley, still sharp as a whip even at 83 years. He takes a moment to assess whether we aren’t there to “waste his time”, gestures towards a sofa occupied by more books and then spends the next two hours recounting his fascinating story of how, two months “before the man died”, he came to give his word to Dr B.R. Ambedkar that he would devote his remaining life to spreading his message. Balley was then just one among the scores of Dalit volunteers who hung around Ambedkar in the 1950s: worshipping him like a God, ready to do his bidding at a glance.

The Bheem Patrika, which today is published in Hindi and English from Jalandhar, was in its early years an Urdu magazine that struggled to stay afloat under the stewardship of its impoverished editor. Balley, a matriculate, had studied Persian and Urdu and knew little Hindi and even less of English then (he later picked up both and even Russian). “During one of my numerous stints in jail, which I visited repeatedly for upholding Ambedkar’s ideology, I learnt Hindi...and in 1965 we began publishing the magazine only in Hindi, because by then there were few Urdu readers.” Unlike now, when he has scores of writers on his panel, it was hard to get material in the early days. “I and a couple of friends often wrote articles under different names, or reproduced the speeches and writings of Ambedkar in the Patrika.” It is today a magazine with a countrywide reach but modest circulation, which Balley refuses to exaggerate. The Patrika is the core around which Bheem Patrika Publications came up in 1963, publishing books on Ambedkar and making available his writings and speeches (translated into several Indian languages) for readers.

On September 30, 1956, Balley had gone to meet Ambedkar at his house on 1, Hardinge Avenue in Delhi on a day when the Dalit icon was extremely unwell. “I could see that he had only a few more days to live and there and then I promised him that I would devote the rest of my life to spreading his ideology in the world. Two months later, when he died, I resigned from my job at the government printing press, moved to Jalandhar and took up activism.” 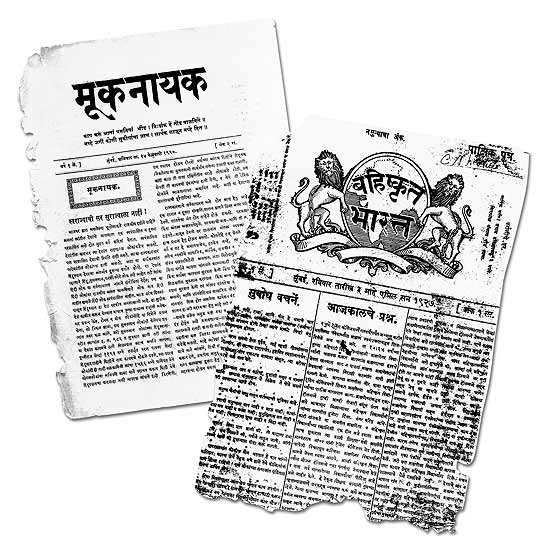 Those were hard times, and with no job Balley began to freelance for newspapers and translate material for the Russian and US embassies to get by. He joined the Republican Party of India in 1957, but left it after six years and gave himself up full-time to Dalit literature. Following in the steps of his ideal, in 1963, Balley converted to Buddhism and is now a revered figure in Dalit circles. In Punjab’s Doaba region which has around 35 per cent Dalit population, Balley is respected across the occasionally divided Dalit spectrum. And not without reason.

He has joined every single campaign directed at getting more access to  Ambedkar’s writings for people. He counts among his achievements the rescue and publication of scores of his speeches and writings, many previously unpublished, that were locked in six trunks and in the custody of the Bombay High Court for almost two decades after his death. “We appealed to the courts and to Ambedkar’s warring children to let us have access to those precious papers which had begun to deteriorate. The All India Samata Sainik Dal, founded by Ambedkar in 1927, had launched a movement to get his unpublished writings published and as a member of the Dal, I joined the effort. The Maharashtra government eventually published the manuscripts in 1979,” he says. But by then Bheem Patrika Publications had already brought out several translations of Ambedkar’s classic essay, Annihilation of Caste, based on his undelivered speech for the annual conference of Jat Pat Todak Mandal of Lahore in 1936. (Ambedkar’s family filed a case against him for doing this.)

Balley and his publications have had the occasional brush with controversy too. Some of it is often provocatively anti-Hindu, and has been at the receiving end of RSS and other pro-Hindu organisations. His book, Hinduism, Dharam ya Kalank, which he claims has sold 10,000 copies in Nagpur alone, was banned by the Punjab government in 2009. This is one reason why some of Punjab’s Dalit activists, searching for a more harmonious integration of Dalits into mainstream society, disapprove of Balley’s “revolutionary ideas”. But as he puts it, “Dr Ambedkar had predicted that if India’s parliamentary democracy fails, there will be anarchy. We can see that happening in these times. With the spread of Maoism in India and the widespread appeal of their ideology among Dalits, I can foresee the Dalits being at the centrestage of the new upheaval that India is heading towards.” And his justification for this line of thought: “Ambedkar had said that if people cannot solve their problems through constitutional means, then they are at liberty to adopt unconstitutional means.” His is a diminishing tribe in the cacophony of modern-day Dalit politics, which he views with contempt for the “lip service they pay to the cause”.

Meanwhile, Bheem Patrika’s English edition was relaunched as a glossy new magazine in March this year, now reaching out to expat Dalits too, many of whom are also contributors. Though the magazine has an office in Jalandhar city and a small staff to run it, it is Balley’s book-strewn house in Abadpura which is still the nerve centre for this iconic Ambedkar journal.

It’s Not Red Vs Blue