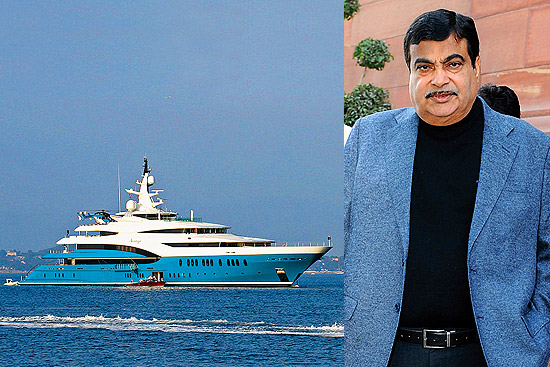 The months of July and August are maddeningly busy in the South of France—it is peak summer, glorious sunshine (with just the occasional thunderstorm), and most beaches get very crowded. Offshore, Europe’s wealthy set—commodity billionaires, real estate pashas, former dictators and ageing rockstars—holidays on luxurious priv­ate yachts, discreetly. It’s another world out there where the only passport you need is access and cash, lots of it.

Two years ago, in July, an Indian politician joined this exclusive club for a brief vacation. Nitin Gadkari—the 57-year-old leader from the now ruling Bharatiya Janata Party (BJP), MP from Nagpur, and current Union minister of road transport, highways and shipping—was in the South of France. Outlook has learnt that for two nights, July 7-8, 2013, Gadkari and his family (all told, nine people) vacationed on a massive luxury yacht, Sunrays, owned by the Essar group. The Gadkari entourage were guests of Ravi Ruia, who along with his brother Shashi Ruia controls the $39-billion Essar Group. 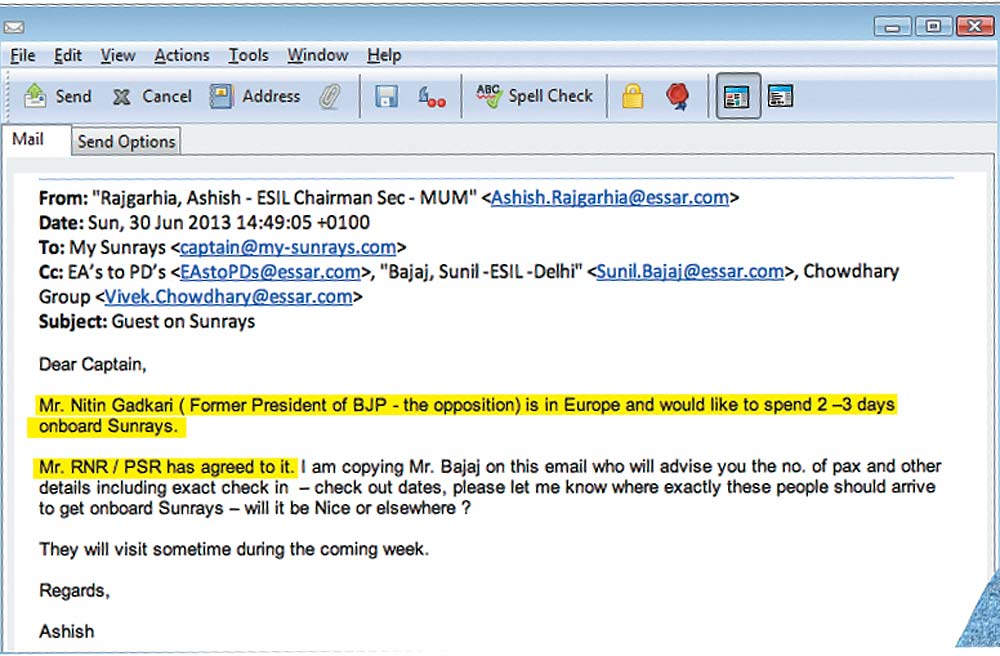 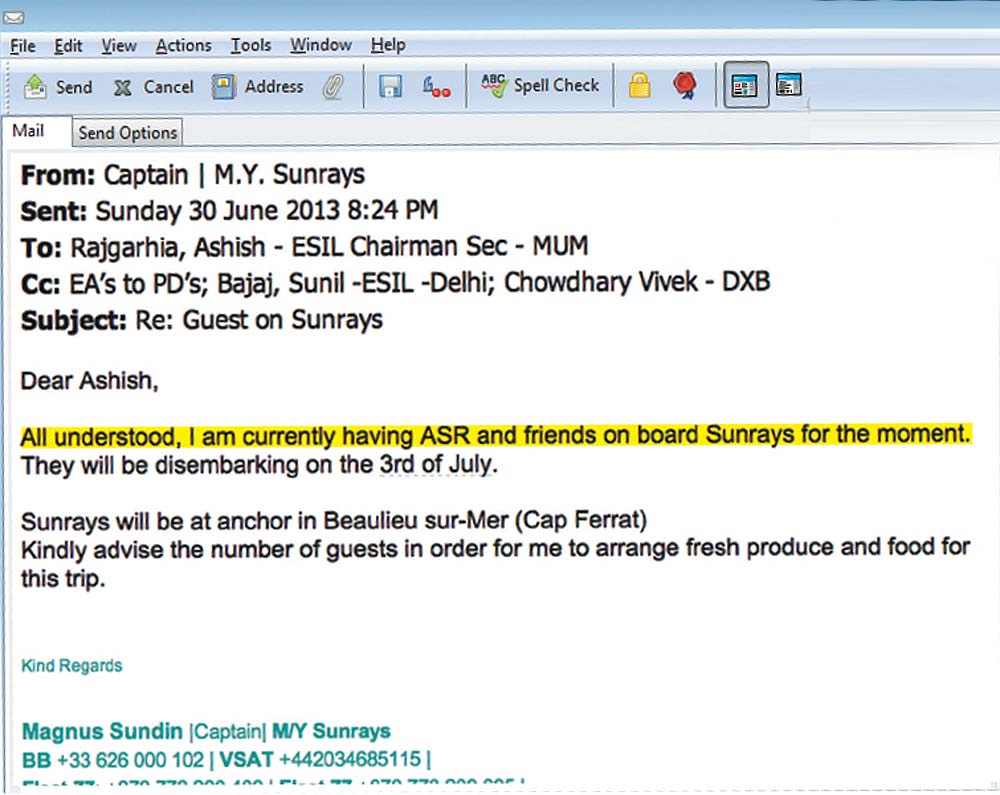 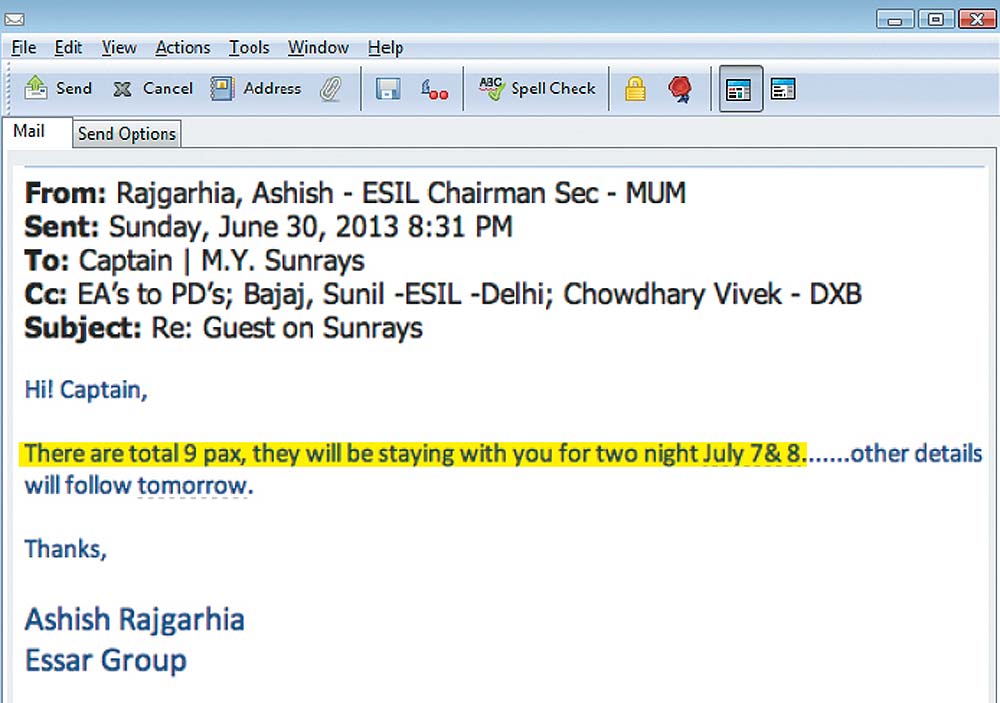