Let There Be Franchise For All

The 1951 election was a landmark in history, with the electoral roll becoming a marker of citizenship. This book is a homage to the gargantuan achievement. 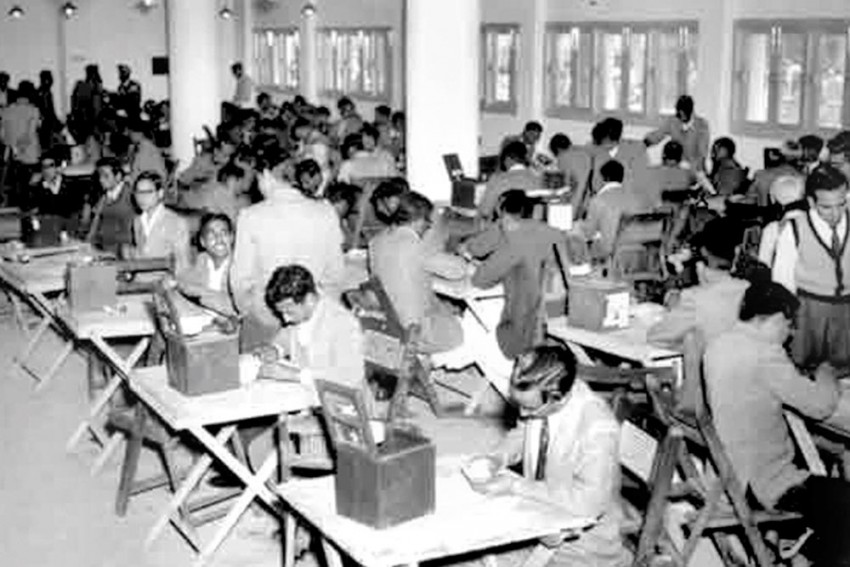 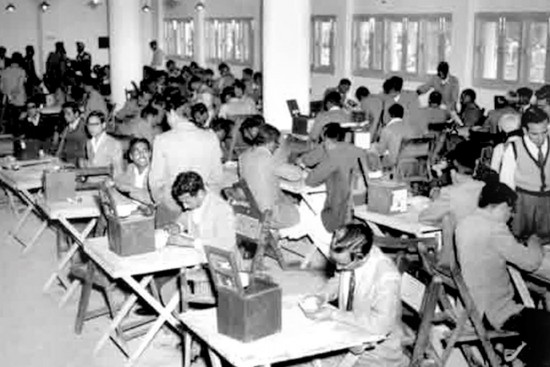 How India Became Democratic: Citizenship And The Making Of The Universal Franchise
By Ornit Shani
Cambridge University Press | Pages: 296 | Rs. 3,263

“An electoral roll on the basis of universal franchise prepared and maintained as accurately and as up-to-date as possible, was the plinth upon which the institutions of electoral demo­cracy would rest.” Thus writes Ornit Shani, capturing the very ess­ence of Indian democracy and the reason why she undertakes the task of exploring the “greatest experiment in democratic human history”.

How India became Democratic is a never-told-before story of the first general elections in India and the administrative efforts that went behind it. Shani has put in tremendous research—the archival materials that form the bedrock of this narrative were literally excavated by her from the basement of the Election Commission of India. Building on this rich material, the book is a vivid and fascinating tale of how the first voter list was drawn by far-sighted bureaucrats even before Election Commission of India was born and even before the 552 princely states were integrated into the newly-formed country.

Shani argues that India’s tryst with democracy is not a tale of a top-down approach. It was a struggle by people whose lives were at stake, and bureaucrats, who made it a huge success.

On attaining independence, India was left an illiterate and poor nation with millions of refugees and masses of people without identification document. To establish adulthood in the absence of any documents and to decide the fate of millions of refugees who had poured in was no mean task. The criteria for registration were simple. A person had to be a citizen and had to reside in the place of registration for a minimum of 180 days. However, ‘who is an Indian’, or a ‘citizen’ was a very contested question at the time. And the surest way to be a citizen was to be enrolled on the voter list. So, millions of refugees made it a point to enrol themselves as voters in order to ensure their democratic citizenship of India. Aware of the advantages that would come by being on the voter list and consequently as citizens, Partition refugees strove for a place on the electoral roll. To do so, they had to declare at the time of registration that they int­ended to permanently reside at the place where they were registered.

Thus, India’s tryst with democracy, argues Shani, is not a tale of a top-down approach by a few elite bureaucrats. Democracy in India was a struggle by the very people whose lives were at stake, as well as the low- and middle-level bureaucrats who ensured that the democratic experiment was a huge success. Shani illustrates how every eff­ort was made to include all sections of the society. For example, through letters and archival material she demonstrates how vagrants in Mumbai, living in huts on municipal land without permission and paying no rent, were also included as citizens and thus registered on the electoral roll.

Shani’s book, however, is not a bureaucratic account of the mechanical process of making the electoral roll. It, in fact, is a fascinating tale of the ‘democratic imagination’ of the country. When many harp on the continuation of the colonial legacy in post-colonial India, this book is a tale about India breaking away from its colonial past and defying the colonial belief that it would be a misfit with the concept of universal adult franchise. Colonial administration had, in fact, widely claimed that universal adult suffrage was ‘administratively unmanageable’ and ‘impracticable at present’. However, unlike other British colonies with similar structures which could not evolve into fully-functioning democracies, India became an exception to the rule. The book is testimony to the revolutionary thinking of our Constituent Assembly and brings to light the fact that Indians became voters bef­ore they became citizens, thanks to the far-sightedness of the officials involved. While the first general elections were held in 1951, the “complex preparatory work” had begun since September 1947. Unlike the current day perception of bur­eaucrats as inefficient, this book portrays them in a whole new light, as champions of Indian democracy. B.N. Rau, S.N. Mukherjee, K.V. Padmanabhan, P.S. Subramanian—all members of the Constituent Assembly Secretariat (CAS)—are rightly described by Shani as the unsung heroes of Indian democracy. And it is the heroism of these officials that on the eve of the 1951 general elections, 49 per cent of India’s population (173 million citizens) was registered as voters—the largest in any country!

Shani’s is a valuable addition to the scarce literature on the study of the democratic enigma that is India. Any person wanting to understand the process of India’s democratic transition must read this book.

(S.Y. Quraishi is a former chief election commissioner and the author of An Undocumented Wonder: The Making of the Great Indian Election)

The Bat And Beetle Flew