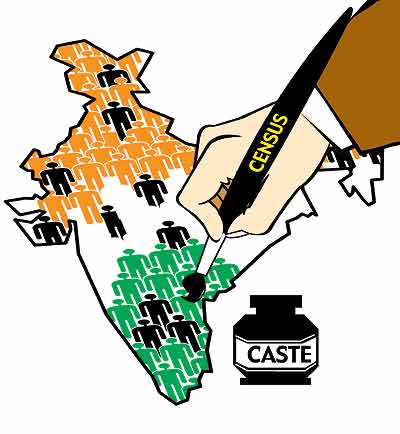 We do not yet know what upheavals will be caused by the old, not to say divisive, bogie of caste about to be let loose in the 2011 census. In all likelihood, it will engulf in its raging torrents the existing protagonists of the OBC brand of politics. While they have egged on the government to revive caste-based census after 80 years, the Laloos, Mulayams and Sharad Yadavs seem to have been unable to gauge its adverse effect on their own political interests. Commentators are sceptical of caste being included in the census, fearing a deluge of caste claims and counter-claims that independent India has striven to avoid, since such conflicts are deemed detrimental to our constitutional goal of a casteless society.

But since we have already walked down the road of caste-based reservation and have of late been grappling with the issue of a ‘creamy layer’ hogging the benefits over a few generations, enumerating caste in this census might provide an opportunity to understand this contentious layer with a degree of precision. The creamy layer apart, there are also faultlines between groups that benefit from reservation. An example of this is the bitter, aggressive resentment that Gujjars in Rajasthan feel against the Meenas, who have reaped benefits through their ST status. During the previous BJP regime in Rajasthan, that resentment had erupted in an agitation for ST status. The Meenas had traditionally the same standing in society as the OBC Gujjars, who found their benefits eroded when the more dominant Jats were granted OBC status in Rajasthan. The Meenas, naturally, oppose the Gujjars’ demand for ST status. In a parallel case, Muslim Gujjars in Jammu & Kashmir, who have ST status, oppose the demand of  the Paharis of the Jammu region for the same status. They think the Paharis will eat into their share of preferment.