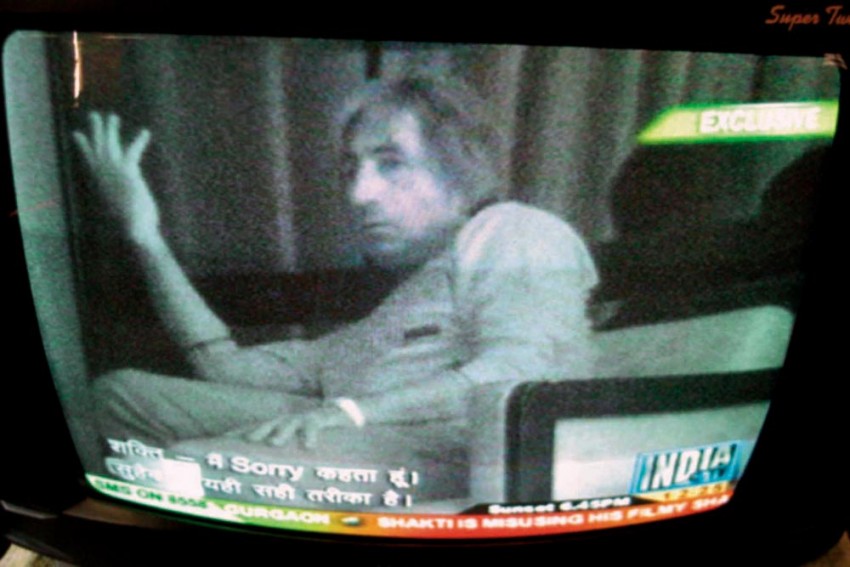 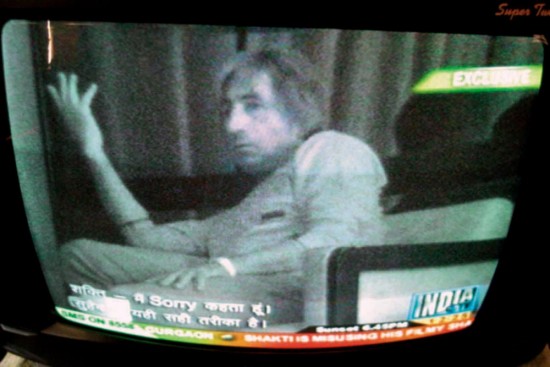 Think again. Do you really think women in the film industry—stars who have made it; starlets who are waiting for their turn; dancers and extras, the hopefuls who are chasing the stardust—will come together for a #MeToo moment and join voices to expose the minefield of violations that lies hidden beneath the glamorous veneer of the film industry? Fat chance. Exploitation is a password that everyone in the industry knows, and many use to their advantage. When the prize is a package that delivers money, fame and logic-­defying adulation, and the competition is relentless, silence is the name of the game.

I have seen how the silence game is played, in some measure. When the mother of an aspiring actress tells her daughter at a party to find a seat beside a well-known director and “be nice to him”, I have seen the silent looks that pass between the hesitant girl and the mother before she gets up to do as bidden. It is the first of many silences that will follow. I have seen it in the eloquent looks a director kept sending towards a heroine, a married woman, whom the press has written off as a has-been because of her marriage. I watched her silent confusion when he approached her and drew her aside for an intense conversation. I have no idea what transpired after that evening, but, yes, she did get her first big role post-marriage in a film dir­ected by him. And I have seen male stars approach pretty young things waiting to be noticed, throwing them into a flurry of blushing and giggles, as the first step to a seduction ­routine that could lead anywhere.

Every entrant into films, anywhere in the world, knows she is entering a man’s world, where the power to make or break rests in the hands of a man—an agent, a director, a producer or even, as we all know, a male star. Beauty is the first key that opens the door to stardom, and it will also make her the unwitting bait for every predatory male who crosses her path. Avuncular directors, opportunist co-stars and sugar daddy producers are not just stereotypes one sees in movies, they are real people whose names we know, whose work we admire, and whose ­behind-the-scenes act­ions we choose to turn a blind eye to.

So we forgive an Alfred Hitchcock who had a secret peephole through which he could peer into his leading ladies’ rooms, and we shrug when we read about a veteran actor who, in collusion with the director, forced a long liplock on a 15-year-old Rekha in an early 1970s film. Even more damningly, the unit boys whistled and clapped while the young Rekha dissolved into tears. The western world didn’t care a damn when the heroine of Last Tango in Paris went public about a surprise rape scene that humiliated her and made her break down on the set. Her co-star, Marlon Brando, and dire­ctor Bernardo Bertolucci, who had colluded over the rape scene, were nominated for the Oscars! And the Indian public felt sorry for an actor when Hema Malini slapped him for spreading a rumour of an affair between them to push his image. He was a fine actor, after all, and she only a dream girl!

Even the sting operation that revealed that  an on-screen villain was not averse to using the casting couch to bait young women entrants to the industry caused more of a fur­ore within the industry than outside it—bec­ause he named top directors and stars as being equally guilty, in his effort to clear himself. While some industry sons talk openly of their fathers’ prowess with their leading ladies, other sons follow the ­father’s example, notching up conquests, not all of them consensual.

Exploitation has many levels—ranging from the ‘hands on’, touch-and-feel approach, to emotional seduction, to the more direct rape, depending on the calibre and level of the ­predator. But all actions signify the same thing: it is a power game in which power rests in the hands of those who can, by offering the right break or role, turn an actress into a star. Every aspiring star knows this, and also knows that resisting could mean losing a role or ending up with a botched career, or in case the film has already been completed, finding herself ­decimated at the editing table.

There may never be a breakthrough. Not until a new ­generation of ­directors and producers take up the reins.

Indeed, for decades, our silver screen heroes have underlined what the industry thinks is its privilege. That teasing, cajoling or even manhandling a woman is part and parcel of a man-woman relationship; and that her nos actually mean yes, and will eventually be expressed as na na karte pyar tumhi se kar baithe. Except that the dominant emotion behind the scenes is not romantic love, but lust on one side and fear on the other. Fear, leading to silence.

Yes, it is true the silence has been broken. Young women in the industry who have managed to evade the trap, such as Radhika Apte and Kalki Koechlin, have spoken up. Taking a cue from them, veteran actress Daisy Irani broke a silence that spanned decades to expose her ‘guardian’ as being guilty of raping and belting her when she was just six years old. It was her warning to over-ambitious mothers of pretty young girls who hope to fulfil their aspirations vicariously by pushing their dau­ghters into the film industry. These are flashes in the pan, though, not a real breakthrough of light through the clouds of silence. 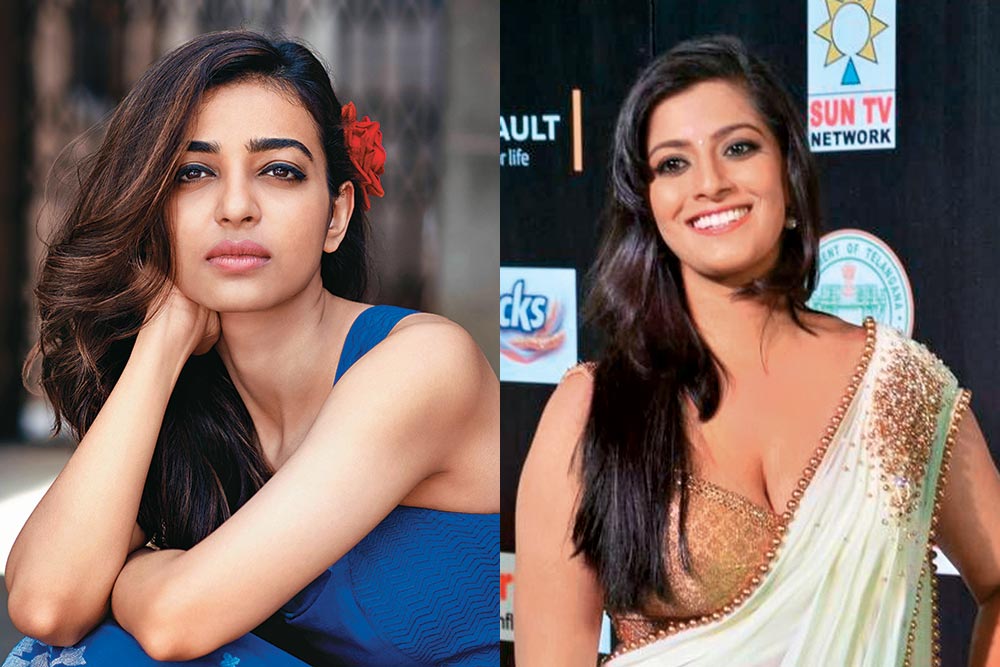 Radhika Apte, who evaded the trap (above); Varalaxmi Sarathkumar, who spoke out only to ­receive derision

And mark my words: there may never be a breakthrough. Not while the star system continues. Not until a new generation of educa­ted, gender-sensitive directors and producers take up the reins of the industry. Not until women entering the industry enter with a do-or-die bravado that helps them hold their own, and bank on their talent rather than their looks.

So, abandon hope, all you out there waiting for the #MeToo flags to go up and name the wicked violators! That is never going to hap-pen as long as the boys’ club holds the higher ground. Because, even if an aggrieved star such as Varalaxmi Sarathkumar, Tamil actor and daughter of veteran actor-politician R. Sar­ath­kumar, speaks up, her words are washed away in derision or shrugged off as a publicity stunt.

However, some heroines who ruled the silver screen have managed to evade exploitation at almost every step—and who knows, with growing awareness, their numbers may increase. So, instead of waiting for a #MeToo campaign to break out and expose the wolves on the prowl in the industry, what will really make a difference is a #NotMe campaign. If strong women who have made it big, while evading all the traps set in their path, speak up, it could inspire others. Younger women entering the industry can take heart and find the courage to evade, protest and expose exploitation. Casting-couch specialists, passionate co-stars who demand off-screen benefits and producers who expect favours in advance could then become the ­exceptions rather than the norm.

Instead of waiting for celebrity actors to take up the #MeToo call, let’s call on those that got away. Let them raise the #NotMe flag. They have the guts and the gumption, as their ­personal journeys have proved. Why copy Hollywood? Let Bollywood show the way. With #NotMe, let the real heroines of Indian cinema come forward. And strike the first blow to break the silence.

(The writer was editor of Femina for over a decade)