LeT It Be Known: This Is Lakhvi 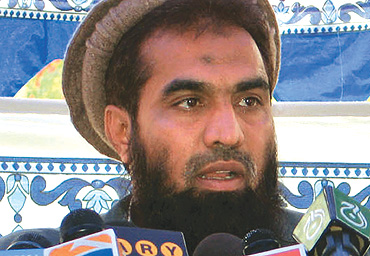 Born on December 30, 1960, Lakhvi’s stock in the shadowy world of jehad zoomed when his sister got married to Abu Abdur Rahman Sareehi, a Saudi who was counted among Osama bin Laden’s trusted lieutenants. In 1988, Sareehi established Lashkar training camps in Afghanistan’s Kunar and Paktia provinces; Lakhvi was among the top trainers there. Perhaps his clout in the Lashkar was also enhanced because of the Rs 10 million Sareehi donated for building the Lashkar’s Muridke headquarters, from where the Jamaat-ud-Dawa (JuD) now operates.

Lashkar’s participation in the Afghan jehad enabled both its founder, Prof Hazid Mohammad Saeed, and Lakhvi to endear themselves to the Pakistan intelligence establishment. The two were persuaded to deploy their foot-soldiers in Kashmir, following the Soviet pullout from Afghanistan in 1989. Lakhvi was made the Lashkar’s operations chief in Kashmir, where the militant outfit was soon to court infamy.